Jaume Navarro received his PhD in history of science from the Universitat Autonoma de Barcelona (1998). He has been a researcher at the universities of Cambridge, Imperial College (London) and the Max Planck Institut für Wissenschaftsgeschichte (Berlin). Currently he is an Ikerbasque Research Professor and a member of the Praxis Group at the Faculty of Philosophy, UPV/EHU. 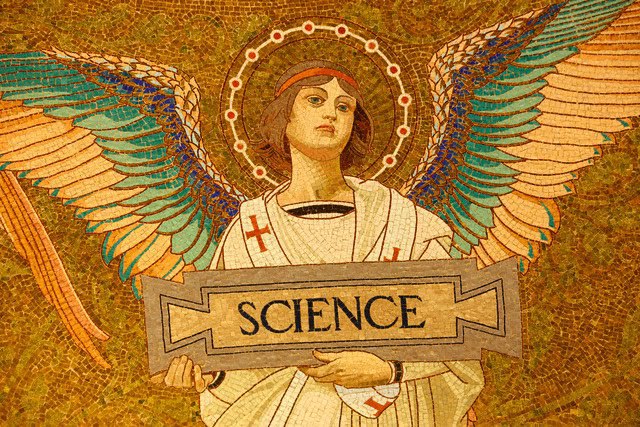 Science-and-religion is a huge industry, especially in the Anglo-American world. From Richard Dawkin’s God Delusion1to some contemporary Creationist movements, the stage is set for a fight between modern reason and obscurantist superstition, or divinely revealed truth and pretentious scientism, depending on which side of the fence one chooses. But, should one necessarily take sides in this Cowboys-and-Indians warfare? Not really. Most scientists and philosophers, religious and secular alike, remain apathetic about the so-called “conflict thesis” and passively or actively support the other three possible relations between science and religion according to the classical typology put forward by Ian Barbour: indifference, dialogue or integration2. The conflict thesis is, however, popular in the public sphere, thus demanding some historization so as to better understand its past origins and deflate its current strength.

What needs to be historicised is the statement that “science and religion are always in conflict”, and not so much to try and find historical examples where such conflict may have (anachronistically) happened or not. An example of the latter is the recurring studies of the Galileo affair. Any interpretation of this episode of the early 17th century will fails to characterise the relations between science and religion since neither fully existed at the time, at least not in the way we understand them today. Peter Harrison, the former Andreas Idreos Professor of Science and Religion at the University of Oxford, argued rather convincingly that the conflict thesis was a by-product of the process of constructing the boundaries between modern science and other activities which took place in the nineteenth century3. In a nutshell, Harrison’s argument is the following: much current historiography of science agrees that one cannot speak about “science” proper before the nineteenth century. Prior to that, one can talk about natural philosophy, natural history, alchemy, etc., but these activities were not socially, institutionally, or personally distinct from philosophy, theology or politics. Similarly, “religion” is a category that, in its current meaning, can be traced back, first to the Wars of Religion in post-Reformation Christian Europe and, later, to the Imperial encounter and manipulation of political and spiritual realities in the colonies overseas. Moreover, the notion of religion, in which Christianity would dissolve as one among many other realities (on equal terms with Judaism, Islam, Hinduism, Buddhism, etc.), may also be understood as part of the secularising project of the Enlightenment. Based on these two elucidations, Harrison’s point is that the kind “science-and-religion” can only be a product emerging at the time of the consolidation of the categories of both “science” and “religion”.

Was the conflict thesis a necessary consequence of this process? Like everything else in history, the answer is no. Then, how did it gain momentum and how is it that it still holds legitimacy in the public sphere? One way to better understand the social and political origins of the conflict thesis would be to use Eric Hobsbawm’s notion of “invented tradition” with which the late historian characterised many of the identity-shaping traditions of nineteenth-century nationalisms. In his words, an invented tradition is “a set of practices, normally governed by overtly or tacitly accepted rules and of a ritual or symbolic nature, which seek to inculcate certain values and norms of behaviour by repetition, which automatically implies continuity with the past. In fact, where possible, they normally attempt to establish continuity with a suitable historic past”4. In close relationship with this idea, Benedict Anderson coined the notion of “imagined communities” to express the unity between unrelated people who share a common identity, a sense of belonging, like in the case of nationhood, religion or party politics5. Individuals of an imaginary community, thus, share in a number of invented traditions that help them coalesce in a common identity. My claim is that the process of increasing professionalization and specialization that led to the emergence of “the scientist” involved the creation of an imagined community (namely “science” or “the scientists”) and a number of traditions, one of which was that of being the victim of religious and clerical antagonism. Let me elaborate on that.

William Whewell coined the word “scientist” in 1833, a term to designate a new kind of person, unknown of in previous times: the man with a professional activity in physics, chemistry, astronomy, mechanics, etc., and who could no longer be called a philosopher. This professionalization of science, which was partly a product of the post-Enlightenment, took place first in professional guilds, industrial facilities and in the new centralised-State bureaus. The old universities were the last strongholds to resist scientific specialisation. The new scientist needed a sense of community as well as rhetorical and institutional instruments to reject potential interlopers like philosophers, amateur naturalists, and, also, clergymen. Thus, the latter became only one of the targets of those who advocated for the professionalization of science.

A now classical paper by the late historian of science Frank M. Turner examined the professional dimension of the conflict between science and religion in Victorian Britain6. Towards the middle of the nineteenth century a number of professional scientists started a public campaign to promote the social prestige of science as an activity both prestigious and necessary for a modern state. So far, academic natural philosophy was largely seen as an ally to theology. As a matter of fact, a generation of Christian polymaths, many of them clergymen of the Church of England, had developed a particular brand of natural theology in the early nineteenth century, one which saw in the findings of geology, biology and mechanics the material signs of a designer-god. The Bridgewater Treatises, bequeathed by the Reverend Francis Henry to enhance the study of “the Power, Wisdom, and Goodness of God, as manifested in the Creation”7 were just the tip of the iceberg of a marriage between natural science and theology that kept the former subservient to the latter, thus preventing the full and independent development of science among the intellectual elite. This tradition was, thus, one of the targets by those who argued for an independent, professional and socially prestigious science.

The X-Club was the most visible of such lobbies. Thomas H. Huxley, John Tyndall, Herbert Spencer and a few other young scientists regularly met and collectively schemed in order to occupy relevant positions in academia and professional bodies and, thus, to change the face of science in Britain. Part of the rhetoric they used was to show that the establishment, and with it the Church of England, was preventing the development of science and the welfare of the country. Members of the X-Club came predominantly from the academic fringes (educated, for instance, outside the traditional Oxford-Cambridge system) and also from the middle classes. Their sense of alienation was an element they used in their campaign to create an “imaginary community” of scientists with a collective identity and a common purpose. Thus, the global conflict thesis between science and religion evolved into an “invented tradition” the purpose of which was to amalgamate scientists in the institutional fringes in their battles for the professionalization and institutionalization of science.

Just to give an example. Francis Galton wrote, in 1872, a statistical study on English men of science. Part of his argument was to show that the clerical job was not congruous with science. To do so, he chose to select as “men of science” only those who held professional jobs in science, which, of course, were alien to clergymen. It came as no surprise that with this a priori “religion” became an obstacle to scientific work. Also in this context can we read the first book ever written explicitly on a supposed global conflict between science and religion: John William Draper’s 1874 book entitled History of the Conflict between Religion and Science. Presenting “religion” as a historically permanent obstacle to science, the author was providing with a global enemy, one intended to amalgamate scientists in a common identity.