Jon Agar is a Professor of Science and Technology Studies at University College London. He writes on contemporary technologies (such as mobile phones, ID cards) and the history of modern science and technology. He is the author of Science in the Twentieth Century and Beyond published by Polity Press. He is also editor of the British Journal for the History of Science. 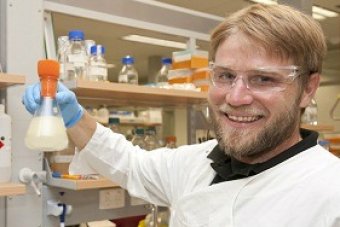 The category of the “promise” is an excellent subject for scrutiny by historians of science. Promises are made by, and on behalf of science, in many ways, from quite specific justifications (of the kid found in any research proposal) to a more general, cultural sense, widespread since the Enlightenment and traceable further back in time, to science as being a key to the future. But promises are also philosophically complex entities – as a quick glance at the Stanford Encyclopaedia of Philosophy’s lengthy article on the subject shows. A promise is a specific kind of relation between two actors (although the philosophers argue over whether you make a “promise” to yourself), in which something is offered and, if fulfilled, delivered. But there’s more: a promise carries a moral obligation, but it different from a moral duty; a promise has to be voluntary; they are not instant but have a time dimension; and they have consequences if not met. Promises are related to, but distinct from, a host of other relations, such as contracts, vows, oaths, pledges, treaties, or mere agreements.

In my talk (see video above) I asked where the “promises of science” could be found in a framework for understanding twentieth-century science that I developed in a book, an overview history of the subject, published in 2012. In that book I introduced the concept of “working worlds”, arenas of human projects that generate problems. It was my argument that the sciences solve the problems of “working worlds”, and also draw inspiration from them in other ways. Four prominent examples of working worlds that shaped the sciences in the modern world have been: the construction and maintenance of technological systems, care of the human body in sickness and health, civil administration, and the mobilization and maintenance of military forces. There’s a common pattern to the way that working worlds relate to the sciences. Typically it starts with the articulation of problems. Sciences often promise solutions, but do so in a distinctive way. More often than not, a simplified “representative” of the working world is built, one that is manipulable with the tools of science. So, for example, civil administration faces many problems with knowing the movement and location of people. These are not problems that can be solved immediately and directly. Instead a simplified representative is built, such as a database of census records, on which scientific techniques – of statistical manipulation for example – can be applied. The result, a return on the promise of investing in quantitative social science in this case, are solutions offered in terms of knowledge of the population.

I argued in my talk that “promises” can be, and often were, key components of working worlds, but also noted that since problems offered and solutions delivered are not constitutive alone of a promise (a promise requires an exchange between the same actors and an obligation), there were ways in which we might want to be careful in applying the term. Furthermore, the extent to which working worlds are promissory has noticeably varied according to patterns of institutionalisation: we, in the innovation systems of industrialised societies, much more likely to tie the promises of science to specific claims about its contribution to economic performance, say, rather than as a broader public or cultural good. There has been (certainly in the UK, but also elsewhere), a turn to a more contractual relationship since the 1970s, that has both encouraged but also narrowed promissory language.

Finally, I took the opportunity to argue that a fifth, major working world needed to be named in order to account for some of the important sciences in the twentieth and twenty-first centuries. To illustrate, I outlined and discussed a case study that I have been studying in detail this year. This case study is of the reform of measures of rarity of species in the 1990s. To summarise, there was a move from a broad, essentially qualitative assessment of how rare a species was, one based on expert judgement, to a new system based on extensive quantitative modelling of a species population using the methods of conservation biology. In terms of “promises”, the promise made to organisations such as the International Union for the Conservation of Nature (IUCN) and the Convention on International Trade in Endangered Species of Wild Fauna and Flora (CITES), was that the science would give a more robust, objective measure of rarity. There move sparked a lot of argument. To give an example that is directly relevant to San Sebastián/Donostia, how should you measure if cod, say, was threatened with extinction (locally or globally) or not? What methods should be used? As you can see, what on one level seems to be a narrowly scientific question, on another level can have consequences. My research on this debate is continuing. For now, however, I concluded that the promises the sciences make to solve such problems of the fifth working world (the monitoring and maintenance of global order) deserve the attention of historians of science.

The comet of the century is dead

Is cancer a side effect of the treatment of cardiac problems in children?