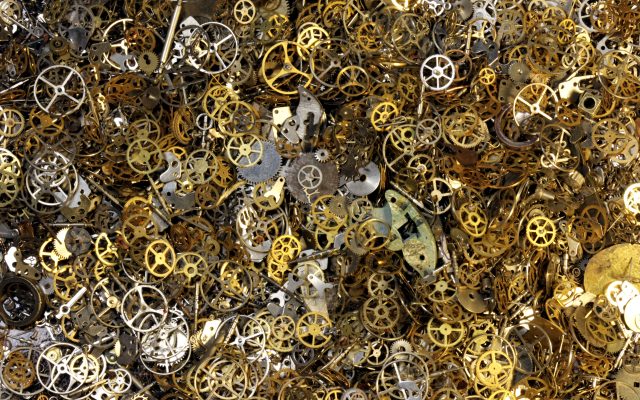 The most notorious argument presented in favour of the theory that asserts that living beings are necessarily the result of a conscious and deliberate act of intelligent creation, is William Dembski’s ‘explanatory filter’ (EF). According to this argument, when explaining anything, we have three alternatives: first, we shall try to explain it as the result of a natural law; if, on the basis of the information we have, we conclude that it is not possible that the phenomenon we want to explain is the result of a natural law, then we consider a second alternative, which consists in the assumption that the phenomenon is due to chance; lastly, if the chances of the phenomenon having being generated by a purely random process are too low, then we are left with no other option than the third possible explanation, which consists in the assumption that the phenomenon is the product of a deliberate action by an intelligent being. So the EF amounts to the thesis that everything is the product either of natural laws (‘necessity’), of chance, or of intelligent design. Dembski, of course, adds to this schema (which, as we shall confirm very shortly, is far from being problem free) the additional premises that the existing living beings have features that make impossible to accept that they are the product of natural laws or of chance, hence concluding that, ‘necessarily’, they are the children of a conscious mind.

Most criticisms of Dembski’s EF have mainly insisted in the lack of basis of his claim that biological features cannot be caused by natural processes (neither known, nor unknown); I will refer again to this problem in a future entry, when discussing the ideas of information and probability, but I want to concentrate now in analysing the idea of ‘explanation’ that underlies the EF, and to contrast it with the ideas of explanation which have become the standard in the literature on philosophy of science. The most important thing to say in this respect is that ‘explanation’ refers, in Dembski’s argument, to what we can call more appropriately ‘causation’; it is assumed that everything must have one of the three possible and alternative types of ‘causes’, and it is also assumed that ‘explaining’ something consists in identifying its ‘cause’.

Certainly, there is a strong tradition in philosophy of science claiming that scientific explanation is basically causal; scientific research, however, does not usually consists in identifying ‘causes’, but in describing the way in which the causes cause the phenomenon. The other two most common approaches to scientific explanation are, as it is well known, the nomologico-deductive view, and the unification view. According to the former, something is explained when it is (logically or mathematically) derived (deduced) from laws or regularities, whereas according to the latter, a theory is explanatory when it covers a great variety of different facts. These other two views of scientific explanation are much less favourable to the naïve notion of explanation of the EF than the causal theory, for according to the nomologico-deductive view, ‘design explanations’, as long as they are explicitly classified as something different from explanation from laws, fails to be a scientific explanation (for no regularity is indicated in this case), and also, according to the unification view, explanations from design fail to be successful as explanations because they do not allow to ‘unify’ the biological phenomena with other natural ones (for they offer a completely different kind of account of why things are as they are in the biological realm, from the account that works in physics, chemistry or geology, for example). This last comment might perhaps be contested by pointing that ID is coherent with similarly theologic-finalistic explanations often presented for the so called ‘fine tuning’ of physical constants, and even that it is coherent as well with explanatory accounts of supposedly non natural processes, like miracles; but, even accepting that ID can be considered as a segment of a wider explanatory enterprise which has some degree of ‘unifyingness’, it is not less true that, within the processes which are able of being scientifically, i.e., experimentally studied, ID introduces a completely heterogeneous kind of explanation; furthermore, the other problems of the EF strategy we shall examine in the next paragraphs are so strong that the possible unification virtues of ID theory become irrelevant.

The main problem with Dembski’s EF, in connection with philosophical explications of the notion of scientific explanation, is that, even accepting that some theories about scientific explanation put causal links as the fundamental element of explanatoriness, the truth is that all the three standard views on scientific explanation I have mentioned share something that is clearly missing in the ‘explanation from design’ strategy. This common ground is the assumption that all scientific explanation consists in a kind of description: what the theories, models or laws that explain empirical phenomena do, is nothing else than offering a partial description of how the world is, what specific types of processes take place in the world, or according to precisely what kinds of regularities those phenomena are linked. The nomologico-deductive account is the weakest of the three, in being relatively agnostic or liberal about what kind of ‘laws’ or ‘regularities’ are legitimate in empirical science; the causal view demands additionally that those regularities must be descriptions of causal processes, and the unification view demands that those regularities must be applicable to several realms; but the three accounts state explicitly that a scientific explanation starts by specifying ‘how’ something happens, and the option for the third ‘horn’ of the EF consists, precisely, in the renounce to know anything about the description of the process by which living beings happened to have the features they have. We are said that such an such features of biological beings would have been impossible without conscious design, but we are not given any hint at all about how the supposed existence of the conscious designer would have led to the existence of those features, whereas it is this ‘how-would-it-had-led-to” to we understand by ‘explanation’ in modern science. So, Intelligent Design theory pretends to offer a scientific explanation while evading to make the effort that turns an explanation into a scientific one, an effort that consists in showing how the phenomena to be explained can be logico-mathematically deduced from the description of the world given in the presumed explanation. I.e., to explain something, in empirical science, consists in formulating a description of a mechanism or process (the description can, of course, be partial, and limited to some features or constraints the process is supposed to fulfil), and then inferring, from the hypothesis that this mechanism or process is real, that the phenomenon to be explained will have the properties we have discovered in it, instead of other conceivable properties.

In the next post we shall discuss why, even assuming that the EF were about real explanations, it does not offer a fair description of the alternatives open for our choice.