Author: Fernando Giraldez is currently Professor of Physiology at the Universitat Pompeu Fabra of Barcelona, and has a broad experience in teaching and research in Neuroscience and Developmental Biology. 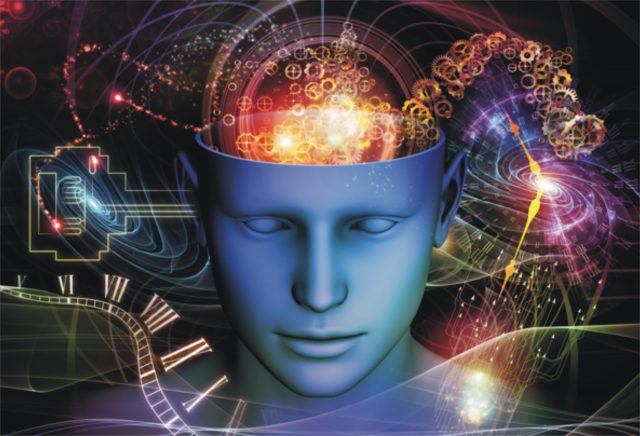 The view that music, maths and language are related is quite widespread. We know that they share common abstract properties and their associated skills and abilities seem to develop in association. We frequently refer to maths or music as “languages” and when describing music it is common to use terms like “musical lexicon” for the repertoire of schemas used by composers to produce music or those we use to listen and enjoy it. This thinking is not only a common place, but it also underlies a variety of scientific studies aiming at finding interactions and commonalities in the neural mechanisms that underlie the above so called “human faculties”.

Their mutual relationships frequently appear in the scientific literature as studies on the influence of one of these abilities on another, say the effects of music on maths or linguistic abilities, or vice versa. The assumption behind this view is that language and music are independent abilities that are different enough so they can interact. But, of course it may be that they share deeper and common neural mechanisms, and this is why they develop together. Neuroscientists have been actively studying the neural processes associated with music, language and maths (see 12). The effects of localised neurological injuries show that sometimes these faculties are associated, but also that sometimes they can be dissociated as in the case of certain forms of amusia, the inability to process different aspects of music in the absence of other cognitive defect. Brain imaging techniques show both that music, maths and language share the preferential activation of brain areas, and that they may require specific modules recruited for specific aspects of each ability. There is an interesting discussion on the evolutionary origin of such faculties, and their potential common roots, and the question of whether there are common neural mechanisms behind their formal similarities.

Music, maths and language share in common the ability to create and understand strings of symbols that allow “infinite” combinations. In a recent paper, Hauser and Watmull 3 propose that these and other cognitive functions, may all be the product of a universal generative faculty of the brain, and idea that in other terms was also discussed by Jackendoff 4. This notion derives from Noam Chomsky’s Generative Grammar, which postulates that language gives rise to infinite “well-formed expressions” by the reiterative use of a finite set of rules that are common (universal) to all languages. The principle by which this works is called recursion, which can be defined as the loop created by running a procedure that goes back (recurs to) to the initial set of rules every time it works. “A set of rules that can apply to their own output to produce an unlimited number of expressions from a finite set of primitives” (Jackendoff, 2011). An analogy of recursion is yoghurt production: you make yoghurt by adding yoghurt to milk, and every time this operation is carried out on a different milk you get a “new” yoghurt. Mathematical treatment of recursion is however not that simple and the application of such formal analysis to language is one of the disputed points of the theory (5; Jackendoff, 2011; 6). But nevertheless, here is where the potential mechanisms underlying language, maths and music may converge. Beyond their formal similarities, they are governed by rules that enable the generation of “infinite” novelty.

One other crucial notion in Chomsky’s view is that the rules for language production are innate. They constitute an inborn brain capacity that allows us the acquisition of any language 7. This may seem a bit counterintuitive because common sense says that we acquire languages by being exposed to languages. But as written by Chomsky “to say that ‘language is not innate’ is to say that there is no difference between my granddaughter, a rock and a rabbit. In other words, if you take a rock, a rabbit and my granddaughter and put them in a community where people are talking English, they’re all learn English” (Chomsky, 1968). Of course, this does not mean that we have English or Guaraní encoded in our genes. The idea is that we inherit the rules that allow us to speak any language (capacity), which develop into the actual languages we speak (performance), by exposure to particular languages and to the world of things around us. There are some innate rules of grammar common to any language, which are expressed in the particular languages and acquired through learning. Therefore, learning specifies the development of our innate capacity to use a language. And this is what happens also with music, which biologists regard as a “universal human capacity” that may be developed to a different extent in different individuals (both in perception or production), and in different flavours according to cultural exposure and musical tradition. Therefore, language and music acquisition seem to require some “unlearned special-purpose capacities” (Jackendoff, 2011) that must be encoded in our genome and departs from a mere probabilistic associative capacity.

However, the generative principle is not specific to language and music and seems to be deeply embedded in the operation of the brain, one striking example being the categorization of objects in the visual cortex. The infratemporal lobe hosts sets of neurons that are able to respond to specific object types, from faces and hands to screwdrivers or mobile phones. This is a repertoire of possible “things” that we may be exposed to, objects to which we are familiar. But it is very unlikely that we are born with the ability to recognize screwdrivers or mobile phones. What seems to happen is that we develop those “object cells” by using inborn rules that allow our brain to build up neuronal circuits that are selective to a variety of objects and shapes. We have genetically encoded the rules to build up “any” object, but they are specified in our particular object repertoire, our “visual lexicon”. Further, it is with these elements with which we build up the “infinite” diversity of perceptions according to intrinsic syntactic rules. And this is how we experience the world around us, by creating what we perceive as reality 8.

Therefore, it is attractive to think that the formal commonalities of music, language, maths, and other cognitive abilities may respond to deep and common neural mechanisms that account for their generative nature. If so, no doubt that the challenge is immense. Neurons play maths and logical calculus, but generative mechanisms and recursion do not imply specific neuronal properties or circuits, therefore, it is difficult to search for a particular neuronal circuitry or to know how circuits are specified and recruited for the different functions. Neurophysiology is still far from providing a good model of the operation of the visual cortex, which is perhaps the closest we are to measure the activity of neurons associated with such a generative capacity. Further, generative circuits may constitute a physiological “system” shared by music, maths and language. But generativity may be as well a “functional a property” shared by multiple anatomical and physiologically specific systems: a way of operation of different and independent regions of the brain processing in parallel (Jackendoff, 2011; Peretz et al. 2015). This question belongs to a broader discussion on the degree of specificity and localization required for the different functions and beyond, to the weight of brain localization in complex brain functions.

In summary, the universality of generative brain mechanisms underlying music, maths and language, and perhaps other abilities, may respond to common neurophysiological mechanisms. This is inspiring and may provide with an interesting framework to get closer to the biology of those human capacities. It is also possible that different “generative engines” work in parallel both within and beyond music, maths and language (Jackendoff, 2011). In a way, generativity and recursion may be embedded in life as one aspect of adaptation, as the obstinate fate of organisms to replicate and change at the same time: rules for repetition and variation that are driving forces for evolution, powerful self-perpetuating mechanisms 9. After all, what are DNA and evolution if not an example of recursion?

Language evolution (2): What’s behind the emergence, use and change of language?

Musical anhedonia, not everyone likes music