Author: Elger Abrahamse is an Ikerbasque Research Fellow and staff scientist at the Basque Center for Cognition, Brain and Language (BCBL)

Culture may be defined as the system of customs and beliefs that are deeply shared within a specific subset of the population. It includes ample behavioral scripts – informal guidelines about how to behave (appropriately) in a certain context – and these scripts can differ greatly between cultures. To what extent behavioral differences between cultures are accompanied by equally clear-cut distinctions in the fundamental cognitive and neural mechanism of the brain, is still heavily explored and debated. 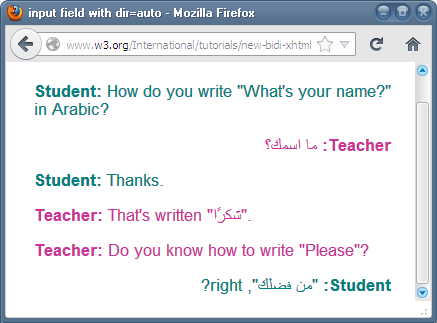 In a recent study 1we demonstrated a cultural impact on one of the most fundamental building blocks of human cognition, namely serial order working memory. Serial order working memory refers to our ability to encode and maintain in mind a novel sequence of events – thus a sequence of events that is not supported by existing structures in long-term memory. This ability contributes to major cognitive functions such as planning, reasoning, and the quintessential human capacity of language.

For example, consider how we can effortlessly create a novel password for a social media account by re-combining the letters and numbers that code for our name and year of birth. In a set of earlier studies, it had been demonstrated that serial order working memory builds on spatial cognition: A novel (and non-spatial!) sequence of items is spontaneously ´spatialized´ by the brain in the sense that early items of the sequence are mentally classified towards the left, whereas later items are increasingly classified towards the right (e.g., 2; 3; 4; 5; 6; 7). This observation, which has been shown to hold for letters, numbers, colors, and words, was somewhat surprising since spatial and non-spatial working memory have traditionally been studied in relative separation 8. We reasoned that the human brain spontaneously generates a ´mental whiteboard´ when required to memorize novel item sequences, such that it can ´mentally write down´ these items for later consultancy 9.

Guida and colleagues (2018) asked the question where the systematic left-to-right orientation of the metaphorical ´mental whiteboard´ stems from. Since all the participants in the studies described above were from Western cultures, reading direction immediately comes to mind as a candidate explanation. Indeed, reading is a left-to-right oriented procedure that is systematically shared between these participants. To investigate the potentially shaping role of reading direction, we recruited three groups of participants: left-to-right Western readers, right-to-left (monolingual) Arabic readers, and (monolingual) Arabic-speaking illiterates. These participants were tested on our serial order working memory task, in which they were required to memorize arbitrary sequences of colored patches. To diagnose the potential spatial involvement, we compared performance measures (speed and accuracy) for left versus right responses during retrieval of specific color items from these sequences. The results were clear-cut. First, we replicated previous work for the group of Western readers, with early color items of the sequence being responded to faster with left than right responses, while right responses became increasingly faster for later items in the sequence. This response pattern again indicates a left-to-right mapping of serially organized items onto the metaphorical mental whiteboard. Strikingly, the Arabic-speaking readers showed the reversed pattern: early items of the sequence were mapped towards the right, whereas later items were increasingly oriented towards the left. Finally, no systematic spatial coding was observed for the illiterates.

This study thus demonstrates a direct impact of reading direction on a key building block of human cognition, our serial order ability. Hence, culture ´literally´ shapes our thoughts. Future work should continue exploring cultural impact across other building blocks of human cognition (e.g., 10), and if and how such impact may relate to cultural differences in global thought and behavior (e.g., 11). Even though it is a big jump from basic mechanisms, such as serial order, to an individual´s customs, beliefs, and convictions, we hope that work like ours ultimately contributes to a better understanding of why members of different cultures hold such fundamentally different views on critical aspects of life and society.

Language, semantics and discourse: into the Landscape Model of reading