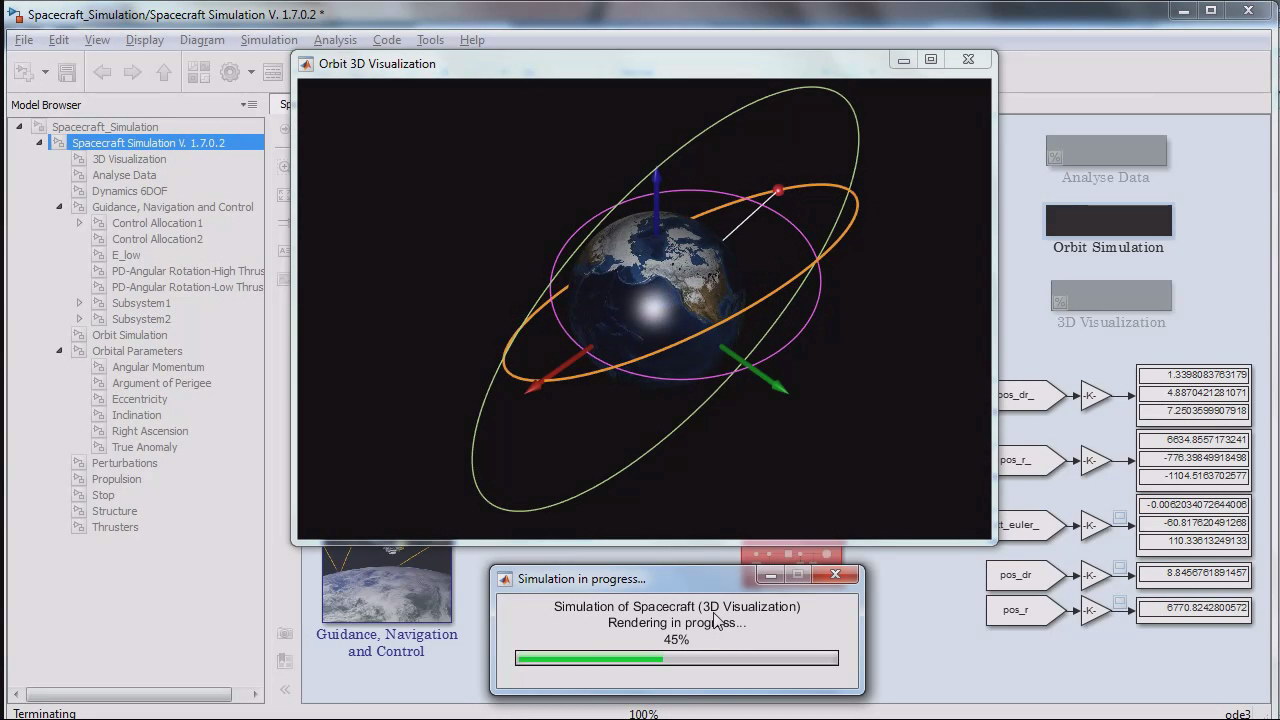 Quick simulations of space orbits and trajectories are essential in different aspects of space engineering, from the optimization of trajectories and orbit transfers, to the determination of the orbits themselves, altitude control, and gravitational modelling. Although the preliminary analysis of satellite space orbits can be done without extensive simulations, to represent the dynamical states of a spacecraft while moving in an orbit is far from trivial for Earth-orbiting satellites. For that reason, interactive environments in simulation frameworks are very interesting tools as they allow researchers to design efficiently difficult and expensive space missions.

Now, a team of researchers has presented 1 a customizable simulation platform, called HOMA, able to simulate space trajectories around any celestial masses along with orbit analysis. The toolbox includes an orbit propagator, linked to a visualization platform with a user-friendly interface. Various orbital perturbations can be considered in the new platform, including Earth atmospheric drag, Earth harmonic gravity field, solar perturbations and the perturbations of other planets. The results were assessed against those from commercially available simulation tools and were found to match satisfactorily.

The simulation of space orbit trajectories involves two elements. The first is the mathematical model of the spacecraft, which describes the dynamics of the system’s motion, and the second is the propagation scheme, in which time is incorporated.

HOMA includes an input module in which the inputs of the simulation are defined, followed by a simulation module. This module includes a propagator and a solver. The motion of the space vehicle in orbit is defined with a set of ordinary differential equations. These equations express a trajectory in terms of position and velocity of the space vehicle as time-dependent variables. The mathematical model assumes two point masses gravitationally attracted, where the mass of the space vehicle is much smaller and negligible in comparison to that of the central body. Considering this set of ordinary differential equations, orbit propagators are used to find the position and velocity of the space vehicle at any time. Various perturbations, that could affect the satellite in space, are also incorporated to portray the actual behaviour of the spacecraft throughout its space mission.

As with any set of ordinary differential equations, how to solve them is a major issue. HOMA offers different solvers for this, where the user can specify which one to implement. The choice of the solver makes it possible for the user to analyse and compare different integration methods with each other and evaluate their accuracy and computation time.

After the simulation process, results can be reported and illustrated in different forms including 2D plots of state variables, variation of orbital elements and satellite ground track.3D renders of satellite motion can also be generated with different rendering options and settings as images or animations.

HOMA main contribution is flexibility, as it can be extended to perform extensive studies in orbital mechanics: libration points, trajectory optimization, and the requirements to reach a specified orbit with the minimum amount of fuel, are just some of the possibilities.

An online version of HOMA is available here.

Disclaimer: Parts of this article might have been copied verbatim or almost verbatim from the referenced research papers.

Towards a universal quantum simulator: acoustic traps for quasiparticles