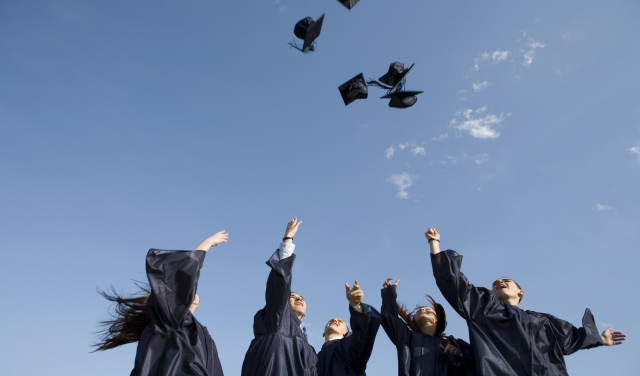 One of the aspects in which modern economics has departed further away from the neoclassical paradigm is the treatment of information after the seminal works of Akerlof, Spence and Stiglitz, who rightly won the Nobel prize for their contributions. Some theoretical models were introduced to explain economic phenomena that did not fit well in the old theory, like Akerlof’s (1973) 1 market for lemons. With other models the interaction between theory and observation is actually the opposite. Spence (1973) 2 studied the treatment of asymmetric information in the labor market and found some unexpected theoretical consequences, like that education may serve the purpose of signaling abilities (as opposed or in addition to other purposes like increasing human capital or consumption). In this article I will review some of the empirical evidence for this theoretical possibility.

First we need to understand how signaling works. The easiest way is to isolate the effect in a simple model. For that Spence considers a situation in which the ability of prospective employees is given and cannot change with education. This way education cannot be used to acquire human capital and find better salaries. Also, education is assumed to be costly and that reports no benefits by itself, thus eliminating its consumption for the sake of it. Under these conditions it seems that education can serve no purpose. However, Spence notes that if own ability is known by the employee but not by the employer, and the cost of getting educated is greater for employees with lower abilities, then an equilibrium may exist in which employees acquire education only to signal that they are of high ability. Less able employees do not get the education because for them is too costly, and the higher salary in case they are treated as high ability workers does not compensate. If this is the case, employers can safely assume that educated employers are indeed the ones with high ability, thus completing the conditions for the situation to be an equilibrium.

One of the characteristics of signaling is that it implies more education than in the situation of no signaling. For that notice how, in the previous model, if ability were observable no one would invest in education and the situation would be optimal. Then, the strategy to find empirical evidence of signaling focuses on detecting overinvestments in education and on studying whether they can be attributed to the signaling effect. Alternatively, one must expect that there is a higher return to education in the sectors where signaling plays a role compared to sectors in which productivity can be more easily observed.

Riley (1979) 3 presents one of the earliest works that find evidence for the signaling hypothesis using cross-section occupational and earnings data from the U.S. Bureau of the Census 1971-75. The basic approach is to consider interoccupational differences in estimated lifetime earnings and to verify that they are not explained by the traditional human capital hypothesis while they are consistent with the implications of the educational signaling hypothesis. However, the author recognizes the data limitations of his study.But most importantly,the data are also compatible with the view that his two samples simply consist of workers in more and less risky occupations. Other estimations suffered similar drawbacks.

Things started to get interesting when Lang and Kropp (1986) 4 used an alternative approach, and looked at the comparative static properties of the different hypotheses; not an easy task, as they often offer the same predictions. However, there is a difference when one considers the effect of compulsory attendance. Under signaling, an increase in the minimum school-leaving age implies also an increase in the number of years of education chosen by individuals not affected by the new requirement. In contrast, under the human capital model, this should not be the case. Using data from the years where this natural experiment took place in de USA between 1910 and 1970, Lang and Kropp show that there is in effect evidence for the signaling hypothesis.

Bedard (2001) 5 studies another natural experiment. Within the standard human capital model, local universities provide lower-cost postsecondary alternatives and consequently increase university enrollment, but, within the signaling model, they might also increase the high school dropout rate. This is because if it becomes easier for students to go to college, and high ability students go in a higher proportion, then the average skill of individuals with only a high school degree is reduced, and thus the incentive to obtain this degree is diminished for those not pursuing college education, and dropouts increase. Following this, Bedard studies the effects of the presence of local universities in high school dropouts and finds that the prediction is supported by the data. In particular, the percentage increase in high school dropouts is at least 33 percent of the percentage increase in university enrollment, something we should not see under the alternative hypotheses.

For the signal to fully serve its purpose the decisions to be educated and to hire workers must be as free as possible, as regulations in education policy or in the labor market may reduce the incentives to use education as a signal. Keeping this in mind, Heywood and Wei (2004) 6 examine one of the world’s most competitive labor markets, Hong Kong, to estimate the returns to education in two sectors where theory predicts different uses of education. The self-employed, especially those who do not need to signal to customers, is the sector where signaling should not be an issue, as opposed to the sector of the employed, where employers may demand a signal, and of self-employed, like lawyers or medical doctors, where it is the customers who may demand the signal. The authors test directly for the differences in returns correcting for possible underlying causes of self-employment. In summary, they find substantially smaller returns to self-employed for secondary education, vocational education and university and suggest this is indicative of the role of education as a signal.

One of the latest works in this topic comes from DeVaro and Waldman (2012) 7, who extend the signaling model to cover promotions and find that the promotion of a worker may be seen by other firms as a signal that he or she is of high ability. To prevent that these other firms attract the promoted employee, the promotion must include a wage increase higher than in the case where there is no signaling effect. This distortion created by the signal decreases with the importance of firm-specific human capital. The authors then investigate these predictions using a data set covering the internal labor-market history of a single medium-sized firm in the financial services industry over a 20-year period. Their empirical investigation supports signaling being important for understanding differences between promotion practices concerning bachelor’s and master’s degree holders, while the evidence concerning the importance of signaling for high school graduates and PhDs is mixed.

Of course, the signaling effect can coexist with the human capital or the consumption reasons for education. In fact, some of the reviewed works find, as a bonus, evidence for this more complicated world.

Evidence of brand new physics at Cern? Why we’re cautiously optimistic about our new findings