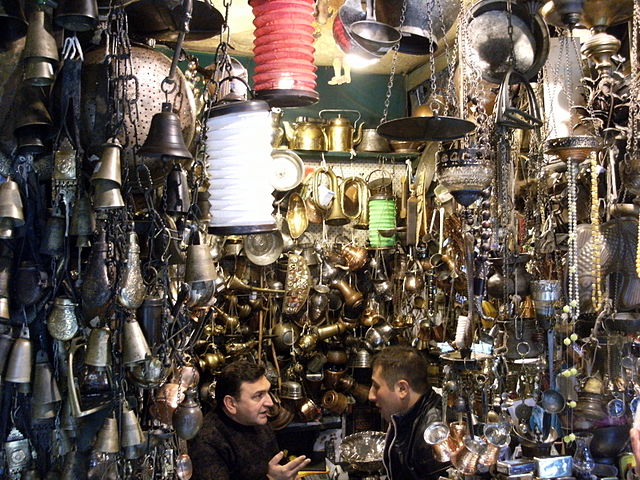 I will end this survey of the main contributions to the economics of scientific knowledge (ESK) by discussing the works which attempt to offer a more or less systematic conception of the process of scientific discovery; in this entry, I will talk about ‘institutionalist’ theories, i.e., those that abstain from using mathematical models.

The first of the contributions I will discuss is Wible (1998)1, which also was the first full length book on the topic. The most important parts of it in connection to ESK are its five last chapters, where Wible presents an economic view that he explicitly opposes to the idea of science as a ‘market for ideas’. According to Wible (op. cit., ch. 8-9), automatic self-corrective mechanisms like those assumed in ‘perfect markets’ do not exist, or are not too powerful, in the process of scientific knowledge production; he goes even further and considers science as an economic institution opposite to perfectly competitive markets, and the organisational structure of scientific decision making (research programmes, university departments, peer review, public funding, and so on) is explained in a new-institutionalist way, as ways to minimise ‘transaction costs’, and it is contrasted with the organisation of the market-governed aspects of science (i.e., those related to science as a consumer of economic inputs -labour, commodities…-, and as a producer of commercial applications).

Wible also discusses the problem of self-reference: an economics of economics will necessarily be self-referential, and this may lead to detect internal inconsistencies or infinite regresses within some economic arguments; but, from an economic point of view, an infinite regress must end at some point, since our cognitive resources are limited; Wible suggests that a ‘critical’, ‘non-justificationist’ rationality, is necessary in order to handle these logical problems.

This issue of reflexivity is also applied to the tacit ‘economics of science’ that most mainstream economists seem to assume. They tend to see their own activity (scientific research) as a competitive process similar to those which prevail in the economy, a process which tends naturally to some efficient equilibrium; but, Wible argues, the features of scientific knowledge entail that science is an imperfect and slow evolutionary process, not explainable in terms of mechanistic equilibrium concepts.

One possible criticism that can be made to Wible’s approach is that he gives almost no insight about how such an evolutionary account of science would look like once it were elaborated in detail, for one fears that he is not thinking in something like evolutionary mathematical models (e.g., those of evolutionary game theory, or those of the Nelson-Winter type). On the other hand, in the first chapters of the book Wible does not hesitate in offering some simplified equilibrium models of some types of scientists’ ‘misconduct’ (namely, fraud and replication failure -which, according to the model by Mirowski we examined in the past subsection, needs not be consider a ‘failure’ at all), and so, one wonders why the same explanatory strategy would not be appropriate to analyse ‘normal’ research behaviour.
Another institutionalist approach to the study of scientific knowledge production has been developed by Christoph Lütge (2001)2 and (2004)3, who uses constitutional political economy as a complement to a naturalised philosophy of science (see Brennan and Buchanan (1975)4 for a clear exposition of constitutional economics).

The main elements of this approach are the following: first, the essential object of economic analysis is not individual decision making, but interactions, where considerations of strategic decision arise; second, the main purpose of an economic analysis is not theoretical, but practical, i.e., promoting the design of institutions; and third, there are no external normative criteria, for consensus amongst the interacting agents is the only source of normativity.

Lütge’s proceeds, then, to identify social dilemma situations in scientific research, situations that create the opportunity for introducing institutional mechanisms allowing agents to overcome those problems. Drawing on Martin Rudwick’s case study of the ‘great Devonian controversy’, Lütge identifies three different dilemma situations (which are not necessarily unique): the priority dilemma (i.e., how to allocate research efforts and scientific recognition), the property rights dilemma (i.e., whether, or how much, to plagiarise the works of others), and dilemma of access to objects of study (i.e., whether to ‘monopolise’ these objects or not). Many of these cases can lead to a Prisoner’s Dilemma situation, that can only be ‘solved’ by collectively changing the rules according to which the interactions between researchers take place. Unfortunately, Lütge does not analyse how this collective decision could be taken.

Another significant Buchanian thesis stressed by Lütge is that, though consensus is the fundamental normative criterion to evaluate scientific items, it can be applied to very different levels: scientists may agree (or disagree) about specific cognitive achievements (theory, data, and so on), but consensus on norms is much more important from a normative point of view, particularly if we distinguish amongst different levels of methodological or institutional rules (more on this below).

The last work I am going to discuss is surely the until now most systematic attempt to develop an economic institutionalist theory of science, Yangfei Shi’s book The Economics of Scientific Knowledge (2001) 5. In the first chapters, Shi analyses the behaviour of scientists, both as a producers of scientific information, and as a consumers of the information produced by others, and also the exchange relationships which emerge between self-interested researchers, each one playing simultaneously the roles of producer and consumer.

The rest of the book is devoted to analyse the institutional structure of science, i.e., the system of norms which regulate the behaviour of scientists (norms that are interpreted as solutions to collective action problems). These norms are classified into three different groups: ‘distributive rules’ (i.e., rules about the allocation of resources), ‘constitutional rules’ (cognitive paradigms and authority structures), and ‘aggregative rules’ (the mechanisms creating ‘scientific order’).

In spite of the fact that Shi’s analysis of scientific norms is more complete than other ones, it can be subjected to several criticisms. In the first place, three very different kinds of things are conflated in his classification: individual routines, social norms, and what we could call ‘equilibrating mechanisms’ (more or less equivalent to Shi’s ‘aggregative rules’). By individual routines I mean all types of regular practices which can be observed in the behaviour of a single scientist; these practices can spread towards other scientists by imitation, but even if they are universally adopted, this does not make of them a social norm automatically, for what is characteristic of norms is that they are taken as compulsory by the individuals (even if everybody disobeys them). On the other hand, ‘equilibrating mechanisms’ are neither individual routines nor social norms, and they can even be hidden for the individuals, as in the case of an ‘invisible hand mechanism’, in which case they can hardly be taken as ‘norms’, but rather as the ‘natural laws’ of a social structure.

In the second place, Shi’s notion of ‘constitutional rules’ is at odds with what is ordinarily meant by these expression in standard constitutional political economy, where the idea is, first, that a sharp distinction can be made between choices made under rules and the choice of the rules themselves, and second, that social norms can be divided into ‘constitutional’ and ‘non-constitutional’ ones, the former being those which establish (ideally, by unanimity) the collective choice mechanisms by which the latter are going to be chosen (not necessarily by unanimity). On the other hand, a constitutional economists would have expected to find in Shi’s discussion a distinction between cognitive norms of different levels, so that, in case of disagreement among scientists about a particular theory or a certain methodological practice, researchers could appeal to some ‘higher level rules’ to reach a common decision, if this is possible, and to rules of still a higher level if there is also disagreement about the latter, and so on. From this point of view, the ‘constitutional rules’ of a scientific community would only be those fundamental principles to which its members can resort in case of discursive conflict.

The Grand Bazaar of Wisdom (4): From the “free market of ideas” to the “republic of science”