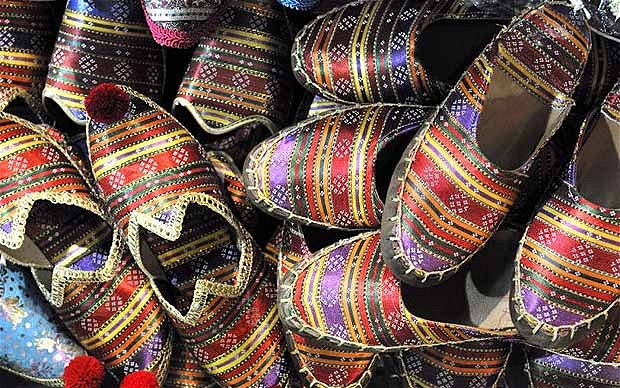 Traditionally, economics is not only about the optimisation of some magnitudes, be they utility, profits, wealth, or social welfare. Beyond the assumption that economic agents are rational beings who always try to make the best possible choice, there is the indisputable fact that the objects of economic research are social phenomena, that have to do with the interrelation between numerous agents. Classical economists introduced the idea that there is a specific realm (‘the economy’) the discipline they were creating dealt all about, a complex entity all of whose elements depended on the rest. Later on, more limited social fields (i.e., single markets) attracted the systematic attention of economic theorists, but the fundamental idea was still that these fields were systems composed by interdependent parts. In economics, contrarily to the majority of the other social sciences, the most fundamental type of connection existing between the elements of those systems is assumed to be that of exchange relationships, and economic science can then be understood as the study of those social phenomena in which the basic ‘bond’ consists in (more or less free) exchanges. Of course, the market is the paradigm of such social phenomena, and hence, trying to describe science as an exchange system leads us almost automatically to interpret it like something akin to a ‘market’.

Due to the common identification of the economic efficiency of markets with another classical metaphor (the ‘invisible hand’), the thesis that ‘science is like a market’ has often been taken as an assumption about the working of some ‘epistemic invisible hand’ mechanism behind the process of scientific research. This vision of science as a ‘marketplace for ideas’ was not originally a technical notion in the analysis of scientific research, but rather a common metaphor ‘floating in the air’, and probably having a basic ideological role: that of justifying the autonomy of scientific opinions from external social pressures. The following quotations, the first one by a Popperian philosopher, and the second one by a prominent economist, are illustrative of that opinion:

I was taught as a student that the university is a marketplace of ideas where new ideas are welcome and falsehoods can be challenged without recrimination.

Nevertheless, it is one thing to express the metaphor that ‘science is a market’, and it is a very different thing to try to use it as an analogy to illuminate in a detailed way the essential features of scientific research (by the way, the analogy can also be used in the opposite direction, to understand the market as a knowledge generating mechanism; cf. Hayek (1948)3). Once we begin to employ the metaphor as an analytical device, an obvious problem is to make it explicit what we are really understanding by the market concept, for if we take buyings and sellings as the fundamental bricks of the market, it seems clear that ‘scientific ideas’ or ‘opinions’ are not really bought nor sold by researchers, save in a very metaphorical sense (perhaps with the main exception of technological research; this difference between ideas researchers decide to made public -and then not sellable- and ideas kept secret -and then commodifiable- has even been proposed as the basic distinction between ‘science’ and ‘technology’, cf. Dasgupta and David (1994)4). So, in order to understand (‘pure’) science as a market, we need to concentrate on some abstract features of markets, some that ‘real’ markets may reflect in some definite way, but that other social institutions (which can be taken as markets just by means of an analogy) materialise in different ways. As we could expect, proponents and critics of the idea of ‘science as a market’ have tended to concentrate on different aspects of the analogy. On the other hand, the market concept (and particularly the concept of a ‘free’ market) is by no means a neutral idea normatively speaking; the debate between pro-market and anti-market activists is longstanding, and it also reflects in the analysis of science: some authors argue that ‘science is a market’ and that this is a good thing both from a social and from a cognitive point of view, whereas other authors have employed the same thesis to justify scepticism about the epistemic objectivity of scientific knowledge, or to assert that, the more science ‘becomes’ a market, the less advantageous it is for the common citizen (cf. Fuller (2000)5; for a more positive view, see Goldman and Cox (1996)6, where the idea of a ‘free market for ideas’ is applied to all public communication, and not only to science). In the remaining of this section, I will present in the first place Polany’s pioneering understanding of science as a self-organising system; in subsection 3.3 I will discuss some of the proposals to explicitly analyse science as a kind of market, and lastly I will present some of the criticisms that these proposals have received.

The first serious attempt to analyse the working of science by means of the market analogy was Michael Polany’s classic article ‘The Republic of Science. Its Political and Economic Theory’ (1962)7, although in that paper he explicitly avoided to assimilate science with a market, but tried instead to show that both institutions are examples of self-co-ordination processes:

(The) highest possible co-ordination of individual scientific efforts by a process of self-co-ordination may recall the self-co-ordination achieved by producers and consumers operating in a market. It was, indeed, with this in mind that I spoke of “the invisible hand” guiding the co-ordination of independent initiatives to a maximum advancement of science, just as Adam Smith invoked “the invisible hand” to describe the achievement of greatest joint material satisfaction when independent producers and consumers are guided by the prices of goods in a market. I am suggesting, in fact, that the co-ordinating functions of the market are but a special case of co-ordination by mutual adjustment. In the case of science, adjustment takes place by taking note of the published results of other scientists; while in the case of the market, mutual adjustment is mediated by a system of prices broadcasting current exchange relations, which make supply meet demand (…)

With the help of this analogy, based on an Austrian conception of the economy as a self-regulating system, Polany’s analysis proceeds by indicating the ways in which the choices of an individual scientist are constrained by the professional standards of her discipline, and how these standards emerge as a solution to the problems of co-ordination that are faced in scientific research. On the one hand, individual scientists try to attain the maximum possible ‘merit’ with their stock of intellectual and material resources. On the other hand, the scientific merit attached to a result depend on a number of factors, the most important ones being the result’s plausibility, its accuracy, its relevance, and its originality. The three first criteria tend to enforce conformity, whereas originality encourages dissent, and this tension is essential both in guiding the decisions of individual researchers, and in explaining the tremendous cognitive success of science. Actually, Polany’s claim seems to be that these are exactly the criteria employed in science because they have proved to be efficient in the production of knowledge: the ‘invisible hand’ argument refers not only to the attainment of efficient results in the decisions of individual researchers (who maximally exploit the gains from epistemic trade thanks to competition), but to the establishing of the most appropriate rules within the scientific community. Unfortunately, no detailed empirical analysis to justify these conclusions are offered in the article. In particular (and this is a problem of most of the contributions that will be surveyed in this section), Polany does not even recognise the possibility that norms which are efficient in the pursuit of knowledge may be not so efficient in the pursuit of merit, and viceversa, and it is not clear what type of efficiency has more weight in guiding the evolution of scientific standards.

Other quasi economic argument offered by Polany refers to what he calls “the uniformity of scientific standards throughout science”, something which allows the commensuration of the values of very different discoveries in completely disparate parts of science:

This possibility is of great value for the rational distribution of efforts and material resources throughout the various branches of science. If the minimum merit by which a contribution would be qualified for acceptance by journals were much lower in one branch of science than in another, this would clearly cause too much effort to be spent on the former branch as compared with the latter. Such is in fact the principle which underlies the rational distribution of grants for the pursuit of research. Subsidies should be curtailed in areas where their yields in terms of scientific merit tend to be low, and should be channelled instead to the growing points of science, where increased financial means may be expected to produce a work of higher scientific value (…) So long as each allocation follows the guidance of scientific opinion, by giving preference to the most promising scientists and subjects, the distribution of grants will automatically yield the maximum advantage for the advancement of science as a whole.

Again, this is just a transposition to the case of science of the Austrian economics thesis that prices are the instrument for the co-ordination of individual decisions in the market. But, without a systematic analysis of how ‘scientific value’ is constituted by the interconnected decisions of different individuals, the argument lacks any logical cogency, not to talk about its prima facie plausibility, for, as a matter of fact, the quality standards for acceptance of contributions in different disciplines, as well as in different journals within the same discipline, are very far from uniform. A last important economic metaphor in Polany’s analysis of ‘the Republic of Science’, also analogous to a Hayekian view of the market as an epistemic co-ordination mechanism, is his view of ‘scientific opinion’ as a single collective authority, what is constituted by myriads of single judgements of individual scientists, each one having competence on just a tiny fraction of all scientific knowledge overlapping more or less with the areas of competence of other colleagues: