‘Yo soy yo y mi circumstancia, y si no la salvo a ella no me salvo yo’ 1

In my first article for Mapping Ignorance I stated that “destiny” was an unrealistic concept disproved by the scientific evidence. However, it could be possible that this is not completely right after all. Recent scientific discoveries reveal that the emotional state of our parents, even before our conception, could program us towards some pathologies. In a series of 2 articles, one based on evidences about the mothers’ and a second about fathers’ influence, I will dissect two recent papers on that issue that will improve our knowledge of how maternal and paternal inheritance of some traits could mark our “destiny” forever. 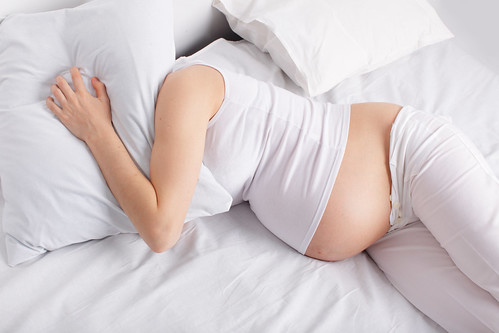 Although classically it has been thought that parental care during infancy is critical for a correct development of the individual, is now also evident that stress levels of the mother during gestation affect negatively the neurodevelopment of the fetus, increasing the risk of suffering from schizophrenia or autism, among others. Brain disorders are often sex biased and it has been demonstrated that stress exposure during the first trimester of life affects specially males. Due to the negative effects of stress on the development and life of an individual, understanding the alterations that stress induces early in life are essential to develop therapeutical strategies through changes of our life-style, because at the end, we only live once.

The placenta is an endocrine organ connecting the fetus to the uterine wall and allows the flux of nutrients from the mother to the baby ensuring the correct oxygenation of the fetus and providing a secretory system for “baby’s waste”. Important to mention is that although is generated together by maternal and fetal cells, the majority of the placenta is developed from a fetal origin, resulting the formation of a XX or XY placenta. Although being a natural barrier that protects the fetus and is the natural linkage with the mother, it was never associated with the way that mother stress levels pass to the progeny. Furthermore, the sexual differentiation of the major part of the placenta could help to understand the sex differences observed on the effect of stress on the progeny.

Here is where the team of Tracy L. Bale (University of Pennsylvania, Philadelphia, USA) brought light to our knowledge of the contribution of the placenta on the inherited stress-induced alterations 2 [PDF]. By using a non-hypothesis driven approach, they assessed the proteome and genome of placental tissue of female mice exposed to stress in order to demonstrate that stress alter gene expression of placenta, and those alterations participate on the mal-programming effects of stress on the male fetus. What the authors did was to expose pregnant female mice to stress and obtain the fetus and its placenta to determine the effect of the offspring sex and stress effects on gene expression of the placenta. By this clever approach, the authors were able to obtain placentas generated by male embryos and compare them to the placentas developed by female embryos. The dissection of the placentas was done at different developmental stages (embryonic day 12.5, 15.5 and 18.5 – note that mice deliver their pups between day 19-21 normally) with the aim of determine changes of expression across gestation.

By using genome-wide microarray technology, a technique that allows the analysis of the complete transcriptome of the selected tissue, Howerton and colleagues found that 2658 placental genes changed their expression through the development of the placenta (between day 12,5 and 18,5) but, surprisingly, only 8 were differently expressed in XX or XY placentas across pregnancy. When male and female placentas from control or stressed animals were compared, the analysis revealed that only 1 gene was down-regulated in placentas developed from male embryos compared with the placentas from female embryos. That gene was O-linked-N-acetylglucosamine transferase (OGT), an X-linked gene that is less expressed in males (they only have one X chromosome). OGT is an important enzyme that regulates the function of several proteins that participate in chromatin remodeling. Interestingly, the lower levels of OGT observed in males versus female placentas were also affected by the maternal exposure to stress. Early prenatal stress was able to reduce even more the expression levels of OGT in both XY and XX placentas in comparison with the non stressed control group.

Thus, the authors, trying to translate the mouse results to human situations decided to analyze the expression of OGT in human male and female placentas. By doing biopsies on pregnant women, Bale’s group was able to show that, like in mice, OGT levels are reduced in male placentas compared with the female ones.

Neuroscience is a really complex scientific field and scientists can not only observe and analyze effects, they have to “hack the system” in order to demonstrate direct links between proteins and suspected functions. By knocking down OGT expression exclusively in placenta, the authors described that the female offspring (with less OGT than wild-type females, connected to placentas with higher levels of the protein) shown alterations of mRNAs related to neurodevelopmental functions (associated to synapse formation, energy utilization, etc.). Is important to mention that, due to the long-lasting interest of the group on the neuroendocrine system, authors only studied the effect of lowing the levels of OGT in placentas on the hypothalamus, a key brain related to the neuroendocrine system. But reduction of OGT levels in placenta not only altered the transcriptomic profiling but also the expression of microRNAs, a set of molecules that also participate on gene expression regulation (for example, 3) [PDF], in that brain area.

All together the authors bring a new and important issue, stress levels of the mother can induce alterations on placental genes that in turn will affect brain function of the progenies. Although the authors did an impressive work, not only in mice but also performing a translational effort to demonstrate that OGT is also altered in human placentas, in my opinion the article do not address the specific role of OGT on the maternal stress-induced changes in the offspring. The maternal stress effect is really well understood, but if OGT is important for such alterations, the authors or the scientific community, should increase the levels of OGT in male placentas after stress by pharmacologic or genetic approaches, in order to reverse the effect of the maternal stress on the male pups. Such “rescue experiment” would be the definitive prove that stress during gestation, alters OGT in male placentas below a “safe” threshold level in males, inducing several gene expression deregulations that, with time, will produce brain alterations in the progeny such schizophrenia, depression or autism.

Independently of that, the brilliant work done by Howerton and colleagues point out the current necessity of “enjoying” more our day to day and get less worried about things. We only live once, is worth enjoying it. And even more if, thanks to discoveries such the ones presented above, we now know that our stress is inherited by our sons and daughters, maybe condemning them to suffer the consequences.

Next article of this series will focus solely on the effects of stress on the father and the cellular mechanisms through those are passed to the progeny. Because we, the fathers, are also important for the best and worst of our descendants.

Final note about the tittle of this series: the title is pretends to present in a funny way the articles about how early-stress affects health across generations but I am not intending to offend or over-alarm mothers and fathers. Just making them aware of some newly known risks and encouraging them to enjoy the life as much as possible. I strongly recommend reading a recent comment in Nature called “Don’t blame the mothers”.

How maternal vaginal microbiome can bring you to madness

Getting to know Rett syndrome #RareDiseaseDay

It’s all your parents’ fault (II): how Darth Vader programmed Luke to have depression