Pablo Bueno holds a degree in physics (University of Oviedo), a MSc in theoretical physics (Autonomous University of Madrid) and is currently completing his PhD at the Institute for Theoretical Physics UAM-CSIC. He has also been a visiting graduate fellow at Perimeter Institute for Theoretical Physics. His research focuses on black hole physics, supergravity and string theories, and holography. 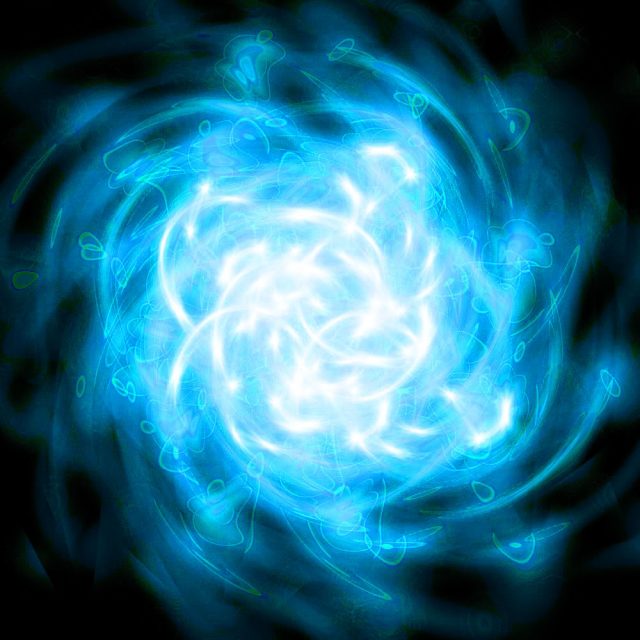 Although pretty much unknown for the public audience, Supergravity theories 12 play an important role in modern Theoretical Physics, specially for the particle physics and (Super)String Theory communities 3. Loosely speaking, Supergravity is a theory that describes gravity along with other fundamental particles and interactions in such a way that the whole structure is symmetric under a transformation called supersymmetry, which transforms, in a precise way, bosons into fermions and vice-versa. We will explain all the ingredients appearing in this definition later, but for the moment let us say that by “symmetric under supersymmetry” we mean that if we swap bosons and fermions in a prescribed way, then the theory remains the same, unchanged, with the same physical predictions. Although Supergravity theories are interesting by themselves, as we will explain below, much of their relevance stems from their appearance in String Theory. Let us see how this works before proceeding to explain in more detail what a Supergravity is.

Loosely speaking, String Theory describes the different particles as different quantum vibrational modes of a single entity, namely a string, which is a one-dimensional object “moving” on a fixed spacetime. The different vibrational modes that correspond to the different particles may have different masses, which are all multiples of the Planck mass. Those of zero mass correspond to a set of particles which are massless and it is thus dubbed as the massless spectrum of the string (in the sequel MSS). Since the Planck mass is way bigger than any energy accessible to the current experiments carried by humans (e.g. around 10^15 times larger than LHC’s design energy), the known particles (such as electrons, photons, quarks, etc.) must belong to the MSS, and whatever tiny mass they may have (compared to the Planck mass), it will be acquired through a symmetry breaking mechanism, similar to the Higgs mechanism of the standard model. The MSS is therefore the relevant part that one has to investigate in order to connect String Theory to our physical world, since at least the known particles of nature must belong to this sector of the theory.

To summarize: String Theory describes different particles as different vibrational modes of a one-dimensional entity called the string. These modes have masses proportional to the Planck mass, and there is a subset of them which has zero mass, the so-called massless spectrum of the string (MSS). The known particles of our universe (must) belong to the MSS, and their mass is acquired by a symmetry breaking mechanism. It is obvious then that the MSS string is a very important one, and its study of outermost importance to connect String Theory to any physical experiment. The study of the MSS in the full-fledged String Theory is extremely difficult, and in consequence it is natural to ask if one can consistently isolate it from the other massive vibrational modes and obtain a theory that exclusively describes the dynamics of the MSS. By “describing the dynamics of the MSS” we mean describing how the massless particles described by String Theory interact among each other. In any case, the answer to this question is, remarkably enough, affirmative, and the theory that describes the dynamics of the MSS is indeed a Supergravity theory, which should not come as a surprise since String Theory describes gravity and enjoys supersymmetry on the space-time, something that manifests also when we truncate the theory to the MSS. Having motivated how Supergravity arises from String Theory, let us get back to what a Supergravity theory is.

As we have said, a Supergravity theory is a theory that describes gravity together with other interactions in such a way that it is invariant under supersymmetry, but this definition does not single out a unique theory. On the contrary, there are many theories of Supergravity, which “preserve” different amounts of Supersymmetry, meaning that they are invariant under a different number of supersymmetry tansformations, and correspond to a different particle spectra. Supergravity theories are indeed classified by the number “N” of supersymmetry transformations that leave the theory invariant and the dimension of the space-time. The first thing to notice is that if we assume that there is only one “time dimension”, and we insist on having particles of spin less or equal than two (we will come back to this point later), then there are Supergravities only up to eleven-dimensions. Let us mention some of the more relevant Supergravities.

A common and important feature of all them is the prediction of the existence of a particle named “gravitino”, which is transformed by supersymmetry into the graviton (it is its “superpartner”), the particle that mediates the gravitational interaction. If the theory is minimally supersymmetric, meaning N=1, there is one only gravitino, whereas in more (super)symmetric cases there can be up to eight different gravitini! In fact, it can be proven that the number of gravitini is equal to N, since there is one for each supersymmetry transformation. In the theories which are susceptible of describing the phenomenology of our universe, the number of gravitini is nevertheless limited to one (or rather, at this point there is no known way to make the current observations compatible with the physical predictions of a theory with more than one gravitino). An example of a theory with one only gravitino is the so-called “N=1 four-dimensional Supergravity”, which contains various supersymmetric extensions of the standard model , some of them prominent candidates for consistently containing the current standard model of particle physics. These are being currently tested in a variety of experiments thoughout the world (not only at accelerators like the LHC, also in dark matter or neutrini experiments, cosmological observations, etc.).

Let us talk a bit more about the gravitino. All particles such as electrons, photons or quarks have physical properties like mass or electric charge. An important magnitude corresponds to the spin which, roughly speaking, represents a quantum mechanical version of the angular momentum associated to a rotating sphere. Due to its quantum origin, the spin of a particle can only be equal to an integer (bosons) or a half of an integer (fermions) times the Planck constant. Interestingly, all known fundamental particles (“fundamental” in the sense that they have no inner structure as far as we have observed) have spin 0 (Higgs boson), spin ½ (leptons and quarks), spin 1 (gauge bosons, including the photon) and spin 2 (gravitons, which have not been observed yet are assumed to exist, since there is strong indirect evidence about their existence), so the spin 3/2 particles seem to be lacking in the list. Actually, it can be shown that the only candidate for a massless particle of spin 3/2 allowed by the laws of quantum mechanics is the gravitino! This means that, if Nature has not forgotten about the spin 3/2 particle, some supegravity theory must be the right low energy description of the physics of our universe.

As we have explained, certain Supergravity theories (including certain versions of N=1 four-dimensional Supergravity) arise as effective low-energy limits of String Theory, and since String Theory is a consistent quantum theory of gravity and all the known interactions, it was always assumed that Supergravity theories were inconsistent at the quantum level and needed the completion provided by String Theory to become consistent. However, some recent works (see, e.g. 567) show that at least the maximally supersymmetric Supergravity (the one with eight gravitini) in four dimensions can be consistent at the quantum level by itself, and it is the first candidate for a consistent field theory of quantum gravity at the perturbative level. By now there is strong evidence 8 about the perturbative finiteness of N=8 four-dimensional Supergravity, but a complete proof has not been achieved.

Of course, the ultimate word about the role played by Supergravity in the description of the physical world belongs to nature itself. The forthcoming years (perhaps decades) promise to come accompanied by an unparalleled amount of crucial experimental results which, hopefully, will help us find out whether Nature decided to include the 3/2 in the list.

On the spin geometry of String Theory