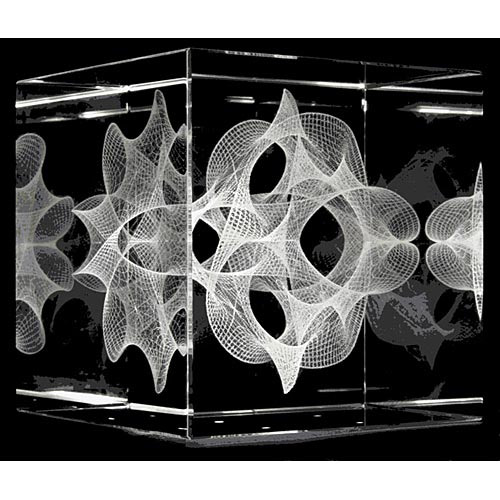 Before continuing, we need to introduce some extra structure on our internal manifold M, since it is necessary for the correct formulation of Supergravity (or String Theory) on it. The first object that we need to introduce, and the only one that we will explicitly mention, is the metric. In particular, M must be equipped with a Riemannian metric g. Loosely speaking, a metric structure on M gives a canonical way to measure the distance between two points in the manifold, which thus depends on the metric used. A metric can be used to measure areas and volumes inside the manifold too. Intuitively speaking, it is very reasonable to pick up a way to measure distances and volumes if we want to formulate any sensible physical theory on M. But aside from this intuitive perspective, the importance of the metric g steams from the fact that it describes the gravitational interaction, in the very same way as Einstein himself proposed a hundred years ago in his theory of General Relativity. It is important to point out that the external space E must be equipped with a metric not of Riemannian type but of Lorentzian type, as it has been experimentally proven in many occasions. The Lorentzian metric on E together with the Riemannian metric on M combine to give a Lorentzian metric in the complete ten or eleven dimensional space, as it is required to have an admissible theory of gravity.

Associated to the metric g on M there is a canonical, metric-compatible, torsion-free connection on the tangent bundle of M, which lifts to a canonical connection on its spin bundle if M is oriented and spin, something that we will assume henceforth. This is the Levi-Civita (spin) connection, and its curvature is a tensor field of extreme importance, since it appears in the equations of motion of Supergravity coupled to the other fields of the theory.

Aside from the metric, Supergravity theories contain several other fields coupled among each other in a very non-linear way, a phenomena that becomes apparent when writing the equations of motion of the theory, which consist of a very non-linear system of partial differential equations, involving various sorts of tensors and spinors. Solving this system of equations give us the admissible internal manifolds M in which Supergravity is well-defined, which are supposed to be a good approximation to the internal manifolds in which String Theory is well defined, although in principle that is not completely guaranteed.

Let us summarize the situation so far:

Therefore, the problem has been reduced to finding supersymmetric compactification backgrounds and thus it is much more tractable, although it is still very non-trivial. Obtaining explicit supersymmetric compactification backgrounds is equivalent to solving the Killing spinor equations of the Supergravity theory plus, if any, the Supergravity equations of motion not implied by the Killing spinor equations. The simplest physically interesting scenario is to take in the Killing spinor equations as many identically vanishing Supergravity fields as possible, without completely trivializing the problem. This was indeed the procedure pursued by the string theorists P. Candelas, Gary T. Horowitz, Andrew Strominger and Edward Witten for Heterotic Supergravity (slightly corrected by String Theory effects) in the seminal paper 2 of 1985, where Calabi-Yau manifolds were introduced for the first time in the context of String Theory by using its effective theory, namely Heterotic Supergravity1. What they indeed did is to take as zero all Supergravity fields but the metric and the bosonic gauge sector, which is given by the curvature of a connection on a particular principal bundle over the internal manifold. At the supersymmetric level, the bosonic gauge sector does not modify the type of geometry of the internal manifold M, it merely implies the existence of a particular holomorphic vector bundle with base M and whose curvature is subject to the Supergravity equations of motion. This sector can be consistently truncated (set to zero) and therefore we will forget about it in the following. The Killing spinor equations reduce then to a single equation on the internal six-dimensional compact manifold M. This equation simply imposes that the supersymmetry spinor is constant respect to the Levi-Civita spin connection of the manifold M. Hence, we have arrived to the following result (Candelasa et al (1985)):

There is a class of admissible Heterotic internal manifolds characterized as being six-dimensional, Riemannian compact manifolds admitting a constant spinor respect to the Levi-Civita spin connection.

And here is where the magic commence. It turns out that such manifolds had been studied in great deep by mathematicians long before they appeared in String Theory. For example, they are particular instances of manifolds of special holonomy, which were classified in the fifties by Berger using the classification of simple Lie groups by Wilhelm Killing and Élie Cartan, in a beautiful program consisting of finding all the possible Lie groups appearing as the holonomy groups of non-symmetric Riemannian manifolds Marcel Berger (1955) “Sur les groupes d’holonomie homogènes de variétés à connexion affine et des variétés riemanniennes” Bulletin de la Société Mathématique de France Volume: 83, page 279-330. We are now just one step away from obtaining that M is indeed a Calabi-Yau manifold, but proving this will require to deal a little bit with reducible Riemannian manifolds, symmetric spaces, holonomy theory, spin geometry and Kähler manifolds. For the interested reader, this will be the subject of the next note.

1 From now on, and until said otherwise, we will focus exclusively on Heterotic String Theory and its effective theory, namely Heterotic Supergravity.

i For simplicity we will drop the subscript, understanding that M may refer to a six-dimensional or seven-dimensional manifold.

On the spin geometry of String Theory

The geometry of String Compactifications (III): exploring the Calabi-Yau manifold