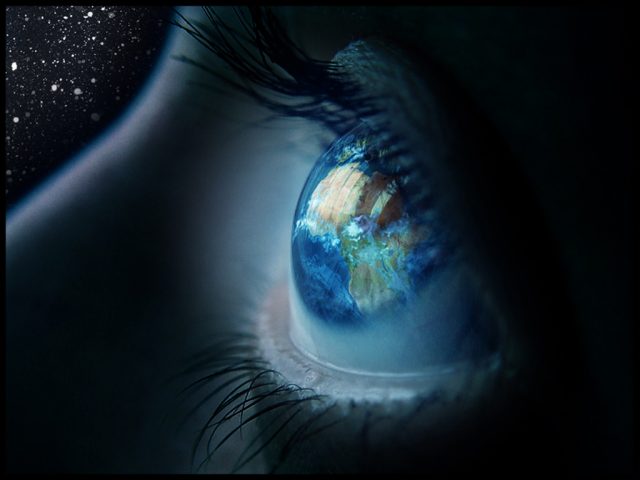 One of the most strongly debated philosophical problems is that of the nature of consciousness. This is no surprise, since it is probably the most difficult question, at least apparently, for naturalistic or materialistic views of the world. After all, the necessity of having a spiritual cause of the existence and order of the cosmos is far from being self evident, and also not many people would literally bet their necks for our capacities of catching abstract mathematical truths being utterly unexplainable from the mechanisms of our nervous system.

But the existence of a plainly “subjective”, “phenomenological”, “first-personal”, “qualitative” experience seems just to be obvious for all of us, as it seems so the irreducibility of anything subjective, phenomenological, first-personal or qualitative to the objective, non-phenomenological, third-personal and merely quantitative properties of a system of physical entities, no matter how complex this system and its properties happen to be. In fact, the question of how (qualitative, subjective) consciousness can emerge out of the (physical, objective) properties of our brains has been dubbed ‘the Hard Problem’ (HP) (following Chalmers, 19951; see Nagel 19742, for what is perhaps the most classical paper on this question, before that denomination was invented).

I will not offer here a survey of the different answers the HP has received, not even from it was baptised twenty years ago, but I will concentrate in one recent attempt to attack it. Actually, the answer I shall briefly describe in these entries is not the essential part of the work in which it is contained and that I am going to summarise, but, so to say, just a marginal by-product of it. The work is Stanislas Dehaene recent book Consciousness and the Brain[footnote]Dehaene, S., 2014, Consciousness and the Brain: Deciphering How the Brain Codes Our Thoughts. Penguin, New York.[/footnote], one stimulating and amazing picture of contemporary research on the neurology of consciousness, a big part of it having been carried out by Dehaene himself and his collaborators.

This research is the up-to-date best example about what many philosophers of mind would called ‘the neural (or biological, or physical) correlates of consciousness’: those events in the brain that happen if and only if one is being conscious of something. Precisely, the most important part of this work is done on the differences between what happens in the brain when one is perceiving something consciously, and what happens when the perception is real but unconscious (old-fashioned ‘subliminal’). It is important to concentrate on this aspect because it is the most operationalizable of those numerous (and often vaguer) insights about what consciousness could turn to be from an experimental point of view. For example, Dehaene states that the famous ‘mirror recognition’ experiments (i.e., whether one animal or child is capable of using its mirror image to scan what is happening in itself –e.g., getting a painted dot on its forefront), though they have been subject of much psychological or philosophical discussion, are really not very relevant for the (hard) problem of consciousness as such, first because they refer specifically to self-consciousness, whereas most animals and small children may very well be conscious (in the HP sense) but not self-conscious, and second, because it can be proved that a relatively simple computer programme can allow a machine to past the mirror-recognition test. Self-consciousness, then, puts not specific problem for the question of what is the ‘nature’ of consciousness, since it would be just one specific type of “consciousness-of”, one in which the object towards which the “of” is directed to is a particularly interesting and complex one from the psychological point of view (the self), but is not identical to the phenomenon of consciousness.

Dehaene devotes many pages of the book to present us the remarkable discoveries about how complex some of our unconscious cognitive processes can be (just to offer a glimpse: one experiment performed under real-life situations measured, several weeks after the facts, the satisfaction of IKEA costumers with the items they had bought: their degree of satisfaction was found to be negatively linked with how much conscious effort they had put on the purchase activity, indicating that unconscious mechanisms leading to purchase decisions can be more reliable than conscious ones). This work is important in order to identify what functions the addition of consciousness can contribute to our mental processes, as well as in order to explore the differences between the neural activity that can be observed in our brains in each case. Dehaene’s thesis is that consciousness is not an ‘epiphenomenon’ (i.e., something that more or less accidentally emerges out of the activity of the brain, but which has no causal effects on its own in addition to the physical functioning of the neurons), but is something that is really useful from a biological point of view, what justifies its having been selected by biological evolution. And this function is related to the main physical, structural difference found out between the behaviour of the brain during unconscious processes and conscious ones. So, what does this difference consist in?

Basically, what is observed in the transition from the (unconscious) cognitive processing of undetected stimuli to their conscious awareness is that: 1) the neural activity is strongly amplified in the region where the unconscious processing is been performed (and which depends on the cognitive task); 2) a slow wave is detected by electroencephalograms, approximately 300 ms after the stimulus is received; and most importantly, 3) a sudden burst of high-frequency oscillations occur in many other areas of the cortex, oscillations that start synchronising. Though it is not the main topic of this entry, I can’t resist the temptation of briefly insisting on one astounding consequence of point 2, one that has been amply demonstrated experimentally: our awareness of what happens around us is normally ‘outdated’ by one third of a second (see, e.g., the ‘flash-lag effect’ for an easy confirmation), so that we truly, permanently live a ‘pre-recorded’ life.

Going back to our main topic, Dehane’s hypotheses is that the biological function of consciousness is the capacity to brainwide sharing a particular item of information, received or generated by one specific brain sector or module, but available for use in many other parts of the brain simultaneously. This not only is coherent with the mentioned ‘physical signatures’ of conscious activity mentioned in the last paragraph (particularly with number 3), but also with the fact that consciousness tends to work serially rather than in parallel, and is not capable of keeping together many items simultaneously. Another interesting fact is the brain’s capacity of producing such episodes of synchronicity, not as an immediate consequence of the reception of some sensory stimulus, but ‘spontaneously’ (what, by the way, is what happens in our brains almost permanently, even during dreams). Dehaene asserts that it is the architecture of the synaptic networks, together with their great sensibility to minimal and random chemical events in the individual synapses, what unavoidably produces this ‘autonomous’ activity which we usually called ‘thinking’ (or ‘daydreaming’). One argument in favour of this claim is that artificial models that imitate the computational architecture of neural networks actually reproduce this type of ‘spontaneous’ synchronous activity… what leads Dehaene to admit that artificial consciousness is far from being a crazy fantasy.

In the next entry we shall see the main consequences that can be drawn from this scientific view of consciousness regarding the philosophical ‘Hard Problem’.

Signatures of microlensing in gravitational waves