Tides are more predictable than winds or sunshine. Then, why are not they already widely used as a source of renewable energy? The simple answer is that designing and building an ocean energy array is quite complex. This complexity has an associated variability in the cost of energy that makes projects difficult to evaluate from an economical standpoint; something that deters investors. In order to reduce this volatility, a team of researchers has started 1 from the first step: quantifying it. The result has been a software, DTOcean, that can quantify variability by simulating the design, deployment and operation of arrays with higher complexity than previous models, designing sub-systems at component level.

There are many possible solutions in the design of an ocean energy array. So much so, that there is not even a standard design process. This is likely, in part, due to the early technology readiness level of the industry and the broad range of technologies that are available. If we assume, something that is certainly not a given, that the internal design of the deployed ocean energy converter (OEC) unit is fixed, the design of an OEC array implies the following:

• Selecting the location of the OECs and calculating the energy produced;

• Designing the transmission network for the electricity generated by

• Designing the station keeping requirements of the OECs in the chosen locations;

• Planning the installation of the OECs and array infrastructure;

• Planning the maintenance of the OECs over the lifetime of the array and recording any energy lost due to failure;

• Planning the removal (decommissioning) of the array following the end of its useful life.

Many studies exist which cover the individual stages of the OEC array design process and the automatic integrated design of arrays has the potential to bring significant benefits to the ocean energy industry, as has been demonstrated for offshore wind energy. Still, effective communication of specifications between design stages can be difficult to achieve, making the development of software to facilitate interoperability extremely challenging.

Now, the team demonstrates that predicted ocean energy costs will always exhibit variability, due to the significant influence of variable weather conditions combined with random component failures. Therefore, if the variability is found to be substantial, then it seems logical that it should play an important role in investment decisions.

The researchers focused on quantifying variability resulting from maintenance actions, although some other sources of variability are present, such as in power generation and installation operations, these are not specifically addressed. The development of a framework for modelling investment in components to improve reliability leads to showing that the cost of energy and its variability can be reduced. 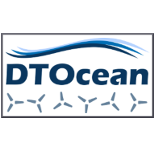 Using an integrated, parametric model of the ocean energy array design resulted in the development of a software named DTOcean, originally released to the public following the conclusion of the European-Commission-funded Optimal Design Tools for Ocean Energy Arrays project under an open source license (available here).

The origins of neural variability

The (energetical) cost of having a brain

The transition to clean energy sources