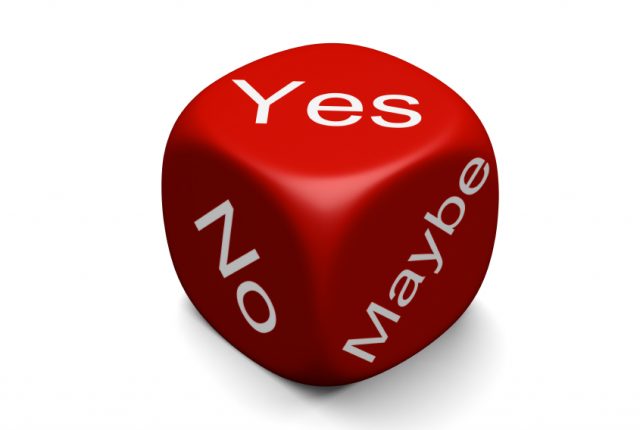 We saw at the end of the first entry of this series that, in spite of the adjective ‘true’ seeming to be semantically redundant in the sense of its role being equivalent to just assert exactly the same assertion to which it is applied, it is nevertheless grammatically non-redundant, in the sense that there are many sentences in which the term appears, and we have no way of expressing the content of those sentences without using the adjective ‘true’ or something analogous, e.g.,

All logical consequences of true axioms are true

The prosentential theory of truth is inspired by the role that ‘true’ plays in propositions like this one. Of course, in order to explain this theory, we have first to make clear what is meant by a ‘prosentence’. The basic idea is that prosentences are to sentences are pronouns are to nouns. Consider the following example:

If a stone is thrown into the water, then it will sink

What is the grammatical role of the word ‘it’ in that phrase? Obviously, it is related to the expression ‘a stone’, but curiously, we cannot simply replace the ‘it’ by the latter, for the sentence

If a stone is thrown into the water, then a stone will sink

is not equivalent to the former (though in this case, it is also true); rather, the function of the ‘it’ is to indicate that we are talking about the same stone in both parts of the proposition. This relation between two expressions A and B, i.e., “B’s referring to the same thing as A”, is what is known as anaphora, and pronouns are the paradigmatic examples of anaphoric expressions. But it is not merely names (or nominal syntagmata) what another expression can substitute for; for example, we may have a expression that substitutes a verb, as in the following case:

John planned to build a house with his own hands, and he did it.

“To do” is a verb whose main function in English is to substitute for other verbs; it is often, hence, a pro-verb. There can also be pro-adverbs, like in

-How big was the pizza?

In this case, “so” works in a analogous way as a demonstrative pronoun does (“Which dress do you prefer? –This”). The question is, can there be expressions whose role is to substitute, not a sub-sentential element like a noun, a verb, etc., but a whole sentence; and the obvious answer is:

Indeed, “yes” and “no” are the most obvious examples of prosentences in English. They play the expressive role of saying something (i.e., making a ‘speech act’) that has the linguistic strength of a declarative (or, possibly, imperative) sentence, i.e., the expressive role that whole, well formed sentences have. Stated otherwise: “yes” and “no” have an anaphoric relation to the sentences they substitute for.

There are also other obvious forms in which an expression can refer to a sentence: being a name for it (or something analogous to a name, like a proper pronoun or another more complex expression). For example, in

Mary said that she had been at the school, and her mother believed it

This last expression is not a sentence, but a ‘name’ of a specific sentence (“Santiago was a Cuban fisherman”), or a way to refer to it. Actually, exactly the same happens with this:

“Santiago was a Cuban fisherman”

This is also not a sentence, but a way of referring to this sentence:

Santiago was a Cuban fisherman

The difference between the last two is indicated, obviously, through the fact that the real sentence has no inverted commas. This difference is easy to understand when we consider that we can construct a sentence by using the former as the subject or nominal syntagma of the phrase and adding to it some predicate, but we cannot do the same with the latter; i.e., this is grammatically correct:

but this is grammatically incorrect:

Note that the following is also correct:

Hence, ordinary (as well as many formal) languages give us the possibility of referring to sentences or propositions, and for that, they need to use names of those sentences (or pronouns or periphrases referring to them). We can call “sentence nominalisation” this move through which the name of a proposition (or something having the same role as such a name) is constructed. If you were starting to grumble that all this seems to have nothing to do with the topic of this article, nor with philosophy or metaphysics, you are only partially right: perhaps it has little to do with metaphysics, but it has to do a lot with truth. For consider what is the role of having ‘sentence names’… Of course, it is to give us the possibility of referring to sentences, but we want to refer to sentences in order to say something about them, like in our fisherman examples. But wait, what happens if what we want to say with the name of a sentence is not something about the sentence, but, instead, what the sentence says? For example, what can we do in order to say, with the help of the sentence name “The first sentence of The old man and the sea” what that sentence affirms? Obviously, we can use the following language trick:

“Santiago was a Cuban fisherman” is true

These two examples are two different prosentences that relate in an anaphoric way to the original sentence:

Santiago was a Cuban fisherman

Hence, the predicate “is true” plays here exactly the inverse function of “sentence nominalisation”, a role that has been called by some authors “sentence denominalisation” (realted to what in the previus entry we saw mentioned as ‘disquotation’). Or stated in a more complex way, the predicate “is true” allows to transform a sentence-name into a prosentence that is semantically equivalent to the original sentence of which the sentence-name was a name. Combining this idea with the fact that the sentence-name to which the predicate ‘is true’ is attached can be an expression with which we refer to arbitrary, non-specific propositions, we can easily see how the veritative predicate helps us in building phrases like that of our first example:

All logical consequences of true axioms are true,

which can be reformulated as:

For every pair of propositions p and q, if p is true and q logically follows from p, then q is true;

for, since “p” and “q” are not propositions, but names of (arbitrary) propositions (in logico-mathematical terms: variables), an expression like the following one would be grammatically incorrect:

For every pair of propositions p and q, if p, and q logically follows from p, then q.

(though the dialect of logic classes may have made it sound like acceptable, which properly speaking it is not).

Note also that there are other expressions that may play exactly the same expressive role; for example, “is a fact”, or “corresponds to the facts”, or “expresses how things are”. This is the reason why defenders of deflationary accounts of truth criticise the most traditional correspondence theory of truth (“truth is the correspondence between a proposition and reality”) as vacuous, for saying “proposition A is true” and “proposition A corresponds to reality” are just two different periphrases that allow us to affirm what we affirm by affirming A. But the main consequences of the prosentential theory of truth regarding philosophical or metaphysical matters will be the topic of our next entry.

On the no-miracle argument for scientific realism