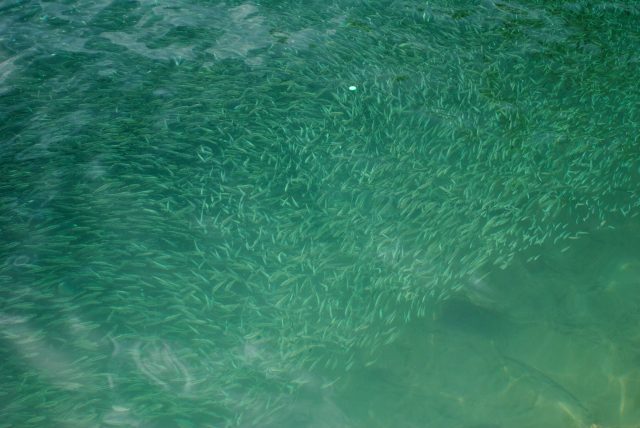 Climate change and increases in oxygen-free “dead zones” and acidification each pose health concerns for the world’s oceans, with immediate action required, says a report from the International Programme on the State of the Ocean.

Earth’s atmosphere appears to have only a fraction of the inert gas xenon. Using a computer model, scientists looked at xenon’s reactivity, which would not normally react with iron, the bulk of Earth’s core. But at the extreme pressures and temperatures at the center of Earth, xenon and iron appear to be attracted to each other.

Neural stem cells have been magnetically extracted from a rat’s brain without harming the rodent, offering hope that the procedure can be used to harvest stem cells from humans. Edman Tsang of the University of Oxford developed a technique in which magnetic nanoparticles coated with antibodies that cling to neural stem cells are injected into the lateral ventricles of the rats’ brains. After the nanoparticles attach themselves to the stem cells, a magnetic field around the rats’ heads pulls the cells together so they can be extracted with a syringe.

Using cosmology to establish the quantization of gravity

By studying maps of the cosmic microwave background, the first light that traversed the universe after the Big Bang, scientists may be able to find evidence of quantum gravity, suggest physicists Franck Wilczek of the Massachusetts Institute of Technology and Lawrence Krauss of Arizona State University. Researchers have long been trying to verify the existence of quantum gravity to link the theories of gravity and quantum mechanics, and the physicists think looking at the maps of the nascent universe may provide that answer.

Flowering plants may have existed 100 million years earlier than previously thought, appearing along with the first known dinosaurs, researchers said. Fossils of ancient pollen grains have been found in Switzerland dating to the Middle Triassic period, about 245 million years ago, giving scientists evidence of the flowers.