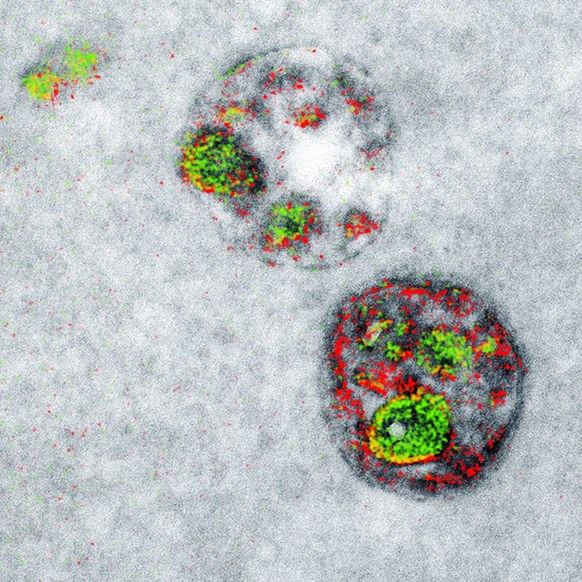 Researchers at the University of California at San Diego have developed a technique that adds color to black-and-white electron microscope images. The scientists create a black-and-white base layer by adding a heavy metal to the specimen, then create another layer by adding a rare earth metal that clings to specific molecules and assigning a color to it, making those molecules stand out.

Color images released Thursday show more detail of the site where the European Space Agency’s Schiaparelli lander crashed as it attempted to touch down on Mars last month. The photos, taken Tuesday with the Mars Reconnaissance Orbiter’s high-resolution camera, indicate the lander’s parachute has shifted positions since the crash, likely due to the planet’s wind, and more images will be taken in about two weeks to see whether any other changes occur.

Some gene mutations can suppress negative effects of others

Some gene mutations can block the negative effects of other mutations. “We’ve uncovered fundamental principles of genetic suppression and show that damaging mutations and their suppressors are generally found in genes that are functionally related,” said Charles Boone, study co-author.

Dust samples show diversity of insects living inside US homes

Many different kinds of insects live inside US homes. Researchers got dust samples from 730 homes throughout the US, which revealed DNA information about all the creatures that inhabited the houses.

Brain cell proteins called prions change shape and help fruit flies remember things. A similar protein exists in human brains, and the findings may one day lead to treatments for such illnesses as Alzheimer’s disease.