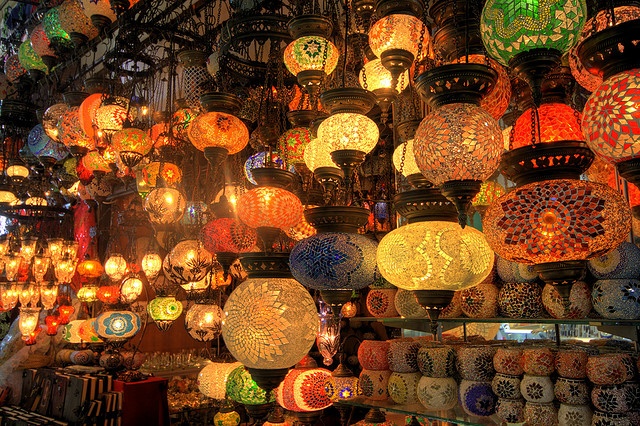 The first known application of modern economic techniques to solving epistemic problems in science was very explicit in describing the value of a scientific theory as the difference between ‘costs’ and ‘benefits’. I’m referring to Charles Sanders Peirce’s ‘Note of the Theory of the Economy of Research’, published in 18791, less than a decade after the introduction of marginal analysis in economic theory by Carl Menger and Stanley Jevons. In that short article, Peirce considers the problem of how much time or effort to devote to several research processes, by taking into account “the relation between the exactitude of a result and the cost of attaining it” (p. 184). The solution of Peirce’s model is that total benefit (the difference between the ‘utility’ derived from a set of experiments and the total cost of performing them, assuming this to be a constant) is maximised by devoting to each problem an amount of resources such that the ‘economic urgency’ of every problem, i.e., what we would now call the ‘marginal utility’ derived from each experiment, is exactly the same. Besides being one of the first applications of marginal utility theory, not only to problems of epistemology, but tout court, Peirce’s ‘Note’ is also remarkable by connecting the idea of ‘epistemic benefits’ with some fundamental concepts of statistics and probability theory, and by advancing a conception statistical methods close to the modern theory of confidence intervals, specially by taking into account the relevance of costs in statistical inference. Peirce’s insight about the type of theoretical and practical problems his approach could open is even more surprising when we read the last paragraph of his ‘Note’:

It is to be remarked that the theory here given rests on the supposition that the object of the investigation is the ascertainment of truth. When an investigation is made for the purpose of attaining personal distinction, the economics of the problem are entirely different. But that seems to be well enough understood by those engaged in that sort of investigation.

Peirce’s work on the economics of research, however, passed almost unnoticed by as much as a century, till it was rediscovered for the philosophical world by Nicholas Rescher, who devoted a paper to it in the mid seventies 2, and who has incorporated to his pragmatist vision of science Peirce’s idea that economic considerations are essential to understand the rationality of research. Rescher made use of this idea in a series of books, starting by Scientific Progress, symptomatically subtitled ‘A Philosophical Essay on the Economics of Research in Natural Science’. The book’s main concern is with cultural disillusionment about science:

Disappointment is abroad that the great promise of the first half of the century is not being kept, and there are many indications that scientists are beginning to move back towards a view of the fin de siècle type and to envisage an end to scientific progress. The general public is perhaps even more drastically disillusioned (…) Science has produced numerous and rapid changes in the condition of our lives, but many of them do not seem for the better. Disillusionment all too readily leads to disaffection. A great deal of sentiment is abroad that is anti-scientific and even irrationalistic in orientation (…) A realistic and dispassionate reappraisal of the future prospects of science is thus very much in order.

It is in order to introduce ‘realisticness’ in the assessment of science that Rescher introduces the notion of costs as an essential part of his theory. This he does it by two different means. In the first place, in Scientific Progress he tries to show that scientific research is subject to a ‘law of diminishing returns’ because of the increasing cost of our ‘knowledge-yielding interactions with nature’ (ibid., p. 16). According to Rescher, there is a law according to which “when the total volume of findings of (at least) routine quality stands at Q, the volume of (at least) important findings stands at (…) Q½” (ibid., p. 98), or, in a more general way, the number of findings of merit m decreases exponentially as m grows; second, the increasing technical difficulties in the creation and implementation of scientific instruments and experiments makes it grow the economic cost of each unit of new relevant scientific information. This diagnosis allows Rescher to conclude that, on the one hand, science is going to face economic and technical limits much earlier than the limits derived from the finiteness of human ingenuity, but, on the other hand, there is really no end in the prospects of the quantity, quality and variety of forthcoming discoveries (see also 4).

Most important for the evolution of ESK is the second type of use Rescher makes of the Peircean insights, first in his book Peirce’s Philosophy of Science 5, and more decisively in Cognitive Economy. The Economic Dimension of the Theory of Knowledge6. In the latter book, Rescher generalises the identification of rationality with cost-benefit calculation to other aspects of scientific research besides that of the selection of problems. In particular, Rescher employs the cost-benefit idea to argue for the following points:

a) scepticism is wrong in only considering the cost of mistakenly accepting wrong hypotheses, but does not take into account the cost or rejecting right ones (i.e., the benefits we would have had by accepting them); Cartesian rationalism commits just the opposite error; an intermediate attitude towards epistemic risks is better than both extremes;

b) scientific communication is also organised according to the principle of minimising costs, in this case, the cost of searching for relevant information;

c) rational theory choice is grounded on the principle of induction, which is given an economic interpretation: we tend to infer from our data those theories which have more simplicity, uniformity, regularity, coherence, and so on, because these virtues are cognitive labour saving; only when the most economic theory does not give us enough benefits, is it rational to look for a not so simple hypothesis;

d) from a falsifications point of view, the same applies to the decisions about what theories are going to be proposed and tested in the first place.

Another author that has tried to apply ‘cost-benefit rationality’ to problems in philosophy of science, and in particular to its falsificationist brand, has been Gerard Radnitzky 78. The problem Radnitzky initially considers is the following: according to Popper, scientists’ decisions of accepting or rejecting a theory or a ‘basic statement’ (i.e., an empirical proposition employed to test a more general theory) are not reducible to any kind of algorithm (like deductive or inductive logic, say), but always rest on conventional decisions; Popper, however, did not explain what precise criteria scientists can or must employ in taking those decisions, in particular, what kind of arguments can be used to decide when to stop testing a theory or a basic statement. Radnitzky’s idea is to apply Popper’s ‘situational logic’ to that problem, reconstructing the scientist’s situation as one in which account must be taken of the ‘costs’ and ‘benefits’ of every possible decision: for example, rejecting a particular basic statement can demand offering an alternative explanation of how scientific instruments work, and the latter can be ‘more expensive’ than the former because it not only demands to invent that explanation, but also to lose some of the other things which had been explained with the old theory.