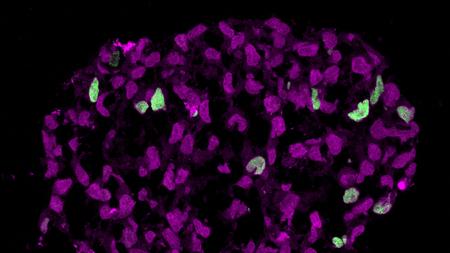 Scientists have found a way to create human primordial germ cells, or PGCs, in a lab. The research stresses they are significantly different than those of mice, calling into question the efficacy of mouse experiments as related to human cell development. Scientists reprogrammed human embryonic stem cells and induced pluripotent stem cells to create the PGCs.

Researchers have discovered 98 new species of beetle in Indonesia. The beetles are all members of the genus Trigonopterus.

Scientists have gotten a unique look inside the eyeballs of an ancient fish that’s so well preserved, rods and cones are still visible using a scanning electron microscope. According to the finding, fish have been able to see in color for at least 300 million years, the age of the fossilized Acanthodes bridgei found in a Kansas quarry that once was a shallow lagoon. This is the first time fossilized photoreceptors have been found in a vertebrate’s eye.

A network analysis finds that the European economies with the most interconnections, like Germany, are the most vulnerable to economic crises in the absence of government intervention.