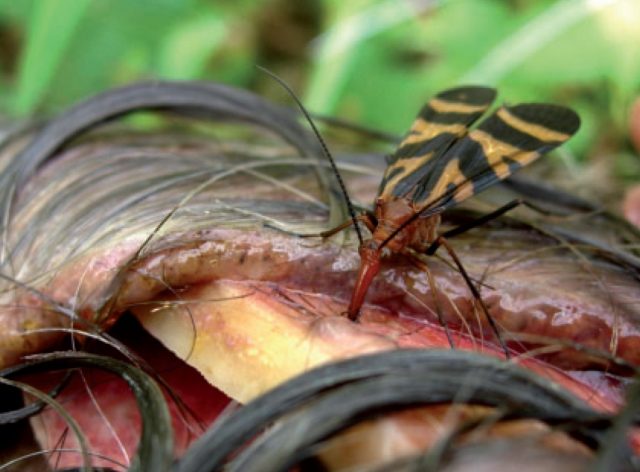 Researchers working with human cadavers were surprised to see scorpion flies arrive first to feed on the remains instead of blowflies, which are commonly thought to be first responders, according to a study. The finding could have an impact on forensic investigations.

Fish and other aquatic creatures have been found living deep beneath thick Antarctic ice, sealed in a small wedge of seawater far from sunlight, according to researchers who didn’t expect to find anything but microbes. Scientists bore a hole into the Ross Ice Shelf, and sent a specialized robot to investigate the depths.

Physicists have developed a metal surface that repels water so well, droplets just bounce away. Scientists etched a series of tightly arranged parallel grooves covered in complex nanostructures into the metal using lasers, giving it its remarkable repellent behavior.

A new instrument may help to carry out tests to optimize miniature drones, in attempts to assess their flight performance more precisely. A team from Stanford University have shown how flapping wings enable flying animals and biomimetic robots to generate elevated aerodynamic forces.