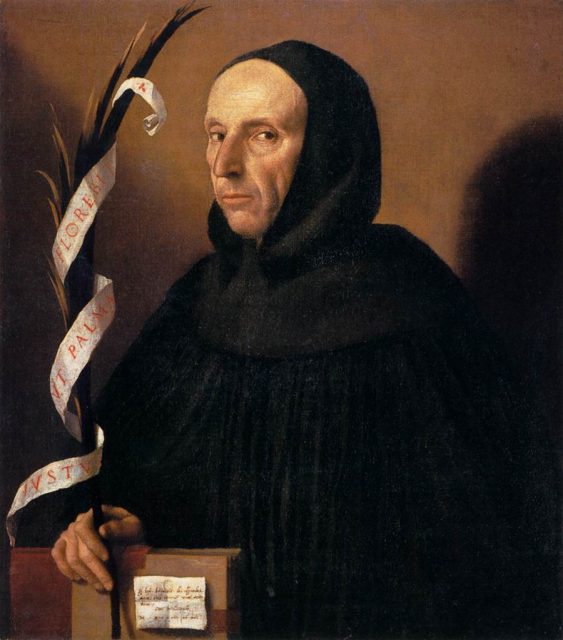 As we saw in the previous entry of this series, skepticism had a relatively minor role during the development of medieval philosophy, with the main exception of the interesting possibility of interpreting the Pseudo-Dionysius as a skeptic about our knowledge of the nature of God (not, of course, of its being… save for ‘being’ being one of the doubtful things belonging to the nature of something). For all the great medieval theologians, skepticism became rather a kind of ‘straw man’ that they felt obliged to ‘refute’ at some point or other of their long and elaborate writings.

Things started to substantially change by the end of the Middle Ages, with the rediscovery of the text of Sextus Empiricus and other sources about ancient skepticism. But what makes it important the renaissance of skeptical arguments by around the 16th century is not a matter of mere philology, but the power those arguments were destined to have in the enormous social and cultural transformations Western societies were starting to experience. Modern skepticism had three main traditions as its targets: the tradition of science and the tradition of religion, on the one hand, and the ‘traditions’ of, so to say, popular ideas and popular culture .

‘Science’, by 1500-1600, basically meant the scholastic development of the Platonian-Aristotelian worldview, not only in what regards the content of that view, but mainly its method: the idea that human intelligence can grasp the ‘essence’ of things (either by some kind of intellectual intuition, as in the case of Plato, or by some type of induction, as in the case of Aristotle), and derive all necessary knowledge about the world starting from the truths about those essences and proceeding by syllogistic reasoning.

‘Religion’, of course, meant the authority of the Catholic Church and its doctors on the interpretation of the Holy Scriptures (and later, also the intellectual and moral authority of the Reformation leaders’ arguments and writings). Of course, since the philosophy of those doctors was in the end based on the scholastic view of knowledge, most of the skeptical attacks could be directed at both targets at the same time; but it is interesting to maintain the difference, because one of the most striking facts about the evolution of skepticism in the modern age is that it started using the criticism to Aristotelian science as a way of saving the truth of Revelation from the fallacies of scholastic philosophers or religious reformers (depending on the author of each argument), but ended, by the time of the Enlightenment, as a criticism to religion.

This is important: Renaissance and early modern skeptical philosophers were not, in general, critics of the Christian faith, rather on the contrary: they were arguing that human natural cognitive capabilities (as we would say today) are too feeble to allow us to know God in a ‘scientific’, or ‘philosophical’, or ‘metaphysical’ way (no difference existed by that time between these concepts), neither, of course, all the other things God wanted us to know for our salvation. Hence, most Renaissance skeptics were really fideists to some or other extent.

The problem, of course, was: which is the right source of faith? The Italian preacher and reformer Girolamo Savonarola (1452-1498) is the first one whose theses seem to have been inspired by the rediscovered Pyrrhonian arguments of Sextus Empiricus, that he might have known through his friend Pico della Mirandola (1463-1494); Savonarola employed Pyrrhonian style arguments to put under doubt the sources of the authority of the Pope and the church; not being a real philosopher (but most preoccupied in the growing corruption of the clergy and of all society), his standing sermons do not reflect this too directly, but it is a piece of indirect evidence of this Pyrrhonian influence that the main judge in charge of Savonarola’s trial (as well as torture and execution) had to borrow the Greek manuscript copy of Sextus Empiricus (no printed edition existed till 1562, in Latin translation) held by the popes in Rome, in order to mount the official accusation. By the way, that manuscript was later lost.

Curiously, similar but more sophisticated arguments were mounted a few decades later by Erasmus of Rotterdam (1466-1536) in order to establish the limits of human natural rationality as a criticism of a more successful reformist (Luther). In a similar way, authors as Michel de Montaigne (1533-1592) and Blaise Pascal (1623-1662; in this case, a long time after ‘Renaissance’) still used skepticism as a way of limiting the capacity of reason to criticize the truths of Revelation. Of course, these three authors (Erasmus, Montaigne, and Pascal) did not limit to offer a dogmatic defence of the Catholicism, as it is proved by the fact that their works and influence were seen with great suspicion by the Church.

It is precisely with Montaigne that ‘public opinion’ (as we would say in today’s idiom; perhaps ‘customs’ would be a better term, if we include within its meaning the ‘customs of thought’) becomes one of the main target of skepticism. This led to the first most important example of what we could call ‘cultural relativism’ (again, with the ancient Greeks’ permission). Montaigne is, for example, one of the first ones condemning the European conquest of America, as well as the religion wars of his time, on the basis of a criticism to the main philosophical premise that was employed to justify them: the ‘superiority’ of one culture, or one faith, over another.

But probably the most incisive skeptical authors of that time were not those coming from a Christian tradition, but those of Hebrew origins (which, by the way, could easily put arguments against the Catholic Church similar to those put by catholic philosophers against protestants). After all, medieval Jewish philosophy had not such a big debt to Aristotelian metaphysics and epistemology as Christian scholasticism. For example, rabbi Hasdai Cercas (ca. 1340-1410), the head of the Jewish community of Aragon, had vigorously attacked Aristotle in his writings (though his arguments were only known by those knowing Hebrew, and within Christians, mainly by aficionados to the Kabbala).

A much more influential author of Jewish origin would become Francisco Sanchez (1551-1623), born of converted parents, probably in Southern Galicia or Northern Portugal, though educated in Italy and working as a doctor in France for most of his life. His main work gets the undoubtfully skeptical title Quod nihil scitur (“That nothing is known”), published in 1581. The book starts (perhaps more rhetorically than as a real logical move) by denying that one can even know the only thing Socrates said he knew; according to Sanchez, one cannot even know that one knows nothing. Then he offers one of the most elaborate criticism of the Aristotelian view of science, denying that one can proceed from definitions (that are mere words, and that we cannot know whether they describe the ‘real essence’ of things) through deductive syllogisms (that in the end constitute a petitio principii), nor through induction (for we cannot experience everything). Of course, Sanchez remains one of the ‘fideist skeptics’ crowd, asserting that true knowledge can only come to us from faith and revelation. But the seeds of (modern) skepticism were planted and were soon to flourish.