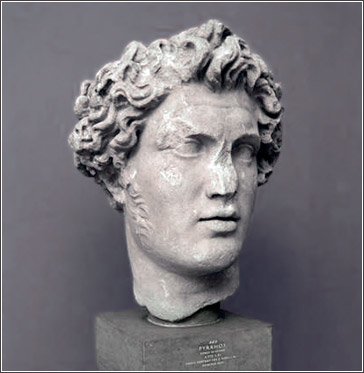 We ended the first article of this series introducing the man who very likely is the first skeptic philosopher properly speaking, Gorgias of Leontini, and who, as we saw, is said to have claimed, 1) that the being is not (or ‘there is nothing’), 2) that if some being existed, it could not be known, and 3) if something could be known, it could not be said. This, however, is hardly more a ‘skeptical’ position than that of a strict contemporary of Gorgias, which has become awfully more famous: the Athenian Socrates (approx. 470-399 BCE), the master of Plato (and of many others), whose main thesis is, as you will surely remember, that “I know one thing: that I know nothing”.

Actually, little is what we know with certainty about Socrates’ thought, for he didn’t write anything and each one of his disciples or later philosophers that wrote about his figure attributed to him very different viewpoints. What seems clear is that Socrates practiced a kind of reasoning (or dialog) that committed others to blatant contradictions, showing that the principles on which they were basing their opinions amounted to nothing; the main steps in this method were forcing the other to offer a precise definition of the concepts he was using, and then trying to look for counterexamples of those definitions. Socrates likely referred to this practice (later known as ‘the Socratic method’) as ‘examination’ (skepsis), but his most important followers (Plato in the first place, Aristotle later, as well as others) were confident enough in the capacity of human reason to find something like a firm grounding for rational knowledge (episteme, or, in latin, scientia), both in the theoretical and in the practical realms.

Being the oldest philosophers from which a big amount of writings had been preserved, the history of philosophy derived from Plato and Aristotle’s works has depicted Socrates as someone who put some of the main right questions and developed a way of criticizing the wrong answers, but who, like Moses dying just before entering the Promised Land, didn’t push reason enough to illuminate the right answers. It would have been funny seeing how Socrates himself would have reacted to the writings of these ‘classical’ philosophers; I’d bet that he would have applied his ‘examination’ leading Plato and Aristotle to blatant contradictions no less than he had done with his own contemporaries, who, after feeling so molested by his skepsis, condemned him to death by drinking a hemlock cup.

The truth is that some philosophers played exactly that role, some even from the very seat of Plato (his Academy in Athens, whose leaders of the 3rd century BCE, Arcesilaus and Carneades, are said to have become thoroughly skeptics), but the most influential skeptical school of the Antiquity had been founded a few years before, by Pyrrho of Elis (Elis is on the northwest of the Peloponnese, close to Olympia). Following the master Socrates, neither the ‘Academic’ skeptics Arcesilaus and Carenades, nor Pyrrho (who was a disciple of other branch of the Socratic schools: the Megarians, from Euclid of Megara, not to confuse with the great mathematician Euclid of Alexandria), seem to have written a single line. They saw philosophy rather like a living activity, and teaching as only a kind of direct acquaintance between master and disciple, not committable to dead ink and papyri. Hence, it is difficult to reconstruct their ideas.

Fortunately, something that might resemble the thought of Pyrrho was written five hundred years (!) after he lived, by an obscure author called Sextus Empiricus (approx. 160-210 CE; not a bad name for a philosopher), whose book entitled Pyrrhonian Outlines is our main source to know about old Greek skepticism.

I shall talk in a minute about this book, but I have to confess that the greatest pity is our having lost the work of one direct disciple of Pyrrho, a prolific author named Timon of Phlius (approx. 320-230 BCE), who wrote plenty of books in almost all genres, but who was most famous amongst ancient readers by the book entitle Silloi (‘Satires’ or ‘Lampoons’), mainly written as a dialog between himself and Xenophanes (one of the oldest pre-Socratic philosophers, and he himself reported as author of some satires), and containing burlesque criticisms of most of the philosophies known to the time, very probably based on Pyrrhonian arguments. Another work of Timon we know by secondary references, Indalmoi (‘Images’ or ‘Appearances’) likely was a description of the philosophy of his teacher. Regrettably, as with most of the Greek and Roman authors, just a few decontextualized quotes and references have remained in the best of the cases from Timon’s books.

What is most sure is that Pyrrho’s skeptical arguments were based on the confrontation of claims (for every thesis there are strong arguments in favor and against), on the idea that the most rational attitude in this case is suspension of belief (epoché), and that this is the best way towards the state of the mind that constitutes the greatest good: ataraxía or imperturbability. This certainly sounds weird for us, children of the Christian faith and of the science of the Enlightenment, for, is it not uncertainty what we fear most? Is it not knowledge what can save us, or at least make our lives more comfortable? Ancient skepticism seemed to function under a totally different paradigm: it is so little what we can know with certainty, that strong opinions will almost always cause us harm in a way or another; so it’s better not to have a strong opinion about anything (or, in most versions of ancient skepticism, about anything not directly testable by the senses). It is interesting to compare this strategy for happiness with those of other Ancient philosophical schools, like the Stoics, the Platonics, the Epicureans or the Cynics: in a way, all these schools aimed at the same state of mind (ataraxía) through a combination of accruing knowledge and limiting desire (though they disagree about what we know about the world and themselves, and about what desires are worth being curtailed). Instead, the skeptics looked for a kind of shortcut: it is our realizing that we cannot know basically anything for certain what lead us to deep tranquility.

Going back to our friend Sextus, his book is basically a recollection and exposition of the assortments of ‘arguments’ (or tropoi, i.e., ‘ways’, ‘ways of arguing’) that have been collected by generations of skeptics from the 3rd BCE to 2nd CE centuries, mainly amongst them Aenesidemus of Knossos, who taught in Alexandria in the 1st century BCE. The most famous of these lists is the one known as ‘the ten tropes’, which mentions ten difficulties in establishing the truth of anything.

The following are some of these arguments: Different animals perceive things differently, so, how can we say that the human way of perceiving things is the right one? Also different individuals perceive things differently, or do it so under different circumstances, or through different organs, so, what ensures that your view of things is more accurate, or that sight is a better representation of things than smell? Other arguments referred to differences in moral judgments between different societies, in a way that Greek Skeptics can also be regarded as the founders of cultural relativism. And furthermore, custom tends to makes us judge as normal or unsurprising what, from a different point of view, could be considered as more strange (for example, the sun is much more marvelous than a comet, but, since we the former everyday and the other rarely, we are much more excited by this one).

Other, more abstract set of ‘tropes’, are attributed by Sextus to a certain Agrippa (probably from 1st to 2nd century CE). These are the following:

-Disagreement: about everything there are different opinions with strong reasons in favour.

-Infinite regress: every justification we give of an opinion must itself be justified by another opinion.

-Relativity: everything seems different when considered from another point of view or circumstance (most of Aenesidemus’ tropes were clearly cases of this ‘trope’).

-Hypothesis: Many opinions are held without any argument, and so they are mere conjectures.

-Circularity: Many justifications given for an opinion have this opinion itself as a premise at some point.

Independently of whether we are skeptic or not, it is obvious that Agrippa’s five tropes have become part of what we understand by a rational attitude. The history of Greek skepticism lives much deeper in our mind than what most of us tend to think.