Electrical energy is now the dominant form of energy consumption in industrialized countries and is an essential element in the operation of many of the devices we use every day. For decades, one of the most poorly understood yet most practical properties of a piece of solid matter was its ability, or lack of ability, to conduct electricity.

Why do some materials conduct electricity, while others act as insulators, and still others (such as semiconductors) act as one or the other depending upon the conditions? How can an understanding of such properties be put to even greater practical use? 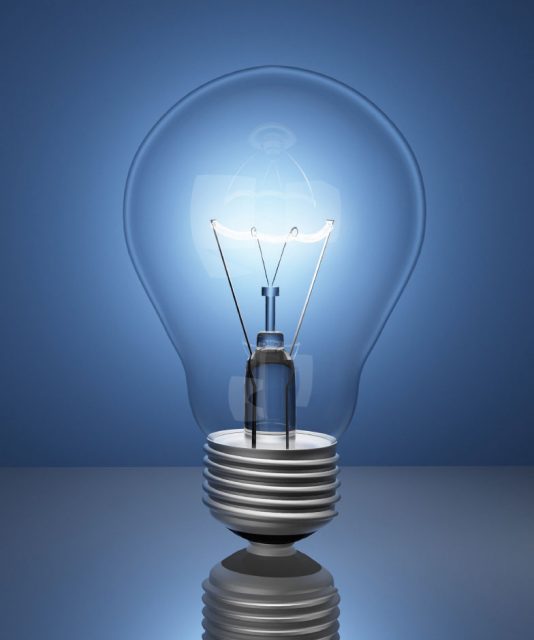 The German physicist Georg Ohm discovered in 1827 an empirical law, known as Ohm’s law, relating the current in a material and the voltage applied to the material V = IR. Here V is the potential difference, I is the current, and R is the resistance of the material. The resistance is normally constant for each material, but there is a different resistance for different materials. As the resistance of a material increases, its conductivity goes down, so the amount of current that it conducts must also decrease, according to Ohm’s law: I = V/R.

Of course, if the resistance of a material is so large that it approaches infinity, then V/R becomes zero, so I = 0. This means that no current flows through the material. Such a material is called an insulator. An insulator allows virtually no current to get through. On the other hand, if R ever happened to reach zero, the current would become infinite, or undefined, for even the tiniest voltage. This is what happens in a superconductor. Even without a voltage source, a current in a loop made of a superconductor, once started, will continue in principle undisturbed virtually forever.

The first superconductor was discovered in 1911 by Kammerlingh Onnes in Amsterdam while studying the conductivity of mercury at extremely low temperatures. During the late 1980s, one superconductor maintained a current without loss for nearly 3 years. A normal conductor would lose its current within a small fraction of a second without the help of an external voltage.

Even with an applied external voltage, you know that a wire of normal resistance carrying a current begins to warm up, indicating that electrical energy is being converted into thermal energy in the wire. Wires can become so hot that they glow and emit light; this is put to good use in incandescent light bulbs and in electrical heating elements.

This behaviour is similar to the conversion of kinetic energy into thermal energy due to friction, as when a book slides across a tabletop and comes to rest. It seems that perhaps the current in a non-superconducting wire encounters a type of friction as it moves down the wire, which explains why the wire gets hot. This suggests that in an insulator there is so much internal friction that it does not allow any current to flow, while superconductors have no friction at all, allowing currents to flow indefinitely without any noticeable loss of energy.

Soon after Thomson’s discovery of the electron, Drude in 1900 and H.A. Lorentz in 1909 developed the first electron model of conductivity in a conducting material. In their model, the solid material is assumed to consist of metal atoms arranged in a crystal structure, which is able to vibrate. However, electrons are the crucial element in understanding conductivity. Conducting metals such as copper and silver have one valence electron that is easily detached. So Drude and Lorentz assumed that these valence electrons provide the conduction current when a voltage is applied. 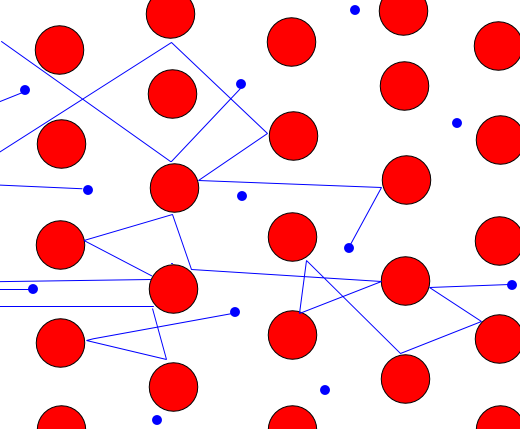 Their model is called the classical free-electron model, because it involved only classical physics (no quantum theory) and because the electrons were considered to be little balls of charged matter that are completely free to wander about within the material. They were not subject to repulsive forces from other electrons or to attractions to the metal ions. Only a “boundary force” around the edge of the metal acted on the electrons, preventing them from escaping into space.

In many respects the electrons in the Drude–Lorentz free-electron model form a type of ideal gas, an “electron gas” inside the metal. Despite the presence of the lattice atoms, the electrons are assumed to move about randomly, like molecules in the kinetic theory of gases, until an electric field is applied. Since the electrons are charged, at the instant the external field is applied they start to move in the direction of the electric force on them, but as they move they do undergo inelastic collisions with the vibrations of the crystal lattice, as well as collisions with impurities in the material and with imperfections in the lattice. All of these work together to slow the electrons’ advance and to reduce their kinetic energy. This slowing appears as a type of friction, which we surmised above, and the amount of “friction” is defined as the resistance. The lost kinetic energy appears as heat. The more inelastic collisions the electrons experience as they traverse the conductor, the more the resistance they encounter; on the macroscopic scale this is expressed as Ohm’s law.

Of course, if the material is made up of atoms that have no valence electrons (which can be shared), such as glass, wood, or plastic, there can be no conduction of electrons, and thus no current when a voltage is applied. The material is an insulator.

The Drude–Lorentz free-electron model accounted quite well for Ohm’s law, but it could not account for some of the thermal properties of the metals, besides the specific heat, such as the dependence of the resistance upon the temperature. Moreover, with the advent of quantum mechanics it was obvious that a quantum mechanical understanding of conductivity was required, since atoms and electrons obey the laws of quantum mechanics.

Why do some materials conduct electricity and others don’t? (2): The band theory of solids

Soft robots of the future may depend on new materials that conduct electricity, sense damage and self-heal

Breakdown of the free electron gas concept for electronic stopping