In the first entry of this series I introduced the new research field of ‘plant neurobiology’, one of whose main sites is the Murcia University ‘Minimal Intelligence Lab’ under the direction of cognitive scientist and philosopher Paco Calvo. In that entry, I offered a brief sketch of the topics covered by the field, topics that will be elaborated in this and the next entries, but I said nothing about what is perhaps the question that is most strongly loaded with prejudices concerning these matters: are plants really conscious? Even, can they be? 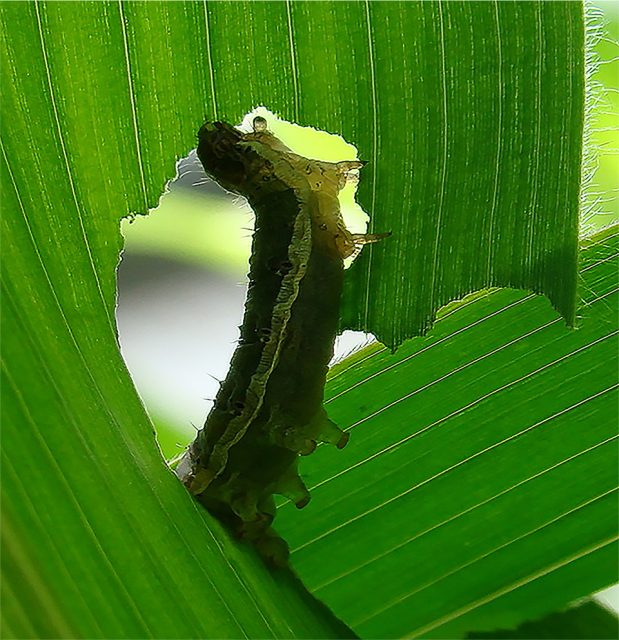 My suspicion is that this is not a very relevant question. After all, we already saw here that consciousness itself is a deeply polemic issue; it is not only that it is difficult to have a scientifically tractable idea of consciousness, or a reasonable theory about how it ‘emerges’ out of brain activity, or whatever, but the fact is that, even limiting ourselves to the study of animals, it is not really clear which ones do possess consciousness and which ones do not. On one extreme, some philosophers have attributed that cognitive capacity only to humans, even excluding small children and people with some mental retardation, for they (the philosophers in question) identify consciousness only with our highest intellectual powers, in particular with the mastering of a fluent language; consciousness would be, according to this approach, a very late evolutionary development, belonging only to our species, homo sapiens sapiens; in this sense, consciousness would be something like sapience. On the other extreme, other scholars are happy with accepting that almost any animal with a minimally sophisticated nervous system can have some degree of feeling, and many of them can also have the capacity of performing some types of mental operations; this view would rather identify consciousness with sentience.

Of course, it seems obvious that there are no grounds to attribute consciousness to plants in the former sense, or in any sense that entails something like ‘self-consciousness’ (in part because, as we saw in the previous entry, plants are usually not ‘individuals’ –i.e., ‘selves’–, in the sense most animals are, but have a different, more modular kind of biological organisation, so even if some plants could have some analogue of the neuronal machinery capable of producing a ‘view of the self’, there could be no self to be viewed); but it is not clear that consciousness in the other, weaker sense cannot be had by living beings that lack a nervous system but have, instead, other types of biological adaptations that might play a similar set of biological functions as nervous systems play in the case of most animals. After all, a nervous system is ‘just’ a bunch of cells, that mostly do what other cells do, and that are specialised in coordinating other parts of the animal by electrochemically communicating between themselves and with other cells. The phenotypic outcome of this type of coordination is what we call, in a very general sense, behaviour, in particular, behaviour that takes place through a process in which we can identify aspects such as perception, learning (i.e., memory), communication, and intelligence. Scientific research on vegetal cognition has wisely adopted the strategy of (mostly) forgetting about the question of whether plants are ‘conscious’ or not, and concentrating on questions about whether, and how, plants are able to perceive, to learn, to communicate, and to deploy intelligent behaviour. This approach, of course, can not only be applied to vegetals but also to other living beings that lack a nervous system but that are capable of deploying some signs of intelligence in their coping with their environment, like fungi, protozoans and some primitive metazoans (e.g., sponges).

I shall devote the rest of this entry to talk about plant perception, perhaps the most basic form of cognitive capacity. One first cue we have to take into account in order to distinguish between perception as a cognitive process and a mere ‘blind reaction’ to an external stimulus is whether there is some kind of spontaneity, interaction or self-regulation in the organism regarding its relation with the stimulus, i.e., whether the organism can have a kind of ‘active’ search of the stimulus, or a way of adapting its response to it depending on the circumstances, etc. One of the clearest examples of active perception (in this case, of the ‘touch’ sensory variety) is climbing plants or tendril-producing plants. As Mancuso and Viola (2013)1 put it:

“Take the pea vine… This delicate little plant produces many sensitive tendrils, which curl up in a few seconds when they touch something, attempting to twine around the object with which they’ve come in contact. This behavior is found in a great number of plants, which touch the objects around them to find the best one to support them as they grow, and then latch on to it. Could there be any better demonstration of the fact that plants are equipped with touch?”

In the case of the plant shown in this video, it becomes clear that the ‘contact’ between the tendrils and the object to which they attach is not ‘random’ at all, but is directed by movements of the plant itself, in such a way that the tendrils explore the surroundings in order to ‘find’ places in which to start growing and climbing.

The reactivity of plants to sources of light, as in the case of the sunflower, is of course very well known (though not completely well understood in many aspects), as it is their capacity of reacting to the presence of chemicals in the air, soil or water (and using them to communicate, as we shall see in a future entry), but what is much less known is the capacity of some plants to react to sounds (not to your telling them beautiful stories, by the way). For example, Mancuso and collaborators have discovered that corn roots grow systematically, under laboratory conditions, towards some specific sources of sound, having a preference for a continuous emission of 220 Hz, which is a similar frequency to that of the ‘clicks’ produced by the roots themselves in their own growing (and hence, it is perhaps also evidence that these sounds can be a form of communication between the plants themselves, though we have still no hints about what can be the adaptive meaning of that capacity). In another recent experiment, Heidi Appel, a chemical ecologist at the University of Missouri, found2 that, when she played a recording of a caterpillar chomping a leaf for a plant that hadn’t been touched, the sound primed the plant’s genetic machinery to produce defence chemicals

The not so secret life of plants (1): The emergence of plant neurobiology