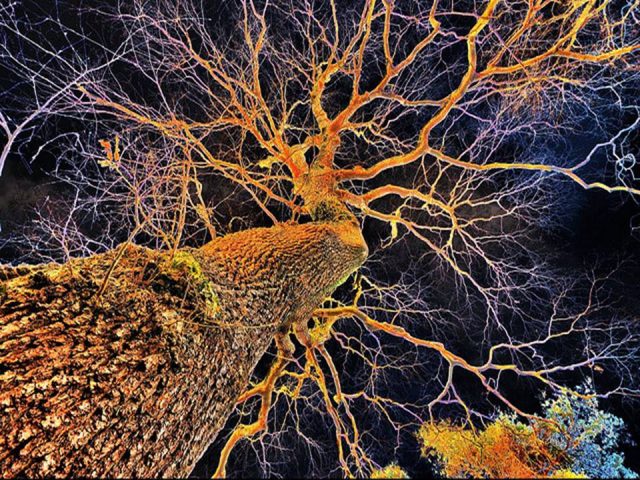 It is said of philosophers that they are ever less willing to recognise a mistake than the ordinary intellect… sorry, man on the street. Actually, an old joke tells about a university rector saying to other that his favourite department is that of mathematics, for mathematicians only ask for paper, pencils and paper bins; “oh, no!”, the other rector replies, “philosophers are much better: they only ask for paper and pencils”. The joke must be old enough for not taking into account expenditure in laptops or trips to congresses in exotic places, but it still has a point, perhaps. Anyway, you are going to be a witness of an unusual episode of a philosopher acknowledging that one of his ideas was wrong. The philosopher is, obviously, me. The idea is one I had entertained from many years ago, but, although I don’t remember having published it ever, I recall pretty well expressing it in front of some female classmates during my first or my second year as a Philosophy undergraduate. We were talking about whether plants can feel, and I somehow arrogantly answered something like “that’s totally impossible; plants cannot have feelings because they lack a nervous system”. Well, this is the idea now I think is wrong.

Probably, part of my feeling of certainty about my claim proceeded from the thorough and (by then) recent discredit of the ‘researches’ behind a famous best seller of the seventies, The secret life of plants (1973), by Peter Tompkins and Christopher Bird. These authors attributed to plants a plentiful of spiritual capacities, supposedly arising from a mystic dimension we might share with them, and tried to persuade the reader through the description of some ‘experiments’ that easily failed to be replicable when real botanists tried to do it. The only two nice consequences of the book were a growing trend for having plants in houses and offices in the ugly cities of that time in many parts of the world, and a wonderful double LP by Steve Wonder with the same title as the book (for mysticism in the art is always less harmful than in science). That your pelargonium does not grow better because of your spending half an hour a day telling stories to it was an empirical fact, as was its absolute lack of any telepathic capacities (also asserted in Bird’s and Tompkin’s book), but -an error, sigh!, too common in the history of science and of thought- I confused those sober facts with my preferred theoretical explanation of them: plants, I wrongly inferred, do not feel such types of things just because they cannot feel anything at all, because they lack the very biological structure that allows ‘higher’ animals to have feelings, thoughts and consciousness, i.e., a sophisticated nervous system, and more particularly a big brain.

One of the typical errors in thinking about plants’ psychology, even one that makes us almost automatically identify that very same expression as something close to a contradiction in terms, is that animals need to be ‘intelligent’ because they can move, and hence need to build a sophisticated internal map of their surroundings in order to identify where it is better to go or to run from, or what substances it is good to eat and which ones are better left away. Plants, instead, are ‘passive’, and so, do not need to have sophisticated cognitive skills. But, as the philosopher and cognitive scientists from Murcia University, Paco Calvo, has recently asserted, the argument could easily go the other way around: just consider how much intelligent you need to be in order to survive without having the capacity of moving, but living surrounded by millions of predators that can move and are happy to devour you. Not only that: the very fact that plants have ‘conquered’ most ecosystems outnumbering all types of animals gives you also a hint about how unlikely it is that they lack in absolute terms some form of intelligence.

A completely new field, called science neurobiology, has been born in the first years of the 21st century. As Calvo lists in a recent paper1, the number of plant competencies that are being identified and studied has grown at a considerable pace. “Plants can, not only learn and memorize, but also make decisions and solve complex problems. They can sample and integrate in real time many different biotic and abiotic parameters, such as humidity, light, gravity, temperature, nutrient patches and microorganisms in the soil, and many more, courtesy of a highly sophisticated sensorimotor system that includes proprioception, with sensory information being transduced via a number of modalities. Furthermore, plants can anticipate competition for resources, growing differentially depending upon the future acquisition of minerals and water. Plants also exhibit self-recognition and territoriality, being able to tell apart own from an alien, directing their movements towards their targets of interest. Plants can communicate aerially with members of their own kind and with members of other species. They can even communicate bioacoustically, making and perceiving ‘clicking’ noises. Some plants can tell vibrations caused by predators apart from innocuous ones (the wind or the chirps of insects), eliciting chemical defences selectively. In a sense, plants can see, smell, hear, and feel. In order to study this set of competencies, plant neurobiology relies on pressing questions from plant electrophysiology, cell and molecular biology, biochemistry, evolutionary and developmental biology, ecology, and related disciplines. But insofar as the target is cognitive phenomena (learning, memory, attention, decision-making, etc.) plant neurobiology transcends the individual scope of the constituent disciplines. In this way, it is not only the plant sciences that constitute plant neurobiology; resources from cognitive science and philosophy are central to such an interdisciplinary project if plant neurobiology is to maintain the study of plant intelligence well-focused.” (Calvo, 2016, 1329).

We shall review in future entries of this series some of the most amazing cognitive capacities of plants. Let’s finish this introduction by mentioning that one specific adaptation of plants that has decisively contributed to their ecological success is their modularity, as it has been recently described by botanist Stefano Mancuso 2. Most animals are literally individuals, in the sense that they cannot be divided without losing some essential organ, and hence without stop living, and basically all of them lack any relevant capacity of regenerating full organs, less still a capacity of regenerating the whole body out of a small portion of it (starfishes would be a famous exception). Plants, instead, can usually lose a big portion of their total mass by predation or by other causes, without that meaning an inexorable death sentence, and it is common in the vegetable kingdom that a new mature organism can grow out of a little stem or sprout. This means that the main living functions of the plant are distributed through the whole organism in a much more intense way as in animals, and from this, it follows that each small part of a plant has usually the necessity and the capacity to perform most of the living activities. This has often eclipsed the intelligence of plants because we zoocentrically have tended to identify intelligence with something like having a ‘control centre’ (basically, the brain). But we just need to recall the emergence of the internet to see that intelligence can, and often is, distributed, and a wisely distributed network of small nodes with ‘small’ capacities to adapt and respond, can be more intelligent that a central authority. Plants’ intelligent behaviour usually arises thanks to this non-animalistic, but also not less efficient, way of processing information.

The not so secret life of plants (2): Vegetal perception