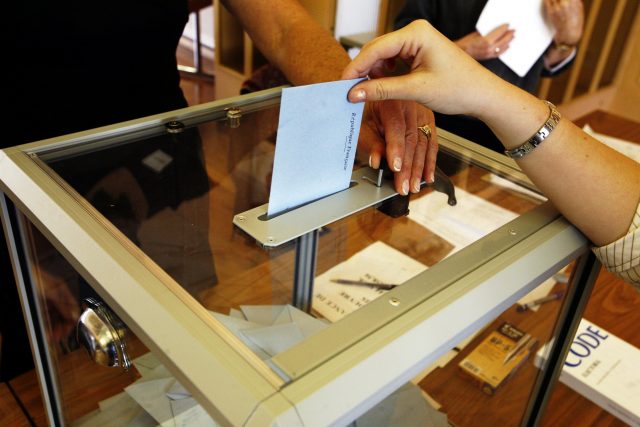 Consider a country with two left-wing and two right-wing parties. In each side of the political spectrum one of the parties is a radical and the other is a moderate. Consider also that the moderates attract more voters than the radicals. To fix ideas consider that the percentage of supporters are 15, 33, 30 and 22 from left to right. In this situation, a single round plurality vote to elect one candidate will result in the victory of the one proposed by moderate leftist party (33% of votes) if all voters vote for their most preferred candidate. Knowing this, radical rightists may decide to vote for the moderate right party. The final result depends on how radical voters in both sides balance their preferences for a candidate closer to their ideology with a chance to win (the moderate) and the wish to support and give visibility to their most preferred option (the radical).

In a runoff system, where the two most voted candidates are selected to compete in a second round, the radicals can show their support for their candidates in the first round, and will most likely vote (rather than abstain) for the moderate in the second round, as the radical option no longer has a candidate.

After analyzing these strategic aspects, Bordignon et al. (2016) 1 conclude that “if the electorate is polarized and moderate parties are large, the runoff system allows moderate candidates to pursue their own platform without being forced to merge and compromise with the neighboring extreme candidates. Intuitively, with single round and under sincere voting, the extremes can threaten to cause the electoral defeat of the nearby moderate candidate if he refuses to strike an alliance. Under runoff this threat is empty, provided that enough extremist voters are willing to vote for the closest moderate in the second round.”

The authors then find three testable predictions of the model:

To test these hypotheses the authors take a natural experiment in Italy’s municipal elections. In 1993 Italy changed the way mayors are elected. Previous to that date all municipalities used the same electoral mechanism, basically a pure parliamentary system, where the city council was elected under proportional rule, and the mayor was appointed by the council. Since 1993 the system was changed to one of plurality rule, with a single round for municipalities below 15,000 inhabitants, and with a runoff system above. Specifically, in municipalities below the threshold, the list with most votes gets 2/3 of the seats in the council, while the remaining lists share the other 1/3 proportionally to their votes. In municipalities of more than 15,000 inhabitants, at the first round voters cast two votes, one for the mayoral candidate and one for a party list. If a candidate gets more than 50% of the votes, he or she is elected. Otherwise, the two best candidates go to a second round, where the vote is only over the mayor, and not the party lists.

Since the threshold changes the way in which both the council and the mayor is elected, the test would be about both changes. However, the authors convincingly argue that in practice any change of behavior can be attributed to the change in which the mayor is elected, as the 1993 reform gave mayors a stronger political power. In fact, even if the council can, in theory, force the mayor to step out, this is an event that rarely occurs.

The selected data are municipalities around the threshold (between 10,000 and 20,000 inhabitants), which account for 10% of all municipalities, for elections between 1993 and 2000. In total the sample is made up of 2,027 mayoral terms in 661 municipalities.

Finally, it is important to notice that the results of the theoretical analysis require two central assumptions. First, that the electorate is polarized (moderates are closer to the extremists in the same side of the political spectrum than to each other), and that the moderates parties are greater than the extremists. Both conditions are met in the Italian local politics.

How does the number of candidates vary with the electoral rule?

Before the 1993 reform there is no effect on the number of candidates around the threshold. There are fewer candidates for smaller municipalities, but no discontinuity is found for towns just above and below 15,000 inhabitants. However, after the reform a sizeable and statistically significant discontinuity is found, supporting the hypothesis that the causality for more candidates in runoff elections is the mechanism and not the size. Overall they find that under runoff elections the number of candidates for mayor increases about 29%, in contrast with evidences from earlier works (see, for instance, Fujiwara, 2011 2 for the Brazilian case). The authors go further and argue that this is due to the strategic behavior of candidates, and not of voters, as they find no evidence supporting strategic voting in this context.

Policy volatility is measured using the change in municipal tax policy when the mayor changes. The authors find than the change is indeed greater under the single round system, supporting hypothesis (c). Further, the probability that a more extreme party (e.g., the Communist party) gets its candidate elected as a mayor is smaller with the turnoff system, which provides partial evidenced in favor of hypothesis (b). Alternative explanations for this (reduced-form) effect of the electoral system on tax volatility are rejected by the data, because the turnover between different mayors is similar in both runoff and single round elections.

More specifically, the authors consider the inter-temporal variation in the business property tax rate, and find a decrease of about 61% in the variance of the tax rate just above the threshold. Similarly, when they consider a cross-sectional variation in the same tax, within groups of municipalities of similar population size in a neighborhood of the threshold, they find a decrease in the variance of the property tax by about 71%.

Finally, the authors exercise some caution on the significance of their work:

“Our results have important implications for the design of democratic institutions. Political extremism is widespread in many advanced and developing countries (including Italy) and is often counterproductive. It reduces ex ante welfare if voters are risk averse, and it induces sharp disagreement that often disrupts decision making in governments or legislatures. In this respect, runoff electoral systems might have an advantage over single round systems, as they moderate the influence of extremist groups and reduce the welfare costs associated with (partisan) policy volatility.”

“Care should be taken in extrapolating our results to different institutional contexts, such as primary elections to select parties’ candidates. Another important limitation of our work is that we do not study the long-run effects on the number of parties and on their ideological positions. One may argue that the runoff system, while reducing the influence of political extremism on policies, allows extremist parties to survive by giving them visibility at the first round.”

Majority with veto rule versus unanimity