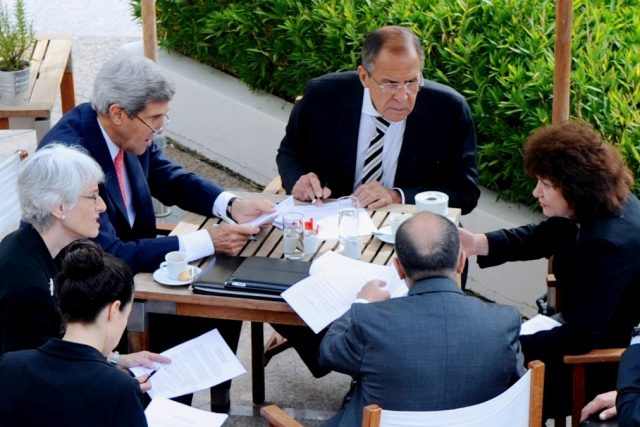 When I buy in a market I only deal with myself regardless of whether the market is competitive or in the hands of a monopoly. Given the price, I choose how much to buy. In an auction to get a Government project a firm has to anticipate what the other firms are bidding, but and unless they illegally collude they do not talk to each other about it. There are however many decisions that must be taken throughout a negotiation by a few individuals, like the decisions to agree on a price to pay for a project or to pass a law in a parliament. In these cases, there is often room for an agreement, like a price that is midway between the maximal aspirations of the buyer and seller, or a compromise in the scope of the law, and that is why we sign contracts and pass laws supported by coalitions of different parties. There is also room for diversity of preferences over the possible agreements, and that is why we keep using the Latin expression quid pro quo in these situations.

Typically, the way to study bargaining problems is through a well-defined bargaining procedure. The problem is that there are many choices of procedures. The players may alternate offers and counter-offers using a pre-specified order or randomly, the agreement may need unanimity or just a majority of the players, the procedure may have a definite final round, be indefinite or end up at any time with some probability, or the size of the pie may remain the same or change with time, just to name a few possibilities. The good news is that some regularities arise in the models. For instance, being impatient or risk averse turns the game against you, and the player with the capability to make a final proposal of the form of a take-it-or-leave-it offer will typically have a stronger bargaining position. Also, not knowing the benefits and costs of the other players will delay the agreement.

Within this context, de Groot et al. (2016) 1 introduce a new element. They study the effects of having a formal versus an informal bargaining procedure, and they do it both theoretical and experimentally. The authors consider a situation with three players that must negotiate the level of a variable. For instance, they may be parties that have to decide whether to increase, decrease or maintain the expenditure on a Government program. A single player cannot make the decision, but any two can. In addition, if they do not reach an agreement they go to a very bad disagreement point (for example, the program must be dismantled). For Player 1, the best outcome is to reduce the budget by an amount of, say, a, and then she evaluates any other outcome by how far is from this preferred point. Similarly, Player 2 prefers no changes in the budget, and Player 3 prefers an increase in the budget by b, and also both evaluate other cases depending on the distance from their preferred policies.

As the formal procedure the authors choose a standard alternating offer procedure, specifically the one in Baron and Ferejohn (1998) 2, and show how the outcome changes depending on the polarization of the players. First, consider the case of weak polarization. This occurs when the status quo is preferred to the disagreement point by all players. In this case, the outcome will coincide with the preferences of the median voter, Player 2. To see this notice that Player 1, who wants to decrease the budget, will agree to keep it unchanged because otherwise the Player 2 will negotiate a small increase with the Player 3. A similar argument works for Player 3.

The second case is of strong polarization. This occurs when no agreement between the best point for Player 1 and the status quo is preferred to the disagreement point by both players 1 and 2 because one of the two must concede too much to attract the other, and similarly for players 2 and 3. In this case, the outcome will be the disagreement point.

In essence, weak polarization maintains the status quo and strong polarization lead to disagreement, while a moderate one can lead to anything. In other words, with a formal bargaining procedure polarization hurts the median player.

As the informal procedure, the authors choose a situation in which players can make offers at any time to any other player. In this setting, and regardless of the polarization of the preferences, anything between the budget reduction by a, and the increase by b can be an equilibrium agreement, and so can be the disagreement point.

The second and main result is that formality matters. Theoretically, it is difficult to analyze the effects of formality, as a key characteristic of informal bargaining is that it imposes very few strategic restrictions on the negotiators. The median player in the experiment is significantly better off under an informal bargaining procedure without rules about the timing of proposal and acceptance decisions. Outcomes in the Informal treatment are significantly more often the median ideal and significantly less often a compromise between players 1 and 2. It appears that the informal procedure gives the median player more flexibility to exploit her superior bargaining position. This result supports the armchair observation that players in a better bargaining position prefer less regulation of negotiations, and also calls for the development of new bargaining models that explain this fact.

Majority with veto rule versus unanimity

Single round versus runoff elections