In the previous entry, I described Nick Bostrom’s argument 1 for the ‘simulation hypothesis’, i.e., the conjecture that we are very, very likely living not in a ‘real’ world, but within some kind of computer simulation, and ended offering some skeptical doubts about its structure by comparing it to Bertrand Russell’s prankish argument about whether we can know if the world has started to exist just five minutes ago. It’s time now to offer more contentful counter-arguments against Bostrom’s conjecture. Probably, the most important reason why the argument is fallacious has to do with its own content and not with its formal structure. His reasoning is based on a simple extrapolation from the historic progress of technology. It is, in a sense, a very naive extrapolation: contrarily to Bostrom and to Elon Musk (a prominent supporter of the simulation conjecture), my impression is that it is very likely that technological progress cannot lead to certain outcomes some people are prone to imagine just by projecting historical trends, and that in every realm of technology the most probable outcome is that a civilisation ends in a kind of plateau from which no significant further progress is possible, though perhaps in many realms we are still very far from the highest plateaus; after all, if technology could progress indefinitely, the universe should be full of signals of much more advanced civilisations. 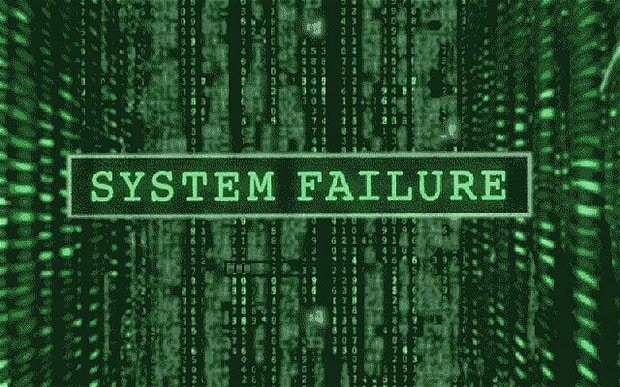 My main counter-argument is that the data on which this extrapolation about technological progress is based are data about our own world. Hence, if our world were not a real one, but a simulation, then there would be absolutely no reason to think that data about a fake world are representative of what happens in the real world where the simulation would be ‘run’. So, if Bostrom’s argument were sound, it will entail that we could not use one of the premises on which it is based. For example, perhaps our world is a simulation, but one made in a universe whose real physical properties and laws (probably very different from the ones we think our universe has) give to the real inhabitants of that universe only the possibility of creating a very small number of simulations, not an astronomical one (note that Bostrom’s argument does not need only that other, or future, civilizations are able to perform some simulations, but that they are capable of carrying out an enormous number of them, and that they will do it).

I have to confess that Bostrom’s argument reminds me of another one I did also criticize in Mapping Ignorance: William Dembski’s “explanatory filter” in defence of “intelligent design”. The similarity is relevant for an important reason: in both cases the argument is fallacious for being based on the assumption that there are only three options; in Dembski’s case, life could be explainable only by means of ‘deterministic causes’, ‘chance’, or ‘design’; in Bostrom’s, either massive perfect world-simulations do exist, or they are implausible because civilizations are doomed to early extinction, or because they will have some non-technical taboos forbidding them to run such simulations. But in both Dembski’s and Bostrom’s cases the truth is that there are an indefinite number of other options not taken into account in their reasoning. For example, perfect world-simulations may be technically impossible tout court no matter how advanced a civilization is (which is what I guess is more likely), or they may be technically possible but the simulated beings they contain are not conscious, or the simulations that are possible are not as ‘perfect’ as to be capable of replicating all the needed details.

There is a reason, in particular, to suspect that something like the last possibility is very likely, what also destroys the apparent soundness of Bostrom’s argument: if a real civilization where able of constructing a perfect world-simulation, the people in that simulation would be also capable of constructing another perfect world-simulation within their own fictitious world (for, if they could not, then their own world would not be a perfect simulation), but then the people within this second simulation could produce a third-order simulation, and so on, and so forth. But it seems that there are informational limits precluding that an infinite number of nested simulations can exist, for the original, real world, in which the first simulation is running would need to contain an infinite amount of information within the limited resources devoted to its toy. Hence, simulations cannot, by reasons of principle, be ‘perfect’ (save if the laws of the real universe are so different from what we think about our own universe that we cannot infer anything about it).

Another reason to doubt that we are the product of a computer simulation is the following. Simulations are usually carried out with the goal of observing their outcomes (this is actually the idea Bostrom has in mind when he imagines an astronomical number of simulations being carried out by future civilizations). This means that the entities a simulation is composed of, or the events that take place within it, must have some physical connection with something that is used as an interface between the simulation and its observers. But the causal lines within our own universe seem to be ‘closed’, in the sense that no energy, nor any amount of information, is allowed to escape our universe in order to be transferred to that imaginary ‘interface’. For example, the events that happened far in the past, and which (blame the second law of thermodynamics!) have left no traces from which we can discover just whether they happened or not (e.g., the last dinosaur in dying was male or female?), are simply events about which nothing can be known… not just by us, but by any other agent that did not interacted with those events at the right time. And if the simulation builders were observing our world ‘in real time’, then that should produce some kind of physical interaction that had to be detectable, at least through the amount of energy the interaction would need to extract from the ordinary physical events. By the way, this discussion points to where defenders of the simulation hypothesis should lead their argumentative efforts: not towards logical, philosophical arguments (which are always doubtful in merely speculative scenarios), but towards the empirical confirmation that some physical interface with the simulation builders is detectable within our universe. Till now, no traces of that interface seem to be possible according to the accepted laws of physics.

Let me offer a last reason to suspect about the soundness of the simulation argument, one that is probably more philosophically deep: the argument basically depends on a naive view of knowledge as a kind of ‘mental representation of an external world’, and makes you frame the question as if the relevant analogy would be to distinguish an original picture by Velázquez from a good forgery (the ‘simulation’). But knowledge is not, in its main basic form, a representation, though we can sometimes use some representations in order to get knowledge of the world (e.g., maps, diagrams, etc.); it is, rather, a kind of practical, material activity (like eating or reproducing) that we perform in interaction with the things surrounding us. Material reality is not primarily something ‘external’ we may try to ‘know’ and distinguish from ‘illusions’, but is just an intrinsic part of the activity knowledge consists in. Knowledge is, hence, embodied knowledge (e.g., Shapiro, 2011 2), and consists more on inferential practices than on mental representations. Even virtual reality is in the end just a portion of our material universe, with which we need to learn to interact in a material way. But going deeper into this is another story.

Why we almost certainly do not live in a simulation ? (1)

Epistemology in the courts. Or, Sherlock Holmes is dead, long live to Thomas Bayes.