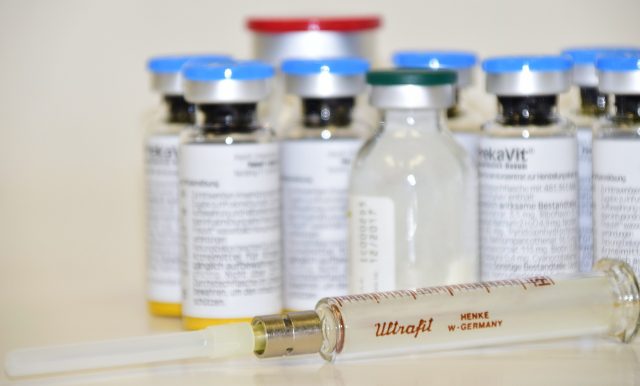 Patients suffering from rare diseases (defined by the European as those affecting less than 5 in 10000 people) have traditionally been overlooked by pharmaceutical companies. They are usually looking for the next blockbuster drug, so the lack of a large patient pool means they may not generate the revenue needed to justify the R&D financial effort. However, the appearance of small and medium biotechnology companies trying to get a business niche along with the incentives approved by authorities such as the FDA or the EMA has dramatically changed the landscape. Specifically, the Orphan Drug Act approved in 1983 in the USA gives companies tax incentives, extended IP protection and marketing rights or relieve of fees associated to the cost of drug development. Therefore, patients suffering from diseases such as Brugada syndrome, Paget´s disease or Huntington´s disease have a better chance of improving their quality of life or even extend it.

Last September, the FDA granted conditional accelerated approval to a drug that has shown promise as treatment for patients with Duchenne muscular dystrophy (DMD), one of the “most common” and well known rare inherited genetic diseases. Eteplirsen (from Sarepta Therapeutics) is a phosphorodiamidate morpholino oligomer targeting approximately 13% of all DMD patients or more specifically, the ones amenable to exon 51 skipping after confirmed mutations on the dystrophin gene. This is the first therapy approved for DMD and, to the best of my knowledge is a first for the technology known as exon skipping, too. Accordingly, the approval process has been highly controversial and has generated a passionate debate 1.

DMD is a recessive disease predominantly seen in males because of its X-linked inheritance pattern (females would need to be homozygous for the mutation). Sadly, it leads to death in most individuals by their mid-twenties mainly as a consequence of respiratory or heart failure. The disease arises from mutations on the gene encoding for a protein known as dystrophin. This protein is a component of the dystrophin-associated protein complex (DAP), located within the muscle cell sarcolemma. Its role is to connect the muscle cell (through cytosolic actin filaments) to the extracellular matrix providing mechanical stability during contraction 2. In DMD patients, mutations (mainly deletions) found within exon 51 affect the reading frame and trigger early stop codons. The resulting aberrant protein is likely cleaved by the proteasome leading to absence of dystrophin. Disarrangement of DAP follows, causing progressive muscle weakness, decline in muscle function and degeneration.

Exon skipping is a term coined in late eighties referring to a form of RNA splicing were not all exons are present in the translated protein, leading to a truncated but viable version of the protein with the potential to be pathogenic 3. Scientists realised they could use this very same approach to purposely modify proteins to their will. Small oligonucleotides called antisense (AON) are synthesized and used to bind the mutated regions found in the messenger RNA, preventing its translation, but keeping the reading frame. The full-length protein is not rescued, but we get a shorter version which may lessen the severity of the disease.

Exon skipping was demonstrated on DMD twenty years ago and despite all efforts done to date, no treatment was available before eteplirsen (commercialized as Exondys 51) conditional approval last September. Noteworthy, this treatment is not a cure as it leads to the production of a truncated but functional version of dystrophin lacking exon 51. Patients will still experience the milder symptoms from a related disease, called Becker muscular dystrophy.

Clinical trials to evaluate Exondys 51 were designed to look into dystrophin expression in patient´s muscle (primary endpoint) and the six-minute walk test (6MWT), assessed as a clinical outcome measure. The 6MWT measures the distance walked by a patient on a flat, hard surface for 6 minutes. On the positives, 83% from all individuals having Exondys 51 for 4 years were still able to walk as compared to a 13% from an external control (patients were not assessed within the same study). Furthermore, patients treated could walk 165 meters further in 6 minutes 4.

Finally, toxicology studies did show mild adverse reactions including balance disorder, vomiting, contact dermatitis, contusion, upper respiratory tract infection, excoriation, rash or arthralgia (sample size was 80 individuals). On the negatives, out of two different studies, dystrophin expression levels were increased less than a 1%, thus making difficult to believe this small increase could lead to such a big improvement in the 6MWT. Accordingly, the FDA review panel recommended against approval but still, Exondys 51 has been approved.

Now, new studies will have to be performed by Sarepta to fully support their new drug and meanwhile patients will be able to decide whether they want to start. More accurately, they may have it if they are insured and the treatment is covered by the insurance company (which is the next controversy). Given the safe profile from the drug (up until now) along with the severity of the disease and the lack of any effective treatment, it seems the FDA has made the right decision. However, we can consider it a little bit of a gamble too, being the reason the limited amount of data available for such an innovative therapy.

Stakes are high and if everything goes ok, it could represent a new revolution for the biotechnology sector, although others argue it may open the possibility to approve drugs lacking enough scientific evidence. Time will tell, but all in all it is cautiously good news for patients and the scientific community.

The rise of the superbugs