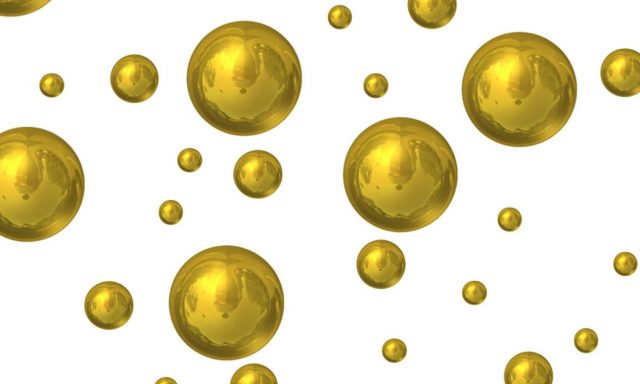 Many methods can be used to synthesise non-molecular inorganic solids. Some solids can be prepared by a variety of routes but others, especially those that are not thermodynamically stable, may be much more difficult to prepare and may require special methods. Non-molecular inorganic solids can also be prepared in various forms, as fibres, films, foams, ceramics, powders, nanoparticles and single crystals. For these different forms, synthesis is not the problem; instead, it is optimisation of the processing and fabrication procedures that is crucially important. This, linked to the possibilities of doping, modification of properties and possibilities for new applications, makes the study of inorganic solids such a diverse, challenging and stimulating area of science.

Enter gold nanoparticles. Colloidal gold nanoparticles have been utilized for centuries by artists due to the vibrant colours produced by their interaction with visible light. More recently, these unique optoelectronic properties have been researched and utilized in high technology applications such as organic photovoltaics, sensory probes, therapeutic agents, drug delivery in biological and medical applications, electronic conductors and catalysis. The optical and electronic properties of gold nanoparticles are tunable by changing the size, shape, surface chemistry, or aggregation state.

Controlling the spatial distribution of gold nanoparticles in the liquid phase is a convenient strategy for the bottom-up fabrication of dynamic materials. In this context, we need stimuli that can drive the assembly/disassembly process. The list of available stimuli is expanding continuously: from purely physical means like electromagnetic fields (magnetic fields, light) or temperature to chemical ones like pH, metal ions, (bio)molecules, or solvent composition.

The use of solvents does not seem very promising at first sight. Despite the wide variety of experimental examples, the use of solvents to trigger assembly and disassembly hinders the switching ability, which is, however, readily achievable with other stimuli, such as light. This is due to the fact that the alternate assembly/disassembly steps require increasing sample dilution. The volume changes during subsequent cycles alter the particle concentration and in turn the kinetics of the assembly process, leading to poor reproducibility. In other words, changes in the nanoparticle concentration alter the kinetics of the subsequent assembly process, limiting optical signal recovery.

Thus, to control solvent-induced self-assembly, the number of nanoparticles involved in the cyclic aggregation needs to be kept constant, regardless of bulk changes in the solvent composition. Such a scenario cannot be realized with currently available experimental models.

The central hypothesis is based on the confinement of polystyrene-stabilized gold nanoparticles within permeable (mesoporous silica) capsules to fix the number of self-assembling nanoparticles, which results in highly reproducible shifts of the localized surface plasmon resonance.

By combining 3D characterization by electron tomography and numerical simulations, the team was able to confirm that the experimentally observed plasmon shifts correlate with optical changes for individual aggregates.

This method shows unprecedented optical signal switching during the solvent-induced reversible clustering of nanoparticles. The structural advantage of our method is based on the fact that the nanoparticles are not loaded into a predefined container; instead, the container is built around as-prepared clusters, avoiding issues related to cargo leakage.

Finally, as we mentioned earlier, optimisation is crucially important and this method is also cost-efficient as the copolymer can be recovered for subsequent encapsulation processes.

Superparamagnetic nanoparticles and the separation problem

Single-chain nanoparticles, a world of opportunities