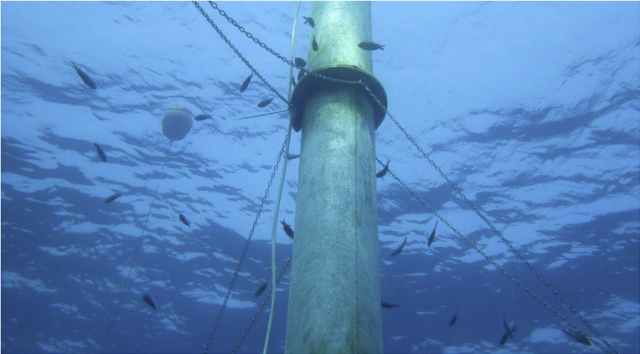 Floating structures are becoming increasingly popular. They are used by several industries, some have been in business for decades, like those dedicated to oil and gas, some are newer, like renewables (wind, wave, tidal), and there are still some other uses, like ports, while there is a constant flow of new ideas that imply their use in a near future. In the case of the offshore wind industry, as there are several advantages in moving offshore wind energy production towards deep waters, including the availability of larger areas, stronger and steadier winds, and the reduction of visual and acoustic impact, some new challenges appear. The implementation of such concepts requires a significant amount of research in the development of reliable dynamic models, able to represent the coupled behaviour of the floating wind turbines. While such models are usually basically numerical codes, experimental activities play a crucial role for their validation.

How do you get experimental data for a huge off-shore wind turbine? Do you actually build one?Broadly speaking, there are two kind of experiments, namely small-scale and large-scale ones and, in some cases, yes, you build a full-scale wind turbine.

Traditional small-scale activities (1:50–1:100) are carried out in a controlled environment such as wave tanks and ocean basins, where the desired wind-wave conditions can be reproduced, to measure the dynamic response of the structure and to calibrate the numerical model. The good news is that this kind of setting, a controlled environment, allows to achieve very precise and reliable data, but at the cost of being relatively expensive (high rental fees of the basins is a main cost), a key factor for the duration of the experiments, and still limited in representing all the relevant physical phenomena at scale level, which may alter significantly the dynamic behaviour of the model with respect to the full-scale structure.

On the other hand, large-scale activities (1:1–1:10) are carried out in open sea and allow to represent all the relevant features of the offshore wind turbines, including turbine-support interaction, mooring system and grid connection, in relevant operational conditions. Clearly, such projects are even more expensive and usually represent pilot activities, which are carried out by big companies and/or public bodies for demonstration and commercial purposes, and whose results are rarely publicly available.

In 2006, a 1:47 scale model of a 5-MW spar floating wind turbine was tested at the Ocean Basin Laboratory of Marintek, in Trondheim (Norway). The model was tested in irregular waves and turbulent wind speed and various control strategies were adopted. The experimental data showed relatively good agreement with the numerical results obtained in well-known models, but, again, some key information concerning the detailed characteristics of the exact model was not released.

In 2009 the US National Renewable Energy Laboratory (NREL) developed the specifications of a representative utility-scale multimegawatt turbine now known as the “NREL offshore 5-MW baseline wind turbine” to support concept studies aimed at assessing offshore wind technology. This wind turbine is a conventional three-bladed upwind variable-speed variable blade-pitch-to-feather-controlled turbine. The following year, the Offshore Code Comparison (OC3) project was established to verify the accuracy and correctness of the most commonly used numerical codes for coupled analysis of offshore wind turbines. Within this project, the OC3-Hywind spar buoy was defined as the reference spar concept designed to support the NREL-5MW reference offshore wind turbine. Since then, this concept has been widely used for experimental studies on offshore wind turbines, since Statoil’s Hywind characteristics are not released for public use.

Now, a team of researchers that includes Vincenzo Nava (BCAM & Tecnalia) has made public 1 the results of a open-sea intermediate size (1:30 scale) experiment on a spar floating support for offshore wind turbines, carried out off the Natural Ocean Engineering Laboratory (NOEL). These experiments were aimed at assessing some of the problems inherent to the traditional experimental activities in ocean basins, namely the feasibility of low-cost, intermediate-scale, open-sea activities on offshore structures, which are proposed to substitute or complement the traditional indoor activities.

The test site is located in the sea front of Reggio Calabria (Italy), on the eastern coast of Messina’s Strait. The site is particularly favourable for the selected case study, since it presents small wind-generated sea states with significant wave heights and peak periods and a variety of wave loading conditions over a relatively large frequency range. The support model tested is inspired in OC3-Hywind and is represented in parked rotor conditions.

The experiments carried out during the campaign were aimed at addressing and solving some of the problems inherent to the traditional experimental activities in ocean basins. In recognition of the fact that the well-known identification techniques adopted in indoor laboratories must be modified to work in a non-controlled marine environment, the researchers offer a wide overview about the requirements, test methodologies, instrumentation and identification methods necessary for operating dynamic identification of intermediate-scale models of offshore floating structures in open-sea conditions.

The results obtained from free decay tests and irregular wave tests performed on the 1:30 spar structure are presented in terms of response amplitude operators (RAOs), damping coefficients and significant motions in heave, roll and pitch, in order to calibrate a numerical model of the structure implemented through the software ANSYS AQWA. These experimental data represent valuable and original information on the hydrodynamic behaviour of the OC3-Hywind platform, since the numerical model has been implemented at 1:1 scale, which returns an immediate comparison with OC3-Hywind full-scale structure.

Even though the experimental RAOs obtained match well with the numerical predictions, and allow to calibrate the numerical model, the limited frequency range of the natural sea states recorded at the test site resulted in the impossibility of identifying the dynamics of the model over the complete frequency range. Due to this limitation, experimental RAOs estimation and numerical model calibration could be performed only for heave, roll and pitch degrees of freedom of the model.

All in all, the results show that the new approach may overcome some limitations of the traditional small-scale activities, namely high costs and small scale, and allows to enhance the fidelity of the experimental data currently available in literature for spar floating supports for offshore wind turbines.