Charge density wave (CDW) is a many-body state of matter in which both lattice and electron density are modulated by a new periodicity. CDW features discrete translational symmetry-breaking, and mostly occurs in low-dimensional materials. Although CDW behaviours have been found in many materials, the underlying mechanism and the driving forces of CDW transition are still unclear. In particular, the origin of CDW in two-dimensional materials, especially in layered transition metal dicalchogenides (TMDs), may be distinct from that in one-dimensional materials. 1

The origin of CDW is still controversial and under debate. Nevertheless, the concept itself originates from R. Peierls’ prediction of the instability in the electronic ground state of an ideal one-dimensional metallic chain, i.e., a chain of atoms with free electrons. The Peierls instability is a periodic distortion. A system of this type has a lower energy if there is a periodic lattice distortion giving alternate longer and shorter bonds.

Unlike 3-D materials, in which the composition and structure (including crystal structure and microstructures) govern the physical and chemical properties, dimensionality plays a key role by adding another layer of control to the material properties in 2-D systems. Among numerous 2-D materials, layered TMDs have been extensively studied as they exhibit various intriguing properties such as superconductivity and the charge density wave.

The composition of TMDs can be denoted as MX2, where M denotes transition metal elements and X is chalcogene atoms. The M and X elements typically form atomic layers that are separated by the van der Waals gap. So even in the bulk form (rather than monolayer or multilayer), TMDs can be treated as quasi 2-D materials as their electrical and thermal transport are largely confined in the atomic layers separated by a van der Waals gap. 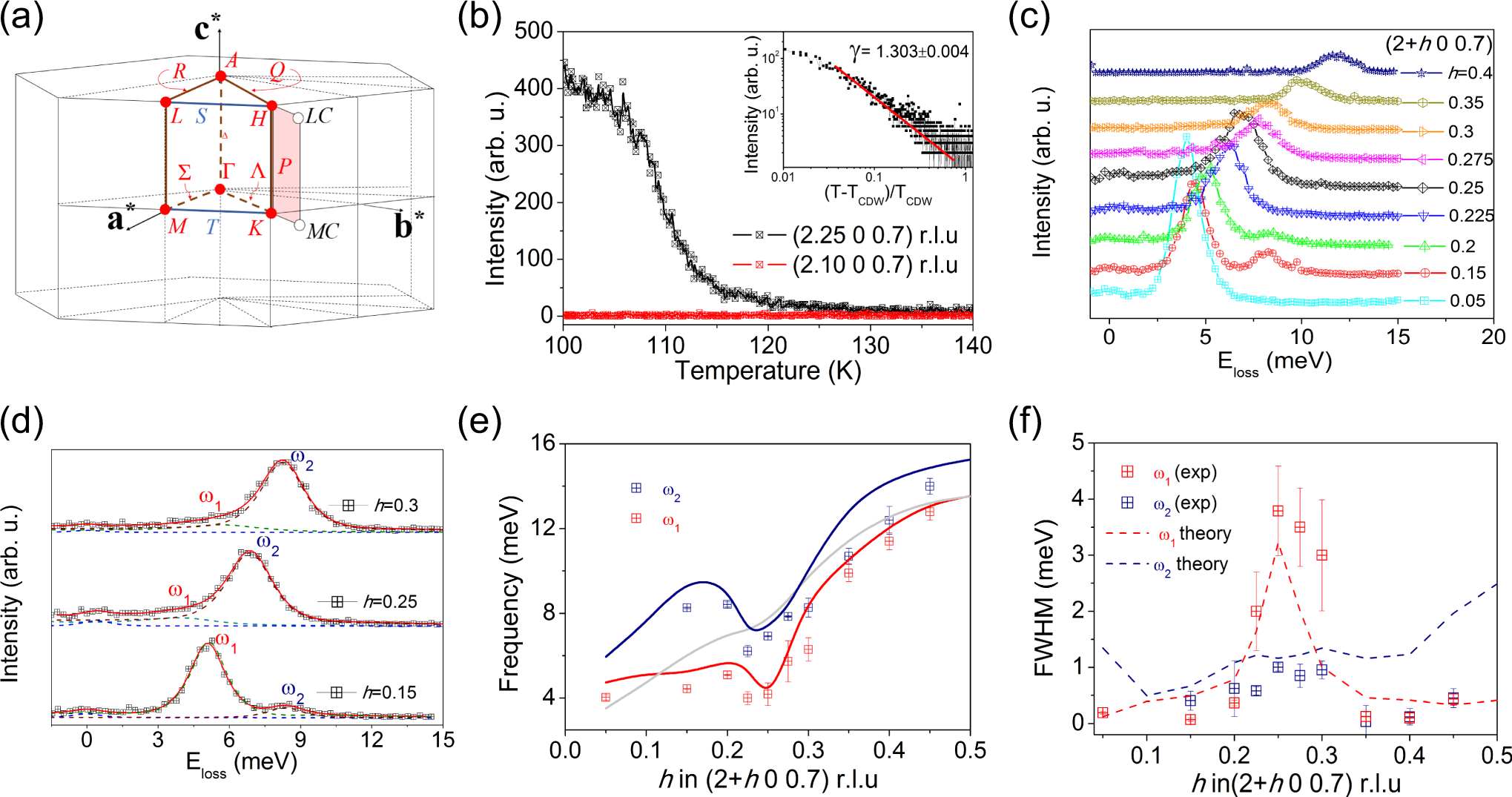 Similar to other TMDs, VSe2 adopts a layered quasi 2-D structure. In contrast to the strong covalent bonding within each VSe2 layer is the weak van der Waals coupling between planes, which well explains the anisotropy in physical properties and also makes ionic or molecular intercalations in the van der Waals gap feasible.

VSe2 belongs to the series of layered TMDs that develops a 3D-CDW as a function of temperature. However, unlike the isostructural TiSe2 , VSe2 develops a more complex temperature dependence. The sizable difference between VSe2 and its counterparts can be attributed to the occurrence of large fluctuation effects that lower the mean-field transition temperature or to the out-of-plane coupling between neighbouring VSe2 layers assisted by the weak short-range van der Waals interactions.

The theoretical approach based on ab initio calculations is also limited for all these TMDs undergoing CDW transitions due to the breakdown of the standard harmonic approximation for phonons, which cannot explain the stability of the high-temperature undistorted phases. This hinders the study of both the origin and the melting of the electronically modulated state, complicating the comprehensive understanding of the CDW formation.

For these reasons, among TMDs, the origin of the CDW in VSe2 remains highly debated. Now, a team of researchers, by means of inelastic x-ray scattering and first-principles calculations, shows 2 that the CDW transition is driven by the collapse at 110 K of an acoustic mode. The researchers found that the softening starts below 225 K and expands over a wide region of the Brillouin zone, identifying the electron-phonon interaction as the driving force of the CDW.

This conclusion is supported by calculations that determine a large momentum-dependence of the electron-phonon matrix-elements that peak at the CDW wave vector. The first-principles anharmonic calculations reproduce the temperature dependence of the soft mode when considering the out-of-plane van der Waals interactions, which reveal crucial for the melting of the CDW phase. Interestingly, the critical role of out-of-plane coupling of layers has also been highlighted in the development of the 3D CDW in high temperature cuprate superconductors.

The role of clouds in Greenland’s melting July 2012