The common understanding of the uncertainty relation says that it is impossible to measure both the position and the momentum of a subatomic particle, in the same instant to unlimited accuracy. The more accurate is the measurement of the momentum, the less accurate is the measurement of the position in that instant, and vice versa.

Momentum is certainly related to time through velocity, but introducing time in the quantum realm turns everything a little bit blurry. The time-energy uncertainty relation is a fundamental result in quantum physics relating characteristic times to the inverse of energy fluctuations, Still, as Busch puts it 1, different types of time energy uncertainty relation can indeed be deduced in specific contexts, but that there is no unique universal relation that could stand on equal footing with the position-momentum uncertainty relation.

Quantifying the distance between the initial and time-evolving quantum states requires estimating state overlaps, which is challenging, if not unfeasible, for many-particle systems with continuous variables. 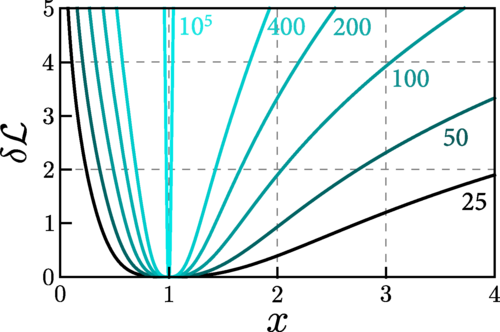 The proposal relies on measuring the size of the atomic cloud in a given process, such an expansion or compression driven by a modulation of the trap frequency. The scaling factor can be determined by imaging the cloud size via different methods. From it, the distance traveled by the quantum state of the system in Hilbert space (Bures angle) during the evolution can be determined.

This approach circumvents the need for reconstructing a quantum state using measurements of the many-body quantum states of a continuous variable system. These results pave the way to the experimental study of the time-energy uncertainty relation and quantum speed limits in many-body quantum systems and their relation to the orthogonality catastrophe.

Universal speed limits in thermodynamics away from equilibrium

The limits of high speed rail