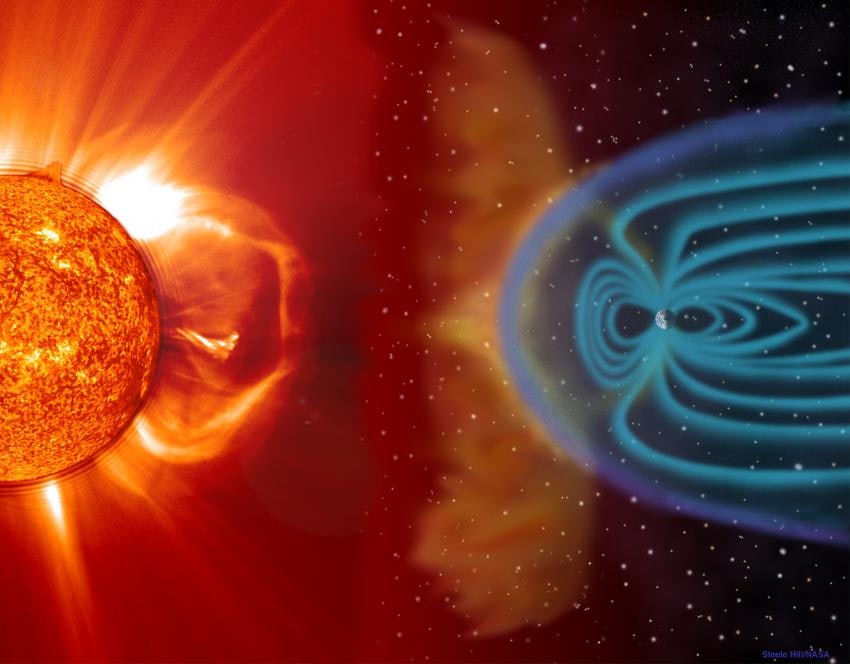 NASA has released the latest images captured by the Hubble Space Telescope since mission scientists repaired a major computer glitch that hobbled the spacecraft on June 13. The images, which haven’t been colourized, show the merger of a pair of galaxies and an unusual spiral galaxy with three arms.

Magnet is an atom thick and can handle room temperature

A 2D magnet as thick as a single atom that can operate at room temperature or higher has been developed. The magnetic film is made of zinc, graphene oxide and cobalt that when combined created a zinc-oxide sheet dusted with cobalt atoms, and due to its ability to withstand higher temperatures, the magnetic film may be a genuine breakthrough towards a new generation of data storage devices.

The fossil of a minuscule reptile that dates back about 310 million years is helping researchers better understand the early years of microsaurs during the Carboniferous period. Jormungandr bolti, named for a mythological giant snake, was likely a little digger with a thin body about 5 centimeters long, short limbs, a stubby rounded tail and scales.

Previously unknown viruses have been found in ice from a glacier in Tibet that dates back 15,000 years. Researchers say they’ve found the genetic signatures of 33 viruses, 29 that have never been seen before, with the ability to survive in harsh environments and some may be beneficial, helping bacteria weather extreme conditions.

What may happen after the sun dies

New life may spring up in the wake of the sun’s death on the planets that survive. Researchers say the sun may use nearby stars for fuel when its hydrogen stores run out before it becomes a white dwarf, but for those planets that survive, the white-dwarf phase may make conditions there suitable for life to begin.