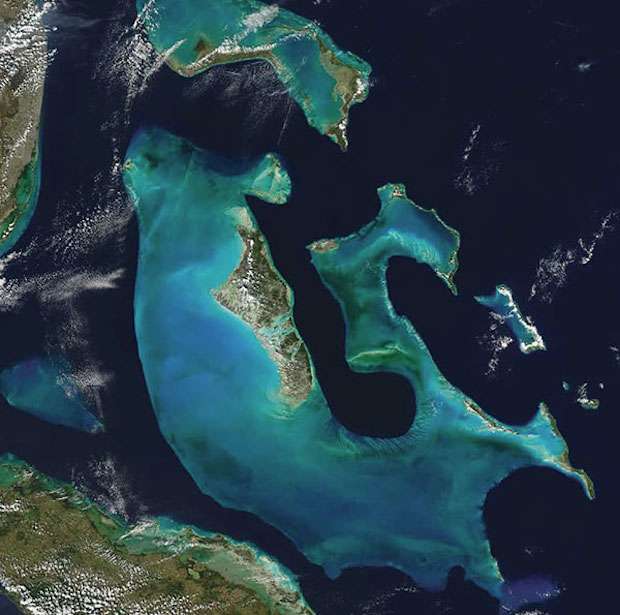 Mineral-rich dust carried by wind from the Sahara Desert to the Bahamas may be providing sustenance to the islands’ bacteria, according to a study. Scientists tracked the iron and manganese in the dust to the Great Bahama Bank over a three-year period. The study suggests that cyanobacteria feeding on the iron in the dust helped build the Great Bahama Bank over the past 100 million years.

The mass of the Milky Way is actually around half that of the nearby Andromeda galaxy, which was generally thought to be our galaxy’s twin, according to a computer simulation. The difference is possibly due to the Milky Way having about half the dark matter of Andromeda, which scientists weigh through its gravitational effects.

Rocks containing Earth fossils may be on the moon

Earth rocks containing tiny fossils may be waiting to be discovered on the moon. Physicists simulated what would happen if a fossil-laden Earth rock hit the moon at high speeds, and found that some material could survive, providing a wealth of information not available from fossils found on Earth.

New research is calling into question the viability of using microRNAs to build evolutionary trees. Scientists reran tests of evolutionary trees, learning that a large number of microRNAs had been lost over time. “The way microRNAs were being analyzed probably didn’t reflect the way they evolve”.