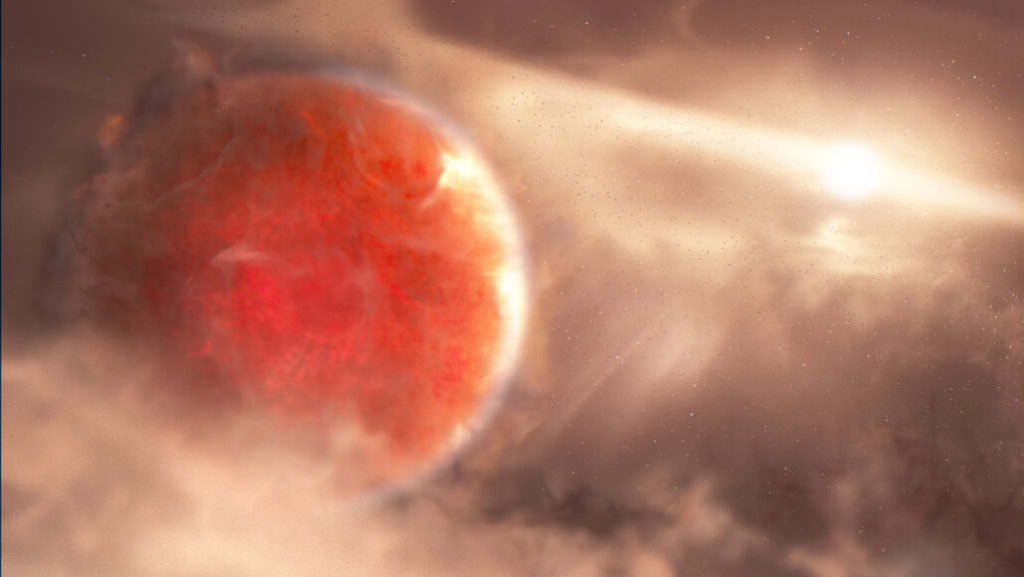 A protoplanet with a mass many times larger than Jupiter’s likely formed as the result of a massive implosion, pulling together gas and dust. Based on the planet’s size and distance from the nearest star, astronomers found that planet AB Aur b didn’t form as they originally thought, but rather it must have formed via “disk instability,” where planet-sized fragments collapse in on themselves and combine to become a new protoplanet.

Storms and hurricanes dropped more water in 2020 than in previous years, largely because of human-induced climate change. “Our findings indicate that environmental changes caused by humans are signaling more and quicker rainfall, which have direct consequences for coastal communities and sometimes outlying areas,” study author Kevin Reed said.

A study found that being able to speak another language might help delay dementia for up to seven years. Experts believe speaking a foreign language provides enough mental stimulation to keep the brain healthy and stave off cognitive decline.

The rare discovery of several fossilized egg clutches and shell fragments spread across multiple layers of sediment is the first proof paleontologists have that titanosaurs remained in one area year-round, to nest and live. The site, now a Brazilian limestone mine, is the northern most nesting spot every identified for titanosaurs, and confirms the colossal creatures did not migrate south to lay eggs as previously thought.

An analysis of more than 50 years of data from 675 forests around the world confirms that “global forest mortality is linked to intensified climate extremes,” according to lead researcher William Hammond, whose work was published in Nature Communications. Hammond noted that an annual rise in global temperature of just 4 degrees Celsius could cause “lethal climate conditions” to occur 140% more frequently.