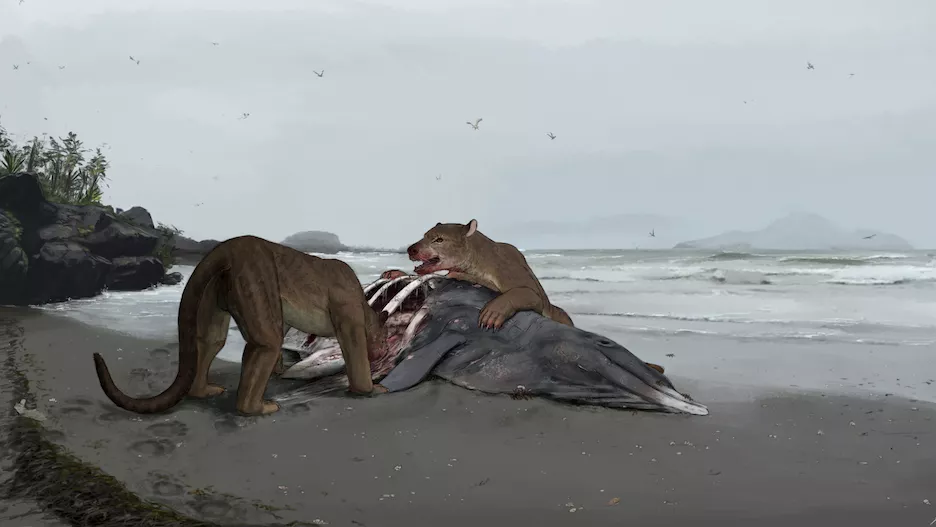 The discovery of a near-complete jawbone of a newly identified species of “bear dog” indicates the ancient beasts were powerful predators with a global presence when they roamed the earth up to 23 million years ago. The flat-footed, long-snouted bear dogs ranged in size from 9 to 320 kilograms.

According to new data, by using synthetic DNA technology to create artificial Hox genes, researchers have unlocked the mystery to how these planning genes help cells learn their specific function throughout the body. “I don’t think we can understand development or disease without understanding Hox genes,” said New York University’s Esteban Mazzoni, co-senior author of the study.

Panda’s thumbs evolved to suit life on all fours

Pandas’ ancestors have been adapting and making use of pseudothumbs for millions of years. Researchers believe the size of the bony paw protrusions, which the bears use to grip bamboo, is limited by to the bears’ need travel on all fours, with lead researcher Xiaoming Wang to call the modern panda thumb the result of “an evolutionary balancing act.”

Moonlet could be casualty of asteroid collision testing

Contrary to previous simulations, a new analysis of NASA’s Double Asteroid Redirection Test suggests a test spacecraft will cause significant damage to near-Earth asteroid Didymos and its moonlet Dimorphos when it slams into the moonlet’s surface at 23,760 kph. This was part of an anti-collision system test run in September.