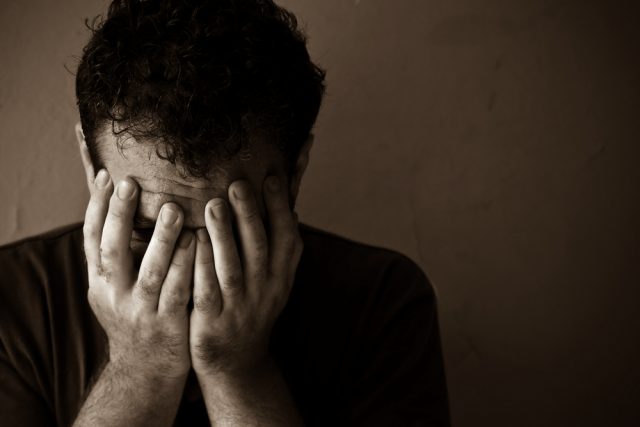 In this last article of the series about free will, I am going to defend what we can call ‘the regret hypotheses’, which basically asserts that the feeling of regret is the basic, and best, explanation of why we think we are free, in the sense (as we saw in the first article of the series) of having ‘ultimate control over the choice between more than one physically possible course of action’. Let’s remember first of all the two main conclusions of the past entries:

First, there is no serious way in which we can think that our scientific knowledge of the world (not even quantum physics) supports the possible existence of something being really ‘free’ in the sense just explained.

Second, experimental tests show rather clearly that the conscious experience of deciding ‘in a free way’ cannot be the real cause of deciding, for that experience happens after the decision has been taken (and, furthermore, it can also be manipulated in order to create psychological illusions).

I think this is enough to argue that, instead of trying to explain whether our decisions are ‘free’, or how can freedom be compatible with natural laws (it can’t), the main effort to be done in a ‘scientific study of free will’ is to explain why it seems to us that we are ‘free’. After all, science only needs to explain something when we know is true (we don’t use astronomical laws to explain why the planet’s orbits are square, for example). We know for certain that we have some experiences that appear to us as ‘free decisions’, but we don’t have the least shred of evidence of the presumed fact that we are really free. So, let’s try to divert the research efforts towards the simpler goal of getting an explanation of why we have those experiences, rather than to the ghostly target of explaining ‘why we are free’.

My hypotheses is that everything has (mostly) to do with regret, the negative feeling we experience towards ourselves when the outcome of our voluntary actions is far from what we expected and wanted. More than asking why we feel some regret at all, we can also formulate as a legitimate question why the feeling of regret (or remorse, when it is mixed with moral feelings), is sometimes so torturing. An analogous question can be put about another familiar feeling: pain. Why are some pains so painful? The good old fashion theory of natural selection inspires an almost spontaneous answer to the last question: animals that, in comparison to their cousins lacking certain mutations, felt more intense pain as the neurological response to certain physical damages, escaped more often from the situations that were causing those damages, and hence survived and reproduced more frequently. Of course, there can be a limit to this argument: pain can at times be too intense to be adaptively useful, or its intensity can sometimes be a by-product of other adaptive properties of the neural system. But in general, we can assume as a reasonable hypotheses that the biological reason why pain is so painful is that feeling pain strongly was more adaptive than feeling it more softly.

It is equally reasonable to assume that those of our ancestors who experienced more intensely the feeling of regret, in comparison with some of its cousins, were on average more cautious in their processes of decision making, i.e., they concentrated more, or better, in the elements of those processes of which they could have a conscious experience. That the feeling of regret depends on having the capacity of self-controlling cognitive processes of decision-making has been nicely shown in some recent experiments. For example, Nathalie Camille et al. (2004) show that patients with orbitofrontal lesions (that blocked the normal connections between the cognitive and emotional aspects of decision making) were unable of feeling regret even if they had no problem in experiencing disappointment, and as a consequence of that, were severely impaired to rationally respond to games demanding counterfactual reasoning. As the authors assert: “the absence of regret in orbitofrontal patients suggests that these patients fail to grasp this concept of liability for one’s own decision that colors the emotion experienced by normal subjects.”1

The function of the regret emotion is, hence, to help us control the process of making voluntary decisions, i.e., of properly connecting the necessary neural systems involved in those processes and the relevant information (e.g., memories, preferences, rules…) contained in them. That the working of these systems is intrinsically deterministic or indeterministic is absolutely irrelevant for the regret emotion performing their role, as it is the deterministic or indeterministic working of the parts of the neuronal system related to pain in order to pain being biologically useful. I insist in the fact that regret is associated to the processes of voluntary choice and decision; defenders of the free will hypothesis usually assert that, if there is no free will (in the sense of ultimate control over physically possible, alternative options), then there is no real ‘choice’, but this is false: what makes of voluntary choice a type of biological process different from other types of actions (reflexes, instinctive behaviours, intestinal movements, etc.) is not whether ‘possibilism’ or ‘ultimate control’ are true or false, but certain empirically testable aspects of the working of the neural system and the whole organism, e.g., the use of specific neural routes in the case of voluntary choices, and of other routes in involuntary behaviours. The intense feeling that ‘we are in control’ of our decision is enhanced by the strong emotional response we automatically attach to the results of voluntary actions, as opposed to involuntary ones, and is also what makes us think that ‘we’ (or something like ‘the self’) are the ‘ultimate’ responsible ones of the way our behaviour turns out to be.

I want to discuss, to end this series, one of the most novel defences of the free will hypothesis, by the famous philosopher John Searle2. According to him, the ‘jump’ that goes from our reasons to act, to our decision of acting (and to our act itself), is a ‘gap’ that cannot be causally explained, for it is of a different nature from the causal connection that happens between natural facts; in particular our reasons to act are usually not sufficient reasons (e.g., it is possible that someone with the same reasons behave in a different way); Searle refers to this distance between reasons and actions as ‘the gap’. Also, according to Searle, the ‘self’, an entity not whole describable in the non-intentional language of natural sciences, cannot be eliminated from our understanding of decisions qua decisions. The self and the ‘gap’ would, hence, irreducible to natural science, particularly to deterministic theories, and this could be a slit from where free will might sneak into the world.

I doubt, however, that Searle’s argument has much support. There is a simpler explanation of the ‘gap’: it is not ‘our reasons’ to act what constitute ‘the’ cause of our behaviour; this behaviour originates out of an incredibly complex net of causal links, some of them consisting in certain previous brain states of our own, and ‘our reasons’, understood as our conscious state of having certain thoughts, are just a simplified (and probably distorted, at least in many cases) representation of a part of the brain states that end causing our behaviour. Many of the causes of our voluntary movements (say) are simply unconscious, but that does not entail that those movements lack ‘sufficient causes’ in the natural world; they only lack sufficient causes within the set of causes we are aware of. The ‘self’, on the other hand, can be seen just as a useful strategy our brain has to construct and interpret those simplified representations, and hence is more a part of our representation of our actions, than an entity with ‘ultimate control’ of the actions themselves. But my criticism of the notion of ‘self’ and ‘consciousness’ as something not belonging to the realm of nature and natural laws will be the topic of future articles.

Je ne regrette rien (3): The chimera of a quantum ‘solution’ to the problem of free will

The necessary connection between electric and magnetic fields