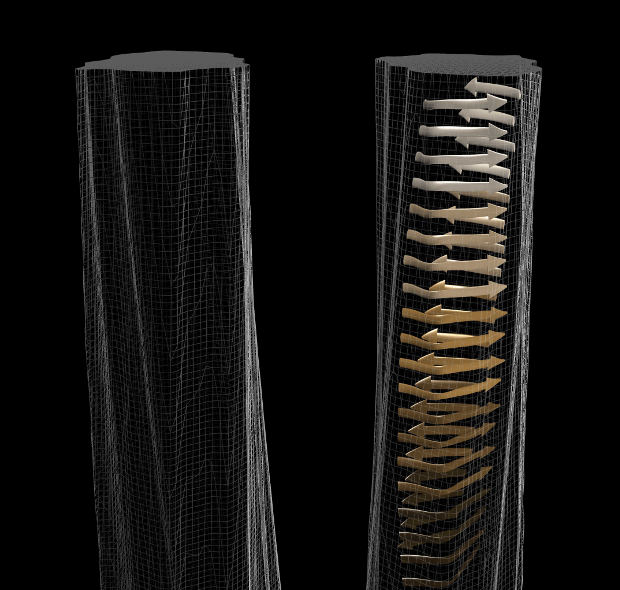 Scientists have glimpsed the shape of an infectious mammalian prion, according to findings published in PLOS Pathogens. The prion, which can cause variant Creutzfeldt-Jakob disease in humans as well as mad cow disease, is shaped like a mattress spring.

Astronomers study nearby star cluster for clues about our own galaxy

A nearby star cluster is providing astronomers with clues about the youth of our own galaxy, just as it was forming from large gas clouds. “Terzan 5 could represent an intriguing link between the local and the distant universe — a surviving witness of the galactic bulge assembly process,” said lead study author Francesco Ferraro.

Genetic tests reveal there are 4 species of giraffe

Proteins in hair could be used to ID individuals

A new test that examines genetic mutations in human-hair proteins may identify or exclude people involved in crimes much the same way DNA is used forensically today. The technique, in the early stages of development, has been tested on 76 people and six sets of remains dating back to the 1750s, and the combination of protein markers in each was found to be unique.

A material similar to gel that can perform a computational task has been designed by scientists using theoretical and computational modeling and paves the way for wearable computers.