This is the English version of a section in Ferreira (2014) 1, a paper dedicated to overview the experiments in Industrial Organization that appeared in Revista de Economía Industrial, and is reproduced here with the permission of the journal. 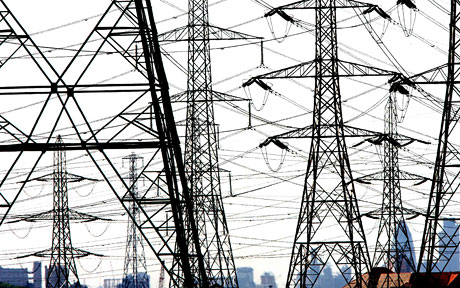 Until a couple of decades ago many of the so called natural monopolies were regulated through a license, an estimation of its costs and a political price that allows normal profits over these costs. This was the case (and still is in many cases) in the sectors of telecommunications, electricity, and air transportation, to name three commonly known examples. Economists, however, alerted against the problems of this type of regulation, because it does not provide the adequate incentives to adopt new technologies or to provide a good service. One of the first explicit references on this question in the electricity market is Joskow and Schmalensee (1983) 2. It is true that returns to scale have the consequence that it is technically more efficient that some of those activities be conducted by just one firm. But it is no less true that the benefits of introducing competition may more than compensate for some duplicities on investments in infrastructure and network construction. Because of the insistence from economist or because new technologies made the change easier, the case is that free entry and competition in those sectors have served to make the transition to an oligopolistic structure. It is not perfect competition, but it is better than a monopoly.

Starapoli and Jullien (2006) 3 summarize the use of laboratory experimentation to help designing efficient mechanisms in the electricity sector, and find that there are two main problems at the time to implement more competition. The first one is about the transition to the new market architecture. Before the deregulation, the sector is typically dominated by firms that divide the market by regions and that operate as regulated monopolists in each of them, and by an operator that coordinates production and transport decisions according to some algorithms given by the regulatory mechanism. Liberalization must change this system into a decentralized one with competing firms, where the system operator bases its decisions with a market oriented logic. The second problem has to do with the design of the mechanism that matches supply and demand, as it must take into consideration many technical details. Without previous experiences and, therefore, without empirical data, experimental economics provided a way to test theories, evaluate proposals, and suggest new ones.

Probably the first case of collaboration between experimentalists and regulatory authorities occurred in 1984, when the Arizona Corporation Commission (ACC) commissioned a study on electricity deregulation to the experimentalist team of Vernon Smith. Rassenti and Smith (1986) 4 describe how theses studies were guided by two main questions: (i) is deregulation feasible? and (ii) how do the results change if demand becomes more active? After conducting several experiments, the authors concluded with several recommendations: separate the activities of production, retailing, and transport; use double auctions, and emphasize decentralization. The ACC took these recommendations with many reservations, perhaps because the prevailing engineering view of the sector could not easily appreciate the market perspective. The most important contribution of this first work is probably the focus on an active role by the demand side of the market in a sector oriented to the supply side that considered the demand as given and that concentrated in the technical restrictions. The reason for this focus is similar to the one observed in monopoly experiments. In fact, Rassenti et al. (2002) 5 show how an active demand may neutralize market power on the hands of the firms. This same result has been obtained by other teams of researchers.

One of the idiosyncrasies of the electricity sector is the design of the network, with possible restrictions between nodes. For instance, when there is a capacity restriction in one line that connects two retailers, producers can increase the price so that the network managers cannot appropriate the surplus and thus lack the incentives to invest in a higher capacity. Backerman et al. (2000) 6 conduct an experiment with four distribution companies in a central node and three generators on one side of the node and four on the other side, all connected to the central node by one line in each side. When the researchers reduced the capacity in one of the lines they found an experimental verification of the hypothesis. They also found that when the uniform double auction mechanism was introduced, the efficiency of the system increased, thus emphasizing the importance of an active demand.

There are more components to market power in the electricity sector other than market concentration. Due to the capacity restrictions in some lines, some firms may purposely induce congestion problems in some locations if they know that, with a high probability, the regulatory authorities will call them to solve those problems by increasing production in other parts of the network, something that will allow firms to set higher prices. Zimmerman et al. (1999) 7design an experimental platform, PowerWeb, to simulate these situations and indeed find this strategic behavior. From this point, they study how to detect nodes that are prone to this problem and how to solve it when the number and capacity of the generators in these nodes increase.

The problems to design an auction for the matching mechanism start when one cannot extend the known properties of single item auctions to auctions with multiple items. The technical restrictions of the electricity sector and its dynamic optimization processes require that auctions must be of the second kind, with pack offers to produce at different times. The properties of these auctions are not well known, and experimental analysis may help. In particular, there are two main questions that require attention. The first one deals with the difference between closed-envelope auctions (each bidder submits just one bid) and auctions with continuous bids (bidders can increase their offers as the auction progresses). The second question is related to the price that must be set according to the quantities revealed by supply and demand, and must compare homogenous price auctions (all transactions are conducted at the same price) with differentiated price auctions (where transactions are closed at different prices). The works by Bernard et al. (1998) 8, Denton et al. (2001) 9, Han and Van Boening (1990) 10, and Olson et al. (2003) 11 show that, in general, closed-envelope auctions are more efficient that auctions with continuous bids, and that homogenous-price auctions perform better than the auctions with differentiated prices. The reason seems to be that the price volatility benefits more the supply side, and that this limits the discipline that the active demand may impose in the market.