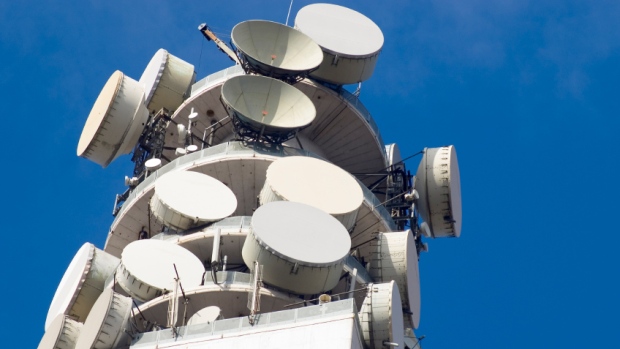 This is the English version of a section in Ferreira (2014) 1, a paper dedicated to overview the experiments in Industrial Organization, to appear in Revista de Economía Industrial, and is reproduced here with the permission of the journal.

In 1994, the American FCC (Federal Communications Commission) decided to conduct an auction to allocate the electromagnetic spectrum among telecommunication firms. Before that licenses and lotteries were common ways to that end, despite the advise coming from Economics that auctions would be a much better way. Coase (1959) 2 is perhaps the first documented article supporting this idea. Economics was vindicated when 20,000 million dollars were collected using the auction mechanism. Posterior analysis of the auctions confirmed their efficiency: similar licenses reached similar bids, and firms kept their licenses instead of selling them, showing that they still valued their buy.

Oftentimes this case is presented as a success of Economic Theory. No doubt it is so, but in the same way that Physics is behind the successful development of Formula 1 racing cars. With the laws of Physics alone it would be impossible to design one, the laws are needed, but so are the experimentation, the wind tunnel and lots of trial and error on the race track. The same can be said of the FCC’s auctions.

There have been other attempts to use auctions in the telecommunications sector. In the early 1990s, New Zealand adopted a second price auction without reservation price with poor results. Australia used a first-price, closed-enveloped auction to allocate satellite TV licenses, not without problems, as some firms defaulted and decided not to pay their bids, and action that did not carry any consequences for them, as the auction did not require a deposit. In 2000 the Swiss Government used an ascendant-price auction whose rules allowed the four largest firms to expel the others and share the market. When the Government realized this, it tried to stop the auction, but it was too late. (The reader can find more details in Alexandrova y Northcott, 2009 3).

Why some auctions are successful while some others are not? As in the Formula 1 case, the answer is in the design and in the previous experimentation. Reading the academic economists that where advisors to the FCC is very illustrative. On the one hand, McAffe and McMillan (1996) 4 offer the perspective of the theorist, and, on the other, Plott (1997) 5 offers the experimentalist view. McAffe and McMillan tell us how the auction theory was the starting point for the final design. In particular, the simultaneous ascending price auction over license packages that was used in the final design is the best suited given the market characteristics. In this auction, firms submit their bids simultaneously, then the bids are revealed publicly and then firms are allowed to make new bids. The auction ends when there are no more bids. The decision to make bids for packages of licenses was due to complementarity reasons, manly geographical, that allowed firms to know if they could buy the whole package, and not being left with a license for which they have no use because they did not get others that complement it. The ascending part was chosen because the complementarities are idiosyncratic to each firm, so that the ascending auction should permit the appropriate aggregation of licenses.

However, neither the auction type nor their many details (more than 130 pages of rules) can be attributed to theorems. For instance, the choice of an open auction instead of a closed envelope one was due to the expert opinion over which one of the theoretical scenarios was more relevant. On the one hand the open auction reduces the winner’s curse (if others did not bid more maybe the object was not worth what I paid), whereas the closed envelope auction reduces the collusion opportunities of the bidders, as they cannot monitor each other.

A brief description of the auction shows the level of the details. First firms must select the preferred group of licenses, and then a three steps auction follows. During the first step a firm is allowed to bid actively in just one third of its preferred licenses, in the second and third steps it must be active in two thirds and 100% of preferred licenses, respectively. Other rules mandate the minimum increase in each bid, the time of the bidding rounds, penalties for early retirement, etc. Theory alone cannot possibly foresee the properties of an auction when all these details are included, and calls for experimentation and simulations.

One of the most important goals in an auction is to achieve an efficient allocation: licenses (or packages of them) must end in the firms that value them the most. Because of the complementarities, an efficient mechanism must assign licenses one by one or in a package, depending of the case. One thing that may happen is that, for a given firm, a package of licenses is worth more than the sum of the values of the individual licenses when they are hold one at a time. The opposite may also happen. Efficiency, then, requires that allocations coincide with valuations. Plott (1997) explains how different experiments were designed to tell which auction types were more efficient among the ones selected by theoretical considerations. The simultaneous auction proved to be superior.

The experiments also found some unsuspected aspects in the auctions. For instance, participants tended to continue, instead of abandoning the bidding, with the purpose of pushing the price up and make competitors pay more. This behavior is risky, as firms may find left with an unwanted license if the competitors’ willingness to pay is overestimated. Furthermore, because there are many participants, the strategy does not pay, as one can rely on the others to push the price up. Also, the tendency not to abandon the auction in the cases where one should do it was higher when it was known that competitors continued compared to the cases when this information was not public. We do not seem to have any theoretical explanation for these bubbles.

Some other experiments were useful to test the software to be used in the actual auction. First, the experimental subjects (Caltech students) pretended being firms, with their own valuations, in a simulation. Then, the same students participated again in a second simulation with the only goal of finding ways to manipulate the auction. Finally, the experimental data were used in a parallel program to conduct all the calculations that the FCC would do and test its accuracy.

In the experiments all parameters were considered, like the valuations of licenses alone and in packages. One can know if the auction achieves a high degree of efficiency, comparing the final allocation of licenses with the valuation of the firms who acquired them. In the real market these valuations are private, but still some simulations could be conducted. Before each actual auction, several lab sessions were done, with the best available data and estimations of the real firms’ valuations. This way it was possible to compare the observed behavior in the lab and the actual behavior in the real auction. The similarities made a case for the statement that if the lab data implied an efficient allocation in the simulated market, then the data in the real auction would also imply the efficient allocation of the actual licenses.

The Cournot model of oligopoly. A success story