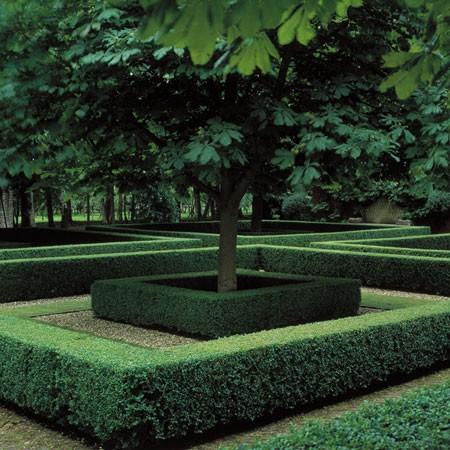 One traditional question in the philosophy of science, or perhaps it would be better to say in the philosophical views about science, is the role that aesthetic judgments and emotions play in the evaluation of theories, models, hypotheses, or experiments. We can classify the main positions about this question in roughly three groups.

In the first place, there are philosophers and scientists that insist in the claim that the pursuit of beauty is an important, even an essential ingredient in the process of scientific research. One famous quotation from the mathematician-physicist Hermann Weyl nicely summarises this view: “My work always tries to unite the true with the beautiful; but when I had to choose one or the other, I usually chose the beautiful”. I suggest referring to these authors as ‘the Platonists’, for Plato himself identified the Being and the Beautiful (as well as the Good and the True) as the unique fundamental Form of everything, and this view is usually associated to the idea that the ultimate explanation of the universe must possess beauty, or something like a kind of metaphysical compatibility with our reason’s capacity of understanding. One philosopher of science that has recently defended a similar position is Thomas Nagel 1.

In the second place, there are those that simply deny that scientific research has anything intrinsic to do with beauty. The experience of beauty can be something that fortunately accompanies some events in the life of some scientists, but it is just a coincidence that some empirically successful theories trigger something like a sense of beauty. Aesthetic experiences are, after all, merely subjective psychological states, and ‘should not’ have anything to do with the question whether a scientific theory is right or wrong, approximately true or utterly false. A good representative of this position would be the physicist Richard Feynman, who also famously wrote that “it doesn’t matter how beautiful your theory is, it doesn’t matter how smart you are: if it doesn’t agree with experiment, it’s wrong”. I shall call ‘Sceptics’ the defenders of this position, which is indeed the most common within the philosophers of science, and I would venture to say within most practicing scientists outside the most abstruse fields of quantum physics and higher mathematics.

Lastly, in the third place we find a fistful of authors that try to argue that judgements of beauty play some significant role at some point in the process of scientific research, not merely in providing an additional source of enjoyment to scientists’ already overcomfortable life (sigh), but as a useful criterion in the pursuit of merely epistemic cognitive goals like truth, empirical success, and the like. This is a much heterogeneous position, because there are different views about what are the relevant places for aesthetic judgments to be relevant in epistemic matters, and also because the claims about the relative importance of those judgments are also very different. As a tribute to a well known tribe of fictional beings, I shall call these heterogeneous group ‘the Halflings’, and I will devote the next entries to present and briefly discuss some of their ideas, which are probably the most interesting ones about the connection of truth and beauty in science.

However, before entering into the exposition of those views, I have to confess my own sympathy for the second of the three mentioned approaches, the skeptic one (not too surprised?). It is not that I completely deny that aesthetic experiences can have some epistemically relevant momentum in science, but my impression is that beauty is important mainly for other, non-epistemic reasons. Perhaps the main argument I have for doubting the Platonic view is the following: those mathematicians and physicists that praise the beauty of theories, hypotheses, principles, proofs, etc., as one key element of their research processes, tend to say that beauty is an abstract, intellectual property that those things may or may not have, one property as abstract and intellectual (in the sense of ‘graspable by our intellect’) as the other properties mathematical entities may have. But the fact is that there is nothing like a mathematical or logical theory of beauty (I mean ‘theory’ in the sense of ‘number theory’ or ‘set theory’, not in the sense of empirical theories like electromagnetism, continental drift, or the like). If beauty were indeed something our reason could ‘grasp’, and not a merely subjective sentiment or feeling, why is it still so disputed whether something is beautiful or not, or how much, or what are the relations between beauty and other properties or relations? About truth, at least, we have serious logico-mathematical theories, like that of Tarski, that help us to see what is what we mean by telling that a proposition is true or false. But nothing similar exists in the case of beauty. In particular, if beauty were an intellectual “guide” to truth, shouldn’t it be reasonable to have something like mathematical, indisputable theorems showing in what sense and by what means prettier axioms and nicer demonstrations are better ways of reaching true propositions in mathematics or in physics? It seems that, in spite of Plato’s assertions, there still is a wide gap between the expressible, publicly traceable steps of mathematical arguments or proofs, on the one hand, and the ineffable, hardly interpersonally communicable sense of beauty that accompanies some scientific items, on the other, so wide a gap that it seems reasonable to be a little sceptical about the claims according to which what there is at one side of the abyss is, at some deep level, ‘identical’ to what there is at the other side.

A similar argument has been presented by the Dutch philosopher Henk de Regt2. According to him, when Platonists are pressed to identify what are exactly those properties of a theory or a proof that make it ‘beautiful’, or that contribute to its beauty, one hardly gets a consistent list. ‘Symmetry’ and ‘simplicity’ seem to be the only two concepts that uniformly occur in those lists of properties, but it is clear that an empirically correct theory about the world cannot be ‘just’ symmetric and simple: nothing would be more simple than a geometrical point, or than a perfect sphere, but nature is not that simple or symmetric. One of the first known philosophers, Parmenides of Elea (VI-V century B.C.E.), had already concluded on the basis of that kind of aesthetically driven arguments (or their proto-historic versions) that the Being must be a perfectly homogeneous and immobile sphere, but it seems clear that the world is not that way, in spite of Parmenides’ immobilism having prompted tons of philosophical discussion during the past two-and-a-half millennia.

Lastly, it is not clear that the very idea and criteria of beauty that scientists (particularly mathematicians and physicists) entertain are really the same as in the arts. There is without doubt some connection between what a physicist identifies as ‘beauty’ in a mathematical theory, and what an artist, an art critic, or a common spectator refers to when using the same word, but the differences are also so wide and profound that I feel the temptation to say that what they have in common is just some kind of ‘family resemblance’, something irreducible to a clearly definable intellectual concept. By way of example, in a recent debate between the theoretical physicist Nima Arkani-Hamed and the novelist Ian McEwan, reported by science writer Philip Ball3, the novelist responded to the scientist’s speech that “we’re not even on the same page; this beauty of yours means nothing to me”. Or perhaps it is that the beauty some scientists claim being after is just too old fashioned from contemporary art’s point of view.