Besides being one of the main pioneers of scientific thought, Aristotle is the author of the work that can unquestionably be considered the first book explicitly and exclusively devoted to what we can call ‘philosophy of science’. This small book is known by the rather insipid name of Posterior Analytics (Ἀναλυτικὰ ὑστέρων), though, as in many other cases of Aristotle’s works, it is not clear whether that was the name he gave to the work himself (what is not utterly unlikely), or just the way it was denominated by his works’ Ancient editors. ‘Posterior’ refers, of course, to the existence of a different work called Prior Analytics (Ἀναλυτικῶν προτέρων), in which he created none other than a whole intellectual discipline, that of Logic. Together with a few other treatises, the Analytics constituted what later scholars, most essentially in the Middle Ages, knew as the Organon (or “instrument”), and which established for nearly a millennium the ‘rational way of thinking’. In a nutshell, the Organon includes an enquiry about the ‘elements’ of thought: concepts (in the Categories), propositions (in De interpretatione), and arguments (all the other books: besides the Analytics, or the exploration about the ‘demonstrative’ arguments, this includes Aristotle’s discussion of ‘non-demonstrative’, or ‘merely probable’ arguments in the Topics, as well as the ‘fallacious’ arguments in the Sophistic Refutations, these two books together can be considered as Aristotle’s theory ‘dialectics’, or ‘art of discussion’, to which we might join another work not traditionally included within the ‘logical’ books, the Rhetoric, about the use of arguments in order of persuasion in ‘practical’ contexts like trials or assemblies). 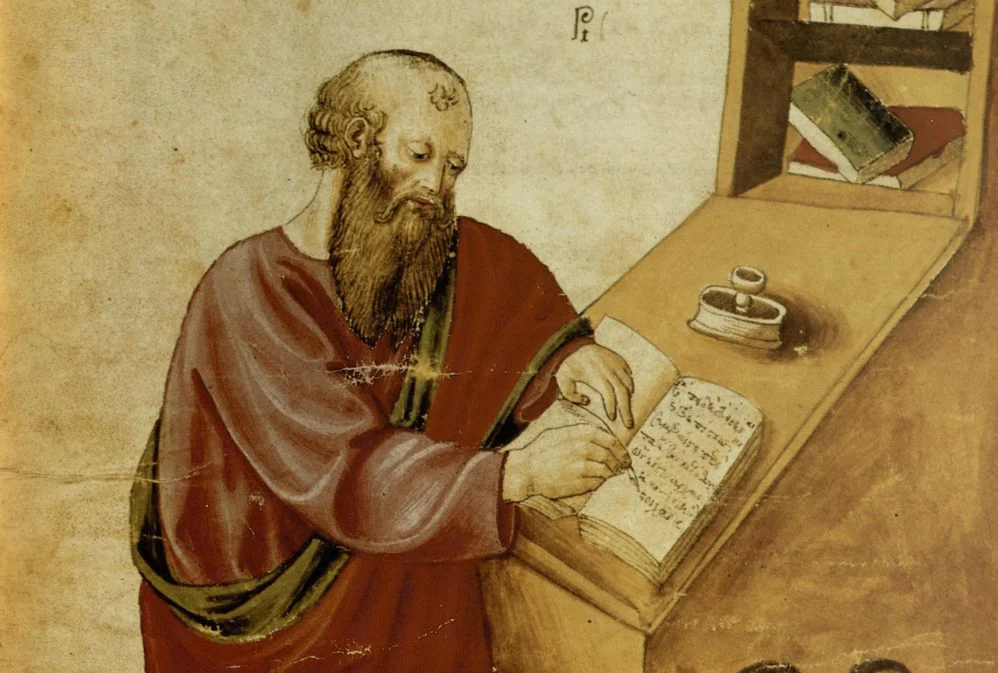 As I have mentioned in passing in the previous entries, Aristotle’s conception of ‘science’ is demonstrative knowledge of the causes that make it necessary that some general kind of fact is the way it is. The four concepts in italics are the fundamental ones. Starting by the end, science is always for Aristotle (as it was for Plato) some kind of universal knowledge, not knowledge about ‘the particulars’ (or the ‘instances’): we want to know why some type of things or events always happen in such and such way. We also attain ‘science’ when we show that this does not simply happens ‘always-but-by-chance’, say, but why it happens necessarily so. Hence, there is no role in this conception of science for something like ‘statistics’ or ‘probability’. We also may add that it would incompatible with this view doing something like a ‘historical’ science (or, to employ a 19th century word, ‘idiographic’, from ἴδιος: “particular”, the same root as in ‘idiot’ or ‘idiom’), except, perhaps, by using properly scientific, i.e., universal knowledge, as an explanation of some singular events, or by employing this as an example of the former general principles. The concept of necessity is linked to that of causal knowledge: knowing why something happens as it does, is what gives us also the knowledge of why it couldn’t have happened otherwise. I will come back to the notion of cause at the end of the entry, and will comment now the remaining essential element of the Aristotelian view of science, that of demonstration, which is probably what most clearly allows distinguishing scientific from other kinds of knowledge (like perception, experience, or ‘art’, i.e., téchne).

This idea of demonstration is what links the prior and the posterior Analytics, for the idea is that scientific knowledge of a determinate proposition is our having a logical proof of it, or, to say it in mathematical terms, proving that it is a theorem. The Prior Analytics establish how this can be done in principle, for what that book performs is a systematization of all the possible ‘demonstrative arguments’ (what Aristotle calls syllogisms)… under the assumption that all the propositions we are considering have one of the following four structures: “every S is P”, “no S is P”, “some S are P” and “some S are not P” (“S” stands for “subject”, and “P” for “predicate”). For example, “every fish is an animal; every shark is a fish; hence, every shark is an animal”, etc. We do not need to enter into the details of Aristotle’s systematization of the valid syllogisms (besides admiring the immense genius he displayed in even considering the idea of such a system); suffice it to say that the notion of an item of knowledge being ‘scientific’ to the extent that it can be proved as the necessary conclusion of a valid chain of syllogisms elicits immediately a question to which Aristotle actually devoted an enormous chunk of his papiri: where do the premises of these argument come from? Demonstration is possible only if it starts from propositions whose truth is at least as certain and firm (or, as Aristotle says, more certain and firm) as that of what we want to prove thanks to them, but these first principles are, by necessity, indemonstrable in themselves (i.e., they cannot be ‘theorems’), and hence, our knowledge of them cannot be ‘scientific’ in the very same sense of ‘demonstrable’. Aristotle concluded that there must be some kind of knowledge somehow ‘superior’ to science (or epistéme), and it identifies it under the label of ‘intellection’ (noûs), though he seems to be content with offering just a kind of ‘psychological’ (rather than ‘logical’, ‘methodological’ or ‘epistemological’) account of it, by saying (in different parts of his works) that it is the final stage of different kind of argumentative processes, from ‘rhetorical’ or ‘dialectical’ ones (like when he ‘explicates’, in the Metaphysics, what is for him the first one amongst the first principles: the ‘principle of non contradiction’), or, in the case of ‘baser’ scientific principles (those of the ‘special’ sciences like biology, astronomy, etc.), as the result of what he rather vaguely calls epagōgē (‘induction’), not a really technical term for him, but just a way of referring to every kind of ‘argument’ that leads to a indubitable universal conclusion from singular examples or from other non-logically-demonstrative ways.

Though tons of ink have been spoiled in trying to elucidate what was exactly Aristotle’s ‘theory’ about the noûs, or the intellection of first principles, probably the closer to the truth is that he just failed to have a ‘theory’ about it, and assumed the existence of that type of knowledge as (to say it with a Kantian idiom) a ‘condition of possibility’ of (his theory of) science, i.e., something his own theory required, but were incapable of further justifying (a justification, by the way, that Aristotle probably considered as impossible as unnecessary, as the ‘scientific demonstration’ itself of the ‘first principles’). What remained, however, was this idea that the main goal of philosophy (as that intellectual activity whose most eminent product is science) should be the elucidation of the ‘first principles’. Actually, when philosophy and science started to be regarded as two different kinds of activity (instead of the former being just the pursuit of the latter), one way of putting out the difference between both was that philosophy should provide the axioms or principles from which science starts. But this is still many centuries ahead.

I will end, as I promised, offering a brief comment about Aristotle’s notion of cause. As it is well known, he says there are four types of causes: agential, formal, final, and material. Aristotle devotes some of the last chapters of the Posterior Analytics to explain and exemplify these four types of causal explanation. And, to our astonishment, the example he offers of ‘material cause’ is the explanation of the fact that… the angle inscribed in a semicircle is right! (the so-called Thales second theorem). But, what has this to do with ‘matter’? The solution to this paradox comes if we notice that, in that chapter (B.11), Aristotle does not use the expression ‘material cause’ or anything like that (what he does, instead, in most of his other works), but the rather cumbersome formula ‘if certain things are, then it is necessary that this thing is’. I would like to venture that this is the first historical appearance of a concept that was not fully developed till the 20th century: supervenience. Hence, probably what Aristotle had in mind when talking about ‘material causes’ was something close to what we called today ‘supervenient properties’.