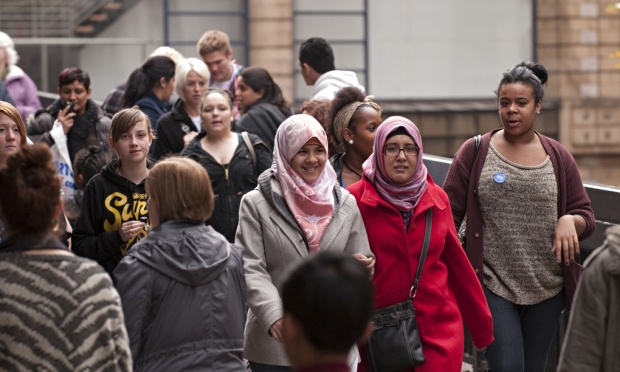 Why racism is not backed by science

As we gather more information about the genomes of more people a conclusion seems more and more evident: there is not such thing as race.

Bright spots seen on the surface of dwarf planet Ceres in photos taken by the approaching Dawn space probe are puzzling scientists. “Ceres’ bright spot can now be seen to have a companion of lesser brightness, but apparently in the same basin. This may be pointing to a volcano-like origin of the spots, but we will have to wait for better resolution before we can make such geologic interpretations,” said Dawn Mission principal investigator Chris Russell. The probe is getting closer to Ceres, and will eventually be able to give researchers more information about the dwarf planet.

A modified version of a bacterium has been used to capture palladium released into the air through exhaust fumes. First, E. coli is adapted to produce a biomolecule, which is the key component of this adsorbent and has two major functions; one to capture palladium; the other to help rapidly remove the metal from the environment. Once the E. coli produces enough biomolecules, the cells are broken down via sonication. Cellulose is then added to the crude cell lysate and the biomolecule self-assembles onto the cellulose to form the adsorbent.

An ancient ancestor of the caiman that lived in what is now the Amazon 8 million years ago had a bite much stronger than that of a Tyrannosaurus rex. Paleontologists determined that the prehistoric reptile Purussaurus brasiliensis‘ skull and teeth were better structured to snap up prey than T. rex.

Bumblebees can be tricked by false memories. Researchers introduced bumblebees to two types of artificial flowers, one yellow and one black-and-white, and noticed that the bees gravitated toward a third flower that was yellow and white, suggesting they merged the memories of the previous flowers into a new one.