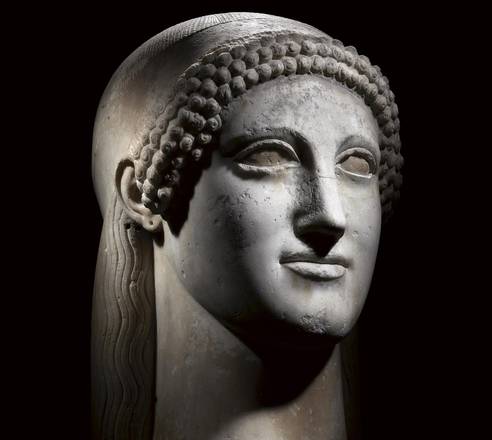 We, philosophers, tend to be more skeptical than the average person (though, if you know a little bit of the theories of some philosophers, I would understand that you take my claim with a grain of skepticism). In this series of entries, however, I will take you to a short visit to some of the most charming authors in the history of philosophy: the real skeptics. I will not present the theories of all, not even most of the main skeptical philosophers, but just those I think are more important, and in the last entries, those having more to say about philosophy of science.

It would be unfair to say that skepticism was born together with philosophy. What we call ‘philosophy’ started as the attempt by a group of weird Greeks (Thales of Miletus & Co., around 600-500 years before our era) to understand the world just through what they called lógos, which is usually translated as ‘reason’, but that was a term most commonly used to refer to what we call ‘language’ or, more ordinarily, just ‘talk’, or, in the form dialógos, ‘conversation’ (the prefix dia- meaning ‘through’, not ‘two’ –as in ‘diameter’–, as many wrongly believe by a bad analogy with the word ‘monolog’). Stated more simply, Thales and his disciples experimented if they could understand the world with their own human means, not with the help of gods or heroes.

Those philosophers, now known as ‘pre-Socratic’, discussed above all on the question of what ‘the principle (arkhé) of all things’ was. Some identified with water, some with air or fire, some with ‘the indefinite’ (for it could become everything), but some decades later, Parmenides of Elea (a small Greek colony in southern Italy, close to the famous temples of Paestum), attempted to liquidate the question stating that the thing (or principle) that absolutely all beings had in common was… yea… being. What does not coincide with that principle, i.e., with being, is… yea… not being (we would say ‘nothing’). So, being cannot be ‘mixed’ with anything else because… yea… everything that is not being is nothing. Hence, being is the only thing that ‘is’ (we would say ‘exists’). Of course it look to us as if there were many different things, things that now are this way and later are that way, but what logos tells us is that this is just false: the only thing that is, is being, eternally equal to itself. There is no plurality, there is no diversity, there is no change. There is only being.

Perhaps, if philosophy had started in a different land than Greece, this would have been the end of philosophy, with Parmenides’ theory (actually, his poem, for he wrote it in Homeric hexameters) transformed in a kind of mystic cult reciting his verses till the end of the times. But the drug of dialógos was already impossible to eradicate from the Greek people (well, more than one thousand years later emperor Justinian decreed the end of philosophising by closing all the remaining schools of philosophy of the Byzantine empire, sending to the exile to their members who still didn’t want to convert to Christianism), so they continued to discuss and discuss the Parmenidian ontology with more and more elaborate arguments. Some of these are the marvelous ‘paradoxes’ of one of Parmenides’ disciples, Zeno, determined to show that his master was right. You will surely be familiar at least with the argument about ‘Achilles and the tortoise’ (Achilles cannot overtake a tortoise in a run in which the latter has a head-start, for every time Achilles reaches a point on which the tortoise has already been, the tortoise will be at some point further in front; when Achilles reaches that point, the tortoise will be at some other point further in front, and so on and so on; hence, Achilles will have to traverse an infinite number of steps –each of them of what we would call a ‘non-zero length’–, before overtaking the tortoise; hence, Zeno argued, Achilles would need an infinite amount of time to overtake the tortoise).

Other Zeno’s ‘paradoxes’ are less known: for example, he argued that a flying arrow is not really moving, because at every moment in its trajectory, the arrow is exactly in its place (in the space occupying the length from its point to its tail, so to say), and ‘staying exactly in one place’ is the definition of being in rest. Movement would be, hence, something like the combination of an infinite number of states of rest, but if each one of these states is really of rest, there sum cannot be other thing than rest. Hence, there is no really movement. Another ‘paradox’ does not refer to movement: if one grain of millet (or, with an easier example to us, a flake of cotton) falls to the ground, it makes no noise at all; the noise that a bushel of millet (or say, a big sack of cotton) makes when falling is the combination of all the sounds made by every grain within the bushel (or every flake within the sack); but the combination of thousands or millions of no-noises cannot be a noise. Hence, there is no real sound.

I beg you to erase the smile there is now on your face, for Zeno’s ‘paradoxes’ kept mad generation after generation of mathematicians and scientists, till in 19th century a new logical analysis of infinitesimal calculus (the most successful attempt of ignoring -not yet resolving- the problems stated by Zeno) eliminated all the contradictions that disfigured, and a till a scientific study of the neurophysiology of perception was possible even some decades later. Yes, you have read well: the monumental work of Newton and Leibniz you started to study in your high school was simply founded on contradictions, and all mathematicians from 1670 to 1870 (when Dedekind offered his own solution) knew that, in spite of the tremendous success of the calculus in its application to more and more difficult problems. This means that those mathematicians could not claim to have a knowledge of calculus that were ‘based on purely logical principles or self-evident intuitions’ (as it is usually claim in other areas of mathematics): they simply accepted it as valid because it helped wonderfully well to solve a lot of problems and to make a lot of successful predictions. I mean: they accepted the validity of calculus on empirical grounds. By mid 19th century (an essential part of) mathematics was, hence, an empirical science. And many suspect that it still is. But this is taking us too far apart from our story of the skeptics.

To tell the truth, we cannot consider either Parmenides or Zeno as real ‘skeptics’, for after all, they accepted the existence of something (the being), though they doubted of the truth of most, if not all, of our common knowledge. In order to meet the first ‘real’ skeptic we have to let pass a few decades and find another Italian (or, in this case, Sycilian), Gorgias of Leontini, one of the founders of the movement later known as ‘the Sophists’. We actually know almost as little from Gorgias as from his predecessors; it is particularly a pity that we know better some of his main theses than the arguments he himself offered to defend them: what we know are, rather, the attempts of authors several centuries his youngers to understand what Gorgias’s reasons to assert those strange theses could have been, or their own more or less confused understanding of Gorgias’ old text. The thesis, however, seem to have been pretty clear:

These are obviously startling claims. For the first one, Gorgias’ argument seems to have been that the existence of being, as proposed by Parmenides and Zeno, had been shown to lead to lots of contradictions, so the notion of being is self-contradictory and cannot exist; but, if there is not being, then there is no being. For the two latter claims, the argument probably was that thought is different than being, and words are different than thought. I.e., things do not exist within your head when you think about them, or when you know them… what happens in your head –well, Gorgias very probably would not have talked about the head, but probably about the noûs, intelligence– is one thing, and what happens out in the world is another thing; the same happens with respect language: what you transmit by speaking are sounds, not thoughts (and even less the real properties of the supposedly real things existing ‘out there’). In a nutshell, being, thought, and talk are completely heterogeneous entities, so that no communication is possible between them.

We don’t know (of course we don’t, Gorgias would say) whether he was taking these arguments (or whatever his original arguments may have been) ‘seriously’ or just as a joke. The Sophists, after all, were proud to be capable of convincing us with equal strength of any two opposite claims. So, perhaps Gorgias was simply making fun of Parmenides’ and Zeno’s theories. Or perhaps not.