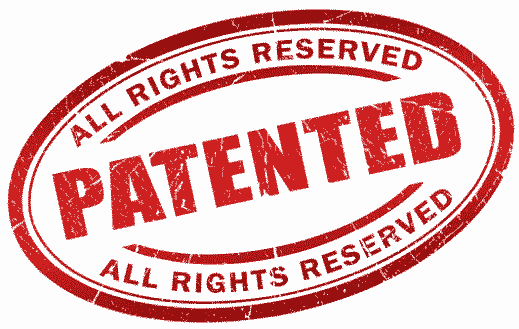 Intellectual protection via patents and copyright provisions, among other mechanisms, has been defended on the grounds that, without it, intellectual works would not be produced in the first place. Consequently, the monopoly granted by the patents or the copyright was considered a second best. This rational has been challenged in recent times, as it did not consider other sources for profits to be appropriated by the creator of the intellectual work, and lacked empirical analysis to support its claim. The last decade has seen how the economic literature started a serious research agenda to address these issues. To understand the various aspects of the problem it is convenient to keep in mind the questions that need to be answered:

Efficiency deals with the first two questions, while fairness takes into account the third one. There is an additional complication that has become more evident with the new technologies. It happens when a new invention requires the use of many previous developments, each of them with their respective patent. If patents are indeed a necessary condition for intellectual creation, in the absence of negotiation costs this would pose not problem for agreements to their use. However, the fragmentation of patent ownership increases the costs of negotiation; this, together with the asymmetric information on costs and benefits for the different patent holders and for the new invention, may mean that the patent system is a handicap for innovations. It is also possible that, in the end, the patent is a good solution to this problem if it facilitates the disclosure of information regarding what inventions are available, and does it in a better way than any alternative. Theoretical research has shown that anything can happen, as differences in the bargaining environment and contract efficiency can drive the answer in one or another direction. Notice that this new question entangles issues pertaining the first two questions listed above.

Galasso and Schankerman (2015) 1 report an empirical research that helps to understand this issue. To answer the question whether patent rights facilitate or impede follow-up innovation the authors take advantage of the natural experiment that occurs when patents are invalidated in the Court of Appeal for the Federal Circuit. If the invalidated patents are more used in subsequent research than non-invalidated patents, a causality link can be established. For that, one needs to be sure that both sets of patents are homogenous in the relevant aspects and that the invalidation process does not show any bias for patents in one or another sector. To address the first issue the authors control for different variables like the number of claims and citations received prior to the Federal Circuit decision, age, year, and technology field. The second issue is resolved as the judges are assigned randomly to each case, and thus the system corrects for the propensity of different judges to invalidate. Of course this is a simplification of the work, as the authors need to solve the additional complications that arise by the fact that decisions are made by a committee of three judges, and by the possibility of additional features that may bias the decision (for instance, if the patent has been invalidated by lower courts). The authors construct the appropriate econometric models and make the corresponding robustness tests to make sure their results are valid.

The information about the patents is collected from the Patent Trademark Office (USPTO) patent data set. Patent applicants are required to disclose known prior art that might affect the patentability of a claim. Further, if a patent has expired or has been invalidated, its art status is not affected and must also be cited. These rules are strongly enforced, and failure of disclosure may render a patent unenforceable. The authors use the number of citations by subsequent patents to the focal patent as a measure of cumulative innovation, as the only practical thing to do if one wants to cover a wide range of technology fields. Nevertheless, for some fields, like drugs and medical instruments alternative measures are available. Robustness tests show that their results do not depend on the particular proxy used in the analysis.

Finally, in order to interpret the results and compare them to the existing literature, the authors develop a theoretical model of patent negotiation that generalizes the previous ones. In particular, they introduce a first assumption that generates asymmetric information and a second one that creates a coordination problem. By dropping the first assumption, the model predicts higher follow-on innovations, in line with the earlier model by Kitch (1977) 2. By dropping the second assumption the model predicts a reduction, as in Bessen and Maskin (2009) 3. Finally, if both assumptions are dropped, the model is similar to the one in Green and Scotchmer (1995) 4, with efficient investment.

These findings are important for economic policy, as they suggest that the problem of cumulative innovation, being concentrated in specific environments, could potentially be addressed using a targeted regulation, designing policies and institutions that facilitate more efficient licensing. One example is the biomedical institutions studied by Furman and Stern, 2011 5: a biological resource center, whose objective is to certify and disseminate knowledge, and that they find effective in the sense that it amplifies the cumulative impact of individual discoveries.

Finally, it should be stressed that this empirical work says nothing about the question whether the patent is necessary or not to have the intellectual work done in the first place.

Nanotechnology: undermined by the patent system?

On the Genealogy of Innovation, or how to look for power with a hammer