Author: José Luis Granados Mateo research is focused on the philosophy of innovation. He is currently pursuing a PhD at UPV/EHU 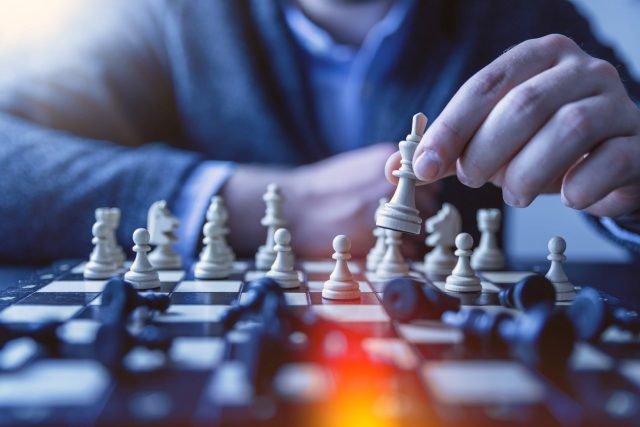 The term “innovation” has been ubiquitous for decades in many areas of European society. Since Lisbon 2000—and even earlier—the European Union has promoted policies to drive innovation with the intention of restoring to Europe the economic leadership it has undoubtedly lost.

Two decades later, we are close to Horizon 2020—at least chronologically speaking. Within the framework of current research, innovation has again become one of the main focal points. As stated by the Innovation Union, “We have to improve and turn research into new and better services if we want to remain competitive in the global market and improve the quality of life in Europe.” Science, technology and commerce arrive in our mailboxes in the same packages closed by the seal of innovation. A phenomenon today that is practically unquestionable.

However, this hasn’t always been the case. There was a time when innovation wasn’t so well regarded—when both science and technology innovated, but were reluctant to be branded as “innovators.” Benoît Godin—a researcher and professor at the Institut National de la Recherche Scientifique Montreal—has studied this trend throughout the history of Europe 1. As his research demonstrates, up until the 20th century, innovation was considered a “bad habit”, as something explicitly forbidden by law and pejoratively used by opponents of change

Nonetheless, today it’s lauded as an “emblem of modern society”—a cliché of our era, presented as a symbol of prosperity. It has spread from politics to all fields; because not only must companies be innovative, but we must also innovate in education, public services, cities, and practically any other sphere of society susceptible to change. Converted into a predominant value and then recreated as a cult of novelty, innovation and progress go hand-in-hand: why?

The Engine of Economy

Our current understanding of innovation is—to a large extent—due to the evolutionary theory of economics. Specifically, from the works of Joseph Alois Schumpeter (1883-1950), the author most frequently cited in studies pertaining to this term.

In studying economic cycles, Schumpeter described a socio-economic paradigm in which innovation is the internal engine of economic development. Analogous to the biological world, he conceived of new technologies as resources for companies to better adapt to their environment and to increase their competitive capacity. One only has to look, for example, at how the creation of new ICTs broke into companies, destroying all the technological solutions that had become obsolete. New companies were born and others perished. Some could adapt, while those who couldn’t faced extinction. For Schumpeter, innovation “unceasingly revolutionizes the economic structure from within, destroying old structures and constantly creating new ones.”

Shortly after the launch of this theory, the United States became aware that its international power was primarily based on its technological hegemony. For this reason, they heavily invested in attaining a comprehensive understanding of the factors which served as the basis of this superiority, giving rise to the so-called neoschumpeterian current of thought. These economists deepened their knowledge of the processes that brought technology to market, since the ability to produce inventions was not a conditio sine qua non for them to reach the market and produce competitive advantages.

For this reason, the Organization for Economic Cooperation and Development (OECD) favoured the study of innovation and supported the development of policies for its promotion in its member countries, also in Europe. These policies have been increasing, and—after having previously been denigrated in European politics for centuries—today innovation is venerated as the panacea in the face of the economic decadence in which we live. A panacea that, curiously enough, entails a phenomenon that should not go unnoticed: innovation generates power.

Innovation was conceptualized by Schumpeter as creative destruction, for which he relied on another economist: Werner Sombart. The latter openly admitted to the profound influence Nietzsche’s ideas had on his economic theory 2. Schumpeter was an isolated and highly original thinker, as was Nietzsche. Neither were taken seriously by their contemporaries. And yet, both were instrumental in shaping the future—our present. Some men truly are born posthumously.

Nietzsche was a great innovator of Western culture, attacking both the decline of its institutions and its philosophical foundations. Arguing that “whoever wants to be a creator…must first be an annihilator,” he devised the concept of the “Übermensch” in order to break with the prevailing societal norms and generate a new morality from the ashes of the old.

Now, we’re not talking about the Übermensch; we’re talking about the entrepreneur. And although there’s no mention of the will to power, talk about the need to innovate abounds. In this sense, it wouldn’t be unreasonable to declare—in the style of Nietzschean philosophy—that “innovation is dynamite” or that “entrepreneurs innovate by hammering.”

Therefore, not only do we have to pay attention to the results of innovation, but we also have to question the phenomenon itself. At least if we want to be truly innovative in a world driven by competitiveness and unbridled economic growth. The quest for power through innovation is a profound ethical issue. Ulrich Beck states this clearly: “Where no one speaks of power, it is unquestionably there, with security and at the same time with greatness in its unquestionability.” Let us be careful, then, not to turn creative destruction into destructive creation.

Note: A version in Spanish of this article was published in The Conversation. The English version is the author’s.

What motivates assassins to kill?