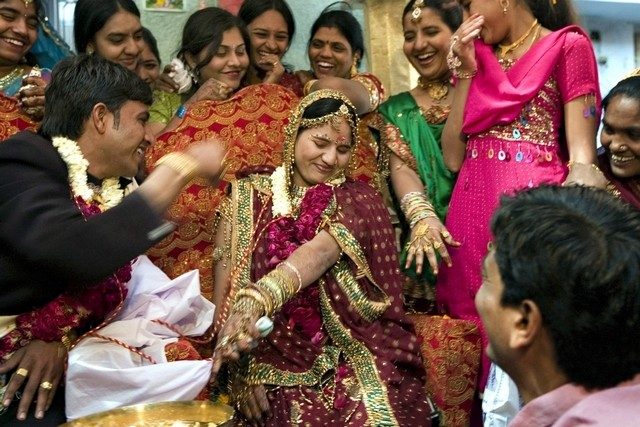 A Spanish folk saying goes “mujer que sabe latín no tiene marido ni tiene buen fin,” which may be translated as “a women who knows Latin can expect neither a husband nor a good ending”. The saying implies how difficult is has been traditionally for an educated woman to be accepted as a bride. Social studies have documented instances in which this indeed seem to be the case and have proposed different hypotheses for the fact, like male chauvinism, power domination, educated women’s choice to remain unmarried or the assignment of different values to a stay-home wife (see, for instance, Ganguli et al., 2000 1).

Anderson and Bidner (2015 2) study the property rights of women over the dowries, and the way they are affected by development, including the increase if the human capital held by women. Some of their conclusions may shed some light into the accuracy of the above-mentioned folk saying. The rest of this article summarizes their work.

In traditional societies, women have few legal rights of their own, and transfers at the time of marriage constitute an important source of property ownership, and very often the only source. However, even this property is not entirely in the hands of the woman as, once married, the man may take control of it, total or partially. The evolution of women’s property rights over their own dowries has been extensively studied by historians, sociologists and economists. One of the most striking regularities documented in those studies is the fact that the rights deteriorate in the initial stages of development to the point that some countries have passed specific legislation to curb its spread. The fact is more remarkable when one notices that other forms of women’s rights improve.

To mention just a few examples, the deterioration occurred in Renaissance Venice (Chojnacki, 2000 3), central Italy (Reimer, 1985 4; and Krishner, 1991 5), the late Middle Ages in Europe (Herlihly, 1976 6), early modern period in Caslile (Reher, 1997 7), and 17th century in Moscow (Kleimola, 1992 8). In general, historians find a correlation between periods of economic expansion and the shift from dowries as a bequest towards dowries as a price. In these old times, expansions correspond to increased economic opportunities for men, but not so much for women. Contrary to the decline of rights over the dowry, in these periods one finds a documented increase of women’s property rights as is attested by notarial evidence of women buying and selling property, and lending and borrowing money, as well as the passing of legislation to secure the property right of widows. In fact, early feminists of the time, while supporting the increase of women rights, instead of demanding an improvement on property rights over dowries, attacked the system altogether (Cox, 1995 9; Goody, 2000 10).

Dowries saw a decline with industrialization, and investing in daughters replaced direct transfers to grooms (Goody, 2000). In contemporary times, India represents the most dramatic example of a transformation of dowries as bequests to groom-prices to the point that the Dowry Prohibition Act was passed in 1961 with the explicit attempt to abolish the groom-price and allow bridal transfers. However, in practice, there is direct evidence that increased earning opportunities among married men forces dowries to serve as a price in present-day India (e.g., Caplan 1984 11; Srinivas 1984 12; Nishimura 1994 13). There is less research in the rest of South Asia, but the available studies suggest the same trends in Pakistan and Bangladesh.

The dowry system presents a dual role. First, it is de-facto a pre-mortem bequest towards the daughter. Second, it is a price paid to make a bride more attractive. According to Anderson and Bidner (2015), their work is the first one to take into account the two roles explicitly and, then, is able to explain the paradox of declining property rights with development. To study the economic incentives involved in the dowry system, the authors construct a model where families have to decide how much to invest in a child (male or female), providing them with education, health, occupation, land or any other kind of wealth. At marriage, the family of the bride has to pay the groom a direct transfer of wealth that depends on the quality of both the bride and the groom, where the quality is measured by the investment in the child. A high quality groom needs a higher payment than a lower quality one. Also, a high quality bride is more attractive than a low quality one. Once married, both the man’s and the woman’s share of the control of the total marital resources depend on their prospects outside the marriage. This model captures the dual aspect of the dowry: the investment to have a high quality bride is the bequest component, while the wealth transfer to the groom is the price component. One important characteristic of the model is that the total resources controlled by the groom cannot be contracted ex-ante, as they are the result of a bargaining within the marriage. That is why, when the grooms quality increases (as in earlier stages of development), a higher payment is needed. If the total of the resources towards the dowry does not increase much, the bequest part would decrease to make room for a higher wealth transfer to the groom. This is true even if the investments in the quality of the bride give a higher return and, thus, the wealth transfer is not only socially inefficient, but also inefficient within the marriage.

Another interesting result is that an increase in the productivity of daughter’s quality raises the equilibrium property rights over dowry. This is brought about in part by a shift in the allocation of female family expenditure toward investment in the quality of their daughter, and in part by a lower price of male characteristics. Further, as productivity increases, the groom-price may disappear completely and even become negative. This is the key to the discontinuation of the dowry as an economic mechanism. There are two reasons for this: the price of male quality falls, and second the marginal cost of producing female quality decreases and goes to zero.

So far, these results indicate that stronger legal rights for women are undone in the marriage market insofar as brides lose property rights over dowry to grooms. The authors are able to go further and show such changes at best have no effect the welfare of women and can actually lower their welfare. The latter possibility arises when the marriage payment is inefficient relative to investment in quality.

Women accept more requests for tasks with low promotability. Why?