Fernando Blanco is currently a postdoc at Labpsico, the Laboratory of Experimental Psychology at the University of Deusto. Previously, he was a researcher at KU Leuven. 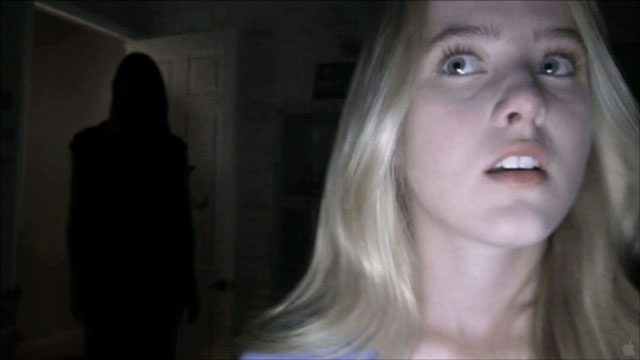 Why some people believe in ghosts, haunted houses, or telepathy, while others remain skeptical? This question has been present in the scientific literature for decades and still remains unanswered. Research has discarded several candidate causes for this difference, such as deficits in intelligence or lack of reasoning skills 12.

According to our current scientific knowledge, even intelligent and well-educated people can believe in the paranormal. Thus, whatever underlies the belief in the paranormal, it can affect everybody. We just don’t know what makes some people more vulnerable than others.

Given this state of affairs, a team of researchers from the University of Deusto wondered whether a cognitive bias known as “causal illusion”3 could be related to the origin of some paranormal beliefs. The causal illusion consists of believing that two events are causally related, even when they are not. For instance, imagine a student who wears a lucky charm, and happens to perform well in a test. Even if there is no possibility that the two events are causally related, he or she might be inclined to believe that the amulet actually worked to increase the chances of getting a high score. In this example, it is easy to understand how the causal illusion can lead to the development of a superstitious belief. Note that a typical feature of causal illusions is that they appear easily when many fortuitous coincidences between the potential cause (the lucky charm) and the potential effect (scoring high in the test) are observed by the person. If you experienced positive consequences almost every time you wear your lucky charm, wouldn’t you take these coincidences as compelling evidence indicating that your amulet brings good luck? Coincidences are the soil on which causal illusions grow.

In a recent article, researchers from the University of Deusto reported an experiment 4 in which they tried to shed light on the question of why some people develop paranormal beliefs, and whether this has something to do with causal illusions. In their experiment, anonymous participants were asked to use a program similar to a videogame, in which they had to imagine that they were medicine doctors trying to save as many patients as they could. The mechanics of the program was simple. They were presented with sequences of fictitious patients suffering from an illness. For each patient, participants had to decide whether or not they wanted to use a newly discovered drug, and then they were told if the patient felt better. Thus, participants were free to decide when, and how often, to use the drug. At the end of the experiment, they were asked to rate the perceived effectiveness of the drug: did it work to heal the patients? Actually, the medicine did not work at all, but patients recovered spontaneously very often during the study, to create the opportunity for fortuitous coincidences between using the drug and healing the patient. Obviously, those participants who used the medicine very often were incidentally exposed to lots of coincidences between the two events, and thus were expected to develop a causal illusion that the medicine was working, just as in our example. Finally, in addition to this computer task, participants filled in a questionnaire about their beliefs in a range of domains related to the paranormal, from the Loch Ness monster to astrology to spiritual energy5.

The researchers found a consistent pattern in their data. First, participants with more paranormal beliefs showed stronger causal illusions: as compared with skeptics, they were more likely to develop the illusory belief that the actually useless drug was working to save the patients. This suggests that this type of beliefs is indeed associated with the causal illusion bias.

Second, and more important, there was a difference in the way believers behaved during the task. As they were given the opportunity to decide whether or not to give the drug to each patient, believers tended to use the drug much more frequently than did skeptics. These, on the other hand, preferred to give the drug to about one half of the patients, so that they could effectively see what happened both when the drug was used and when it was not used. Blanco and colleagues interpreted the believers’ biased behavior as the origin of the causal illusion. Given that the videogame was programmed to show a high rate of spontaneous recoveries from the disease, using the drug (which was completely useless) very frequently led to multiple accidental coincidences between drug administration and recovery, thus producing the belief that the treatment was working.

Although the study is not conclusive, the experiment suggests an interesting explanation for the individual differences in the tendency to believe in the paranormal. Causal illusions could underlie paranormal beliefs. Now, if some people have a more pronounced tendency to try to confirm their beliefs by, say, wearing a lucky charm often, or avoiding number 13 in every opportunity, they will eventually be exposed to frequent, yet accidental, coincidences between these actions and the effects they were trying to obtain, such as getting good results in an exam or avoiding accidents. As we already know from many previous experiments, these coincidences are the main ingredient to produce strong causal illusions. Moreover, once the causal illusion is set, it feeds a vicious circle: because the person suspects that their actions do work to produce a desired outcome, he or she will repeat these behaviors in the future, producing more coincidences and strengthening the illusion. In the end, the person won’t mind to consider alternative beliefs or potential causes for the events they observe. For example, they will just attribute any good score in their tests to their lucky charm, which they will wear every day.

Admittedly, the study does not cover any possible situation in which a paranormal belief can be acquired. Many of these beliefs could be well transmitted culturally. However, we can take this research as a first step towards understanding how people use the information they collect in their everyday life to build mental models about how things work, and how this process might lead them to believe strange things.

In conclusion, the study suggests that a mere tendency to try and test what happens when they perform an action, rather than seeing sometimes what happens when they do not, might produce eventually gullible individuals who develop paranormal beliefs and don’t consider alternative explanations for the events they experience. Therefore, if you want to avoid this trap of believing, you should stop and think whenever you sense that uncanny feeling of a convenient coincidence: good, your soccer team scored exactly when you were crossing fingers right in front of the TV. Now, try to not cross fingers next time and see if they play a good game anyway.