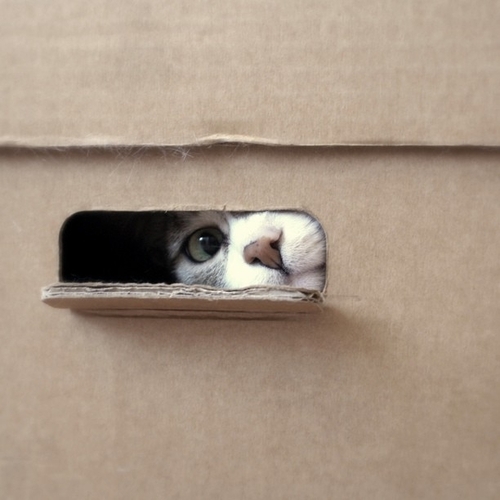 We usually think of nature as existing completely independently of us and possessing a definite reality and behaviour even when we are not observing it. For instance, you assume that the world outside of the place where you are now sitting still exists pretty much as it was when you last observed it. Certainly this is the way nature always behaves in our everyday experience, and this view is a fundamental assumption of classical physics. It even has a philosophical name; it is called “realism,” and for phenomena and objects in the range of ordinary experience is perfectly appropriate.

But, as Bohr so often emphasized, we have to be prepared to expect that the quantum world will not be anything like the everyday world in which we live. Max Born, one of the founders of quantum mechanics, has written:

The ultimate origin of the difficulty lies in the fact (or philosophical principle) that we are compelled to use the words of common language when we wish to describe a phenomenon, not by logical or mathematical analysis, but by a picture appealing to the imagination. Common language has grown by everyday experience and can never surpass these limits. Classical physics has restricted itself to the use of concepts of this kind; by analyzing visible motions it has developed two ways of representing them by elementary processes: moving particles and waves. There is no other way of giving a pictorial description of motions—we have to apply it even in the region of atomic processes, where classical physics breaks down.

Given the realist worldview of many scientists at the time, criticism was ferocious and quite productive. The idea that the solution of Schrödinger’s equation is a wave that represents, not a physical wave, but the probability of finding the associated particle in some specific condition of motion has had great success. In fact, every experiment devised so far to test this interpretation has confirmed these results. Yet many scientists still found it hard to accept the idea that it is impossible to know exactly what any one particle is doing. The most prominent of such disbelievers was Einstein.

Einstein agreed with the usefulness and success of quantum mechanics, but he refused to accept probability-based laws as the final level of explanation in physics. An expression he used many times about not believing that God played dice expressed Einstein’s faith that more basic, deterministic laws are yet to be found. By this he meant that if all the conditions of an isolated system are known and the laws describing the interactions are known, then it should be possible to predict precisely, according to “strict causality,” what will happen next, without any need for probability.

Some scientists agreed with Einstein, but all scientists do agree that, as a theory, quantum mechanics does work in practice. It gives the right answers to many questions in physics; it unifies ideas and occurrences that were once unconnected; it has produced many new experiments and new concepts; and it has opened the door to many technological advances, from transistors, microprocessors, and superconductors, to lasers and the latest medical-imaging techniques.

On the other hand, there is still vigorous argument about the basic significance of quantum mechanics. It yields probability functions, not precise trajectories. Some scientists see in this aspect of the theory an important indication of the nature of the world. There are other scientists for whom the same fact indicates that quantum mechanics is still incomplete. Some in this second group are still trying to develop a more fundamental, nonstatistical theory. For such a theory, the present quantum mechanics would be only a special case. As in other fields of physics, the greatest discoveries here may be those yet to be made, meanwhile the fact is that the reality out there gets weirder the more we try to understand it.

Do some paranormal beliefs develop from the experience of coincidences?

The dawn of the quantum network: quantum interference over 300 km of optical fiber